There are quite a few features that can be enabled in the experimental section of Google Chrome that are specific to Chrome OS. Some things may make it into the official version some day, but they’re available to tinker with now, and they really change how much you can do with your Chromebook. Want to change which side of the screen your launcher is on? Wish your touchpad supported more gestures? Read on to find out about five great features Chrome OS already supports that are buried away under its settings.

To get started, you need to open a new tab page and type “chrome:flags” in the omnibar. 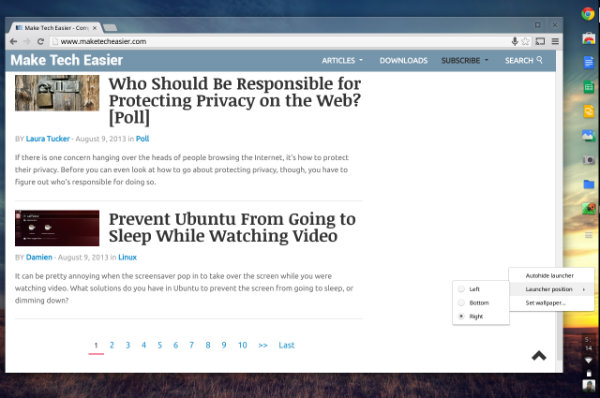 Some users simply hate having their launcher on the bottom side of the screen. Ubuntu ships with its dock pinned to the left. Many Mac OS X users move their dock to the side to take better advantage of their high-resolution widescreen displays. Windows may be known for getting much of the world used to having a taskbar at the bottom, but it has long supported the ability to move it around to any of the four available sides. To enable this feature in Chrome OS, search for the “Show launcher alignment menu” option. Once enabled, right click anywhere on the launcher and select “Launcher position” to pick where you want the launcher to be. 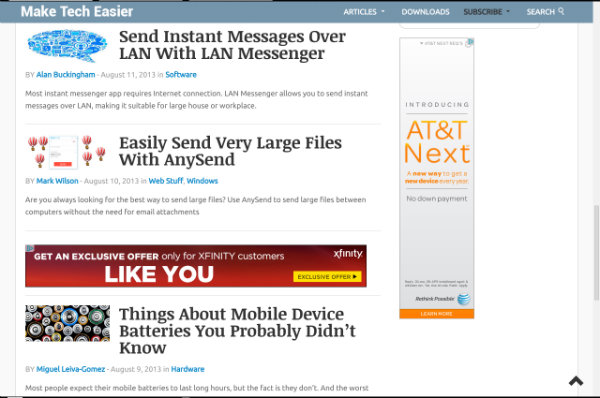 Chrome’s built-in full-screen mode is already pretty immersive, except when it’s time to switch to another tab. Then you must exit full-screen mode, click on another tab, and re-activate it. This can be somewhat jarring. An alternative is to search for and enable “Immersive fullscreen.” After restarting, a thin white strip will appear along the top of your screen, indicating how many tabs are open and where to position your mouse to switch between them. This is akin to the launcher’s behavior when it’s set to auto-hide. When combined with 3-finger tab scrolling, users rarely need to view anything other than the content they hold dear. 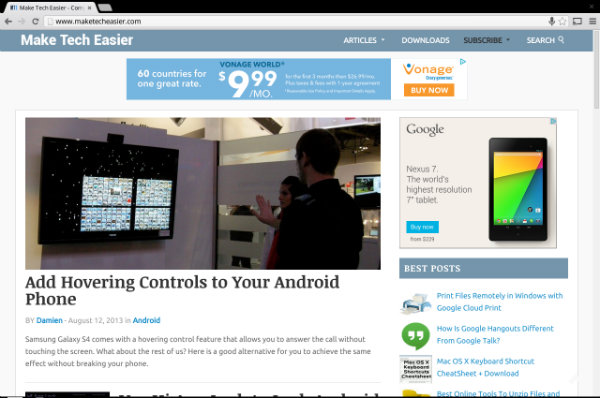 While Chrome OS now has a dedicated window manager capable of supporting many windows at a time, the platform began as a browser that couldn’t be windowed. While it’s understandable why the switch was made, some users were just fine with Chrome OS functioning exactly as it was. It may not be possible to replicate the old version of the OS, but users can still partake in a permanently maximized browsing experience. Just search for “automatic window maximization.” While some apps will still open in windows, such as the calculator and the camera, most will only open maximized from now on. The maximize button will also disappear from the titlebar, so it will be impossible to window these windows without resetting the flag back to normal.

4. Only Show Apps In Search Results 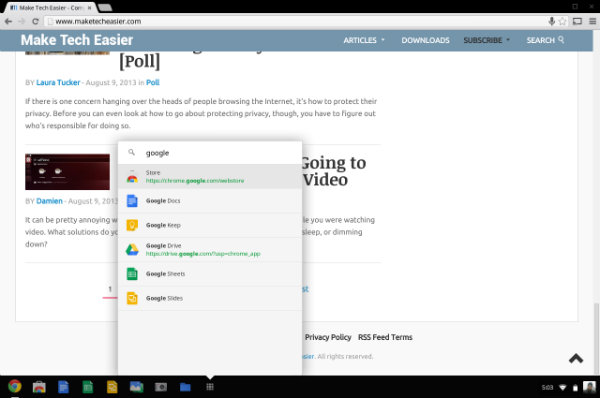 Chromebooks have a dedicated search key that pulls up an app menu with a search bar on top. By default, typing in this box will bring up installed apps along with general search results. To remove those results, enable “apps only search for app list.” This makes it easier to fire up apps, and given that the location bar within the browser also searches google when a full URL isn’t typed in, performing web queries is already quick and easy to do. 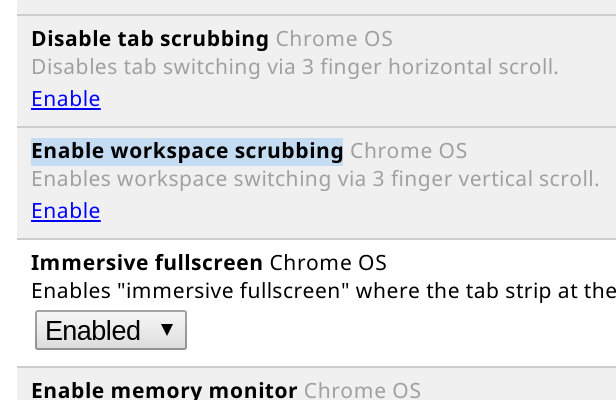 Chrome OS supports switching between tabs using a 3-finger swipe gesture on devices with appropriate hardware. This feature comes out of the box, but there’s another similar gesture that’s still buried away. Search for “workspace scrubbing” to enable the ability to switch between windows using a 3-finger swipe.

If you are not aware, Chrome OS is rich with features, even if some of them aren’t quite ready for prime time. It’s generally safe to toggle these without breaking your device. Tinker away, and feel free to share with us other cool features that you find.