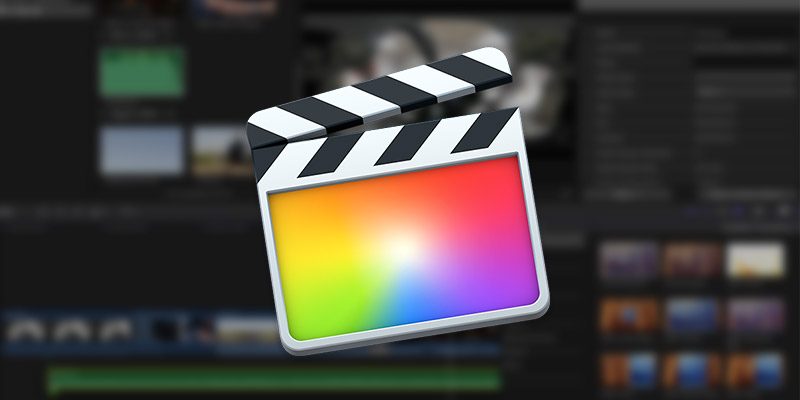 Final Cut Pro X is Apple’s professional video-editing suite. It’s changed a lot since the old days of Final Cut Pro 7, and while not everyone has been happy with the change, the program is undeniably easier for beginners to handle. With iMovie-like snapping and an interface run via drag-and-drop, you’ll have no problem getting started with Final Cut Pro.

You can purchase Final Cut Pro X from the Mac App Store for $299. Unfortunately, there’s no demo or trial available. Once you have the program downloaded and installed, open it for the first time.

By default, Final Cut Pro (FCP to its friends) will set itself up with some useful default.

Before you can edit anything, you need to get your raw video files into Final Cut Pro. The example below covers the case of digital video files that have already been transferred to a local hard drive. If you want to follow along with the same media files, download them from Ripple Training.

To import media, either click the “Import” button in the media browser or choose “File -> Import -> Media.” You can also press Command + I. 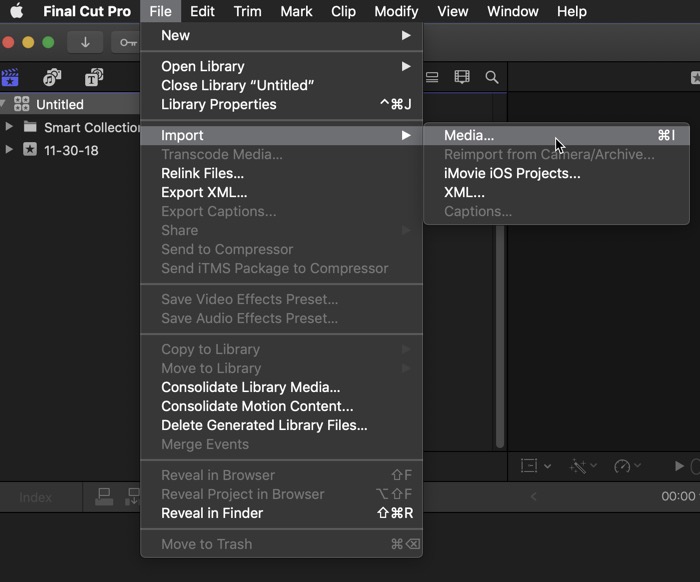 This will open the import window. Locate the clips you want to import and click “Import All.” The clips will populate the media browser in an instant. 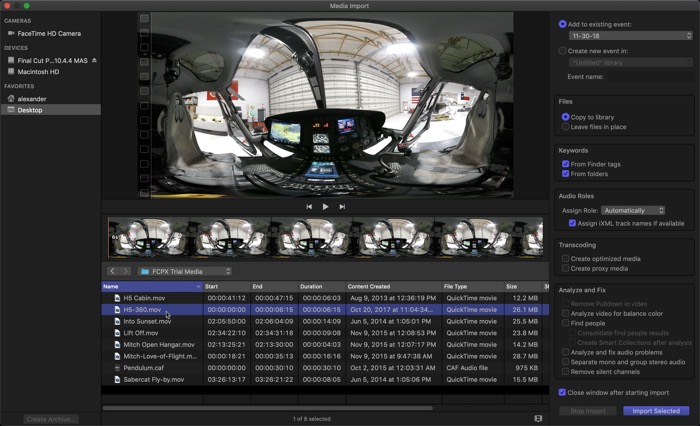 Working with the Timeline

The timeline at the bottom of the screen is where you’ll make your edited video. This is where you’ll put clips that you want in the final cut. Here, we can trim clips, change clip order, apply effects – nearly everything you do in FCP happens in the Timeline.

To start editing, click the “New Project” button in the timeline and proceed with the default options. FCP will create a “Project” in your media library, which is the saved version of your timeline. Final Cut will automatically match the timeline’s characteristics with your video’s characteristics. 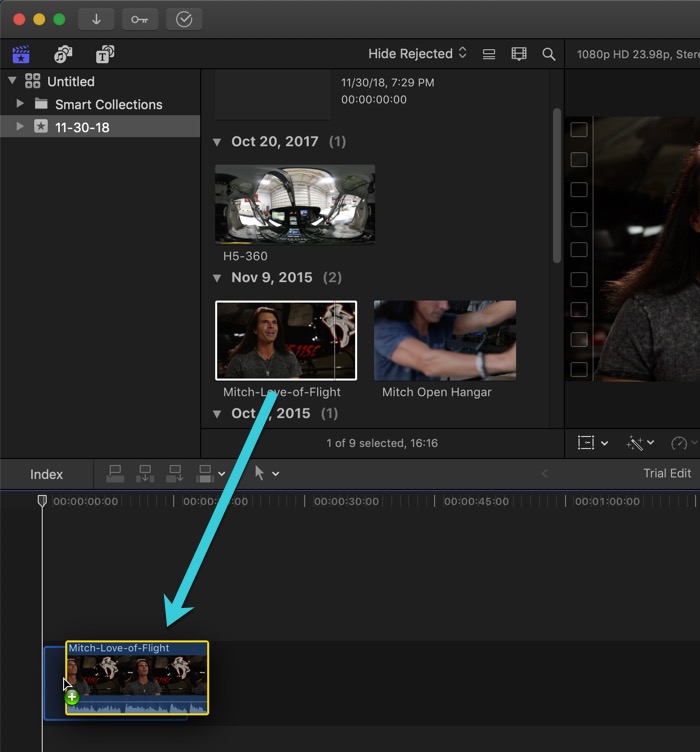 Once they are all there, press the Spacebar to play back the sequence. As you’re watching, consider how you can change the edit to improve it. Are there clips that need to be shortened because they’re boring? Does the clip start before the mic was recording, or with undesirable handling noise? Which part of the clip is the most important to portray your narrative? Everything has a narrative, even tutorial projects.

If you think you need to trim some clips down, you’re absolutely right. It’s really easy, too. Press T to bring up the trimming tool. Your cursor will change to reflect the tool selection. Drag your cursor down to a space between two clips. 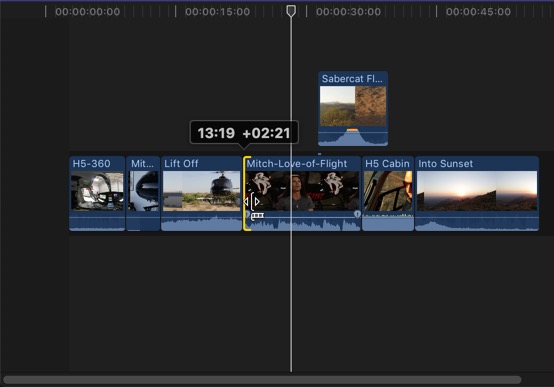 As you trim, you’ll see that the other clips automatically “stick” together, even when you change the length of one clip. That’s a huge help for us since it avoids accidental black frames. 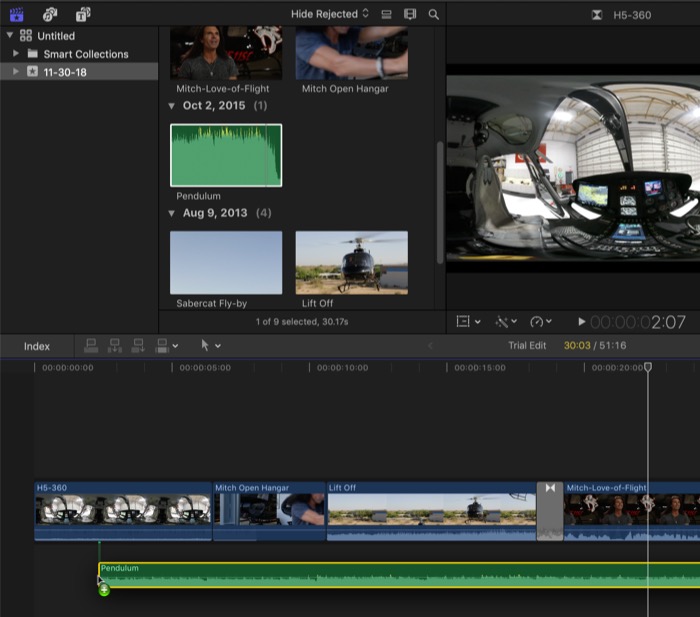 You’ll see a waveform appear, which describes the track’s volume level. You may notice the audio track is shorter than your clips. If so, you can try cutting with the audio. For extra credit, you could try to create a seamless extension of the existing track. That’s not easy, but the Blade tool (B) will be helpful.

If you want to transition between clips, open the transitions library in the lower right. If you don’t see the transitions window, press Ctrl + Command + 5 or click the X-shaped icon farthest to the right in the bar above the timeline.

Drag the transition you want on to the boundary between two clips to apply it. Note that you may not be able to place a transition if you have the clip extended to its maximum length.

When you’re ready to share your video with the world, you’ll export it from FCP. This is done in “File -> Share.” Select “Master File” to export a digital video file. The other presets are useful when you need them, but in most cases, you’ll just want a file. 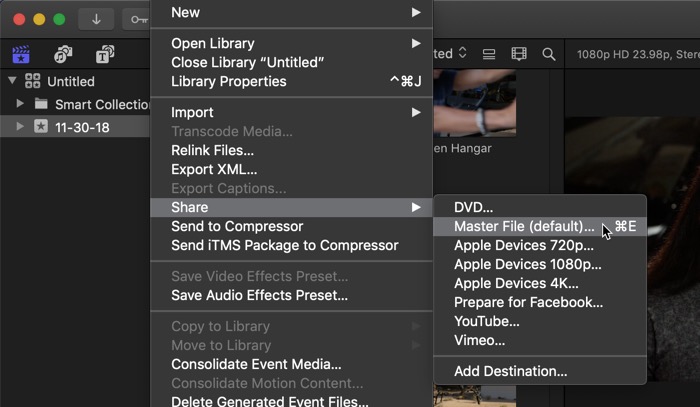 You can adjust the export settings in the “Settings” tab of the sharing window. 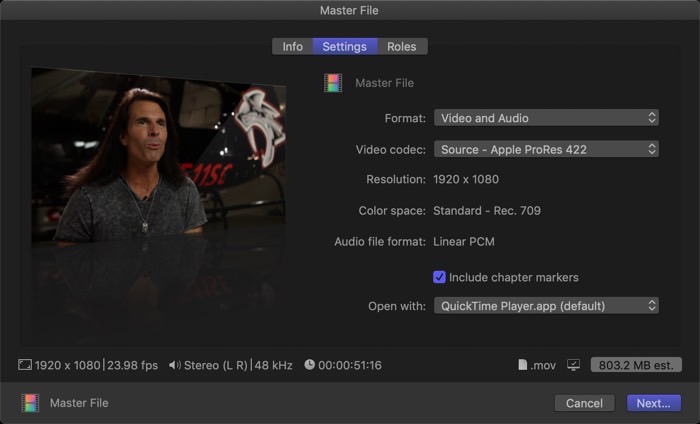 For this tutorial, the defaults are fine, though they will make a rather large file. Experiment with changing settings at some point to see what kind of effect they have.

This has obviously been a barebones introduction to the most important parts of Final Cut Pro. It will help you take your first steps as an editor, but you’ll want to seek out other training resources to get a more complete picture.