Android Lollipop is the latest version of Google’s mobile Operating System. This article discusses the major changes available in Lollipop and how they are different from Kitkat.

Android Lollipop is a huge and major update from Google. It defines the direction Google aims to take the Operating System. This update is so significant, Google has even come up with a new slogan. “Be together, not the same.” This is a reference to the fact that the OS is no longer dedicated to mobile devices (think smartphones and tablets), but also includes TV’s, wearables, and cars. We shall discuss the major new features of Android Lollipop and why they matter. 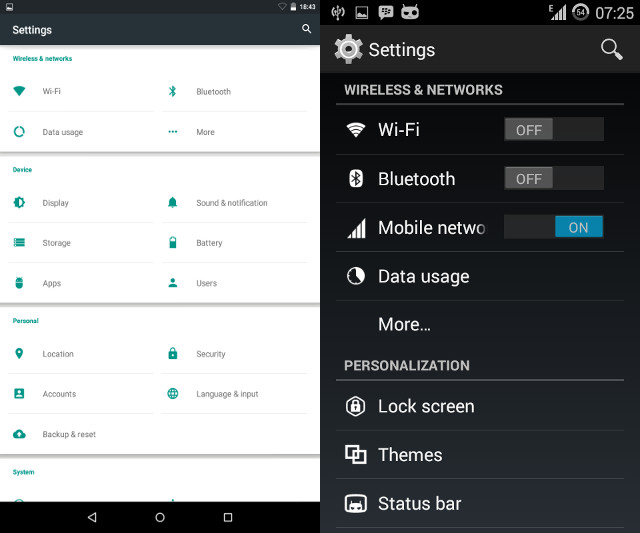 The first and most visible change from Kitkat is the new design paradigm – something Google calls Material Design. Material Design at its basic demands the interface look flat and 3D. Flat like paper, and 3-dimensional like animated paper stacked on each other, with a source of light. Material Design also mandates bold colors as well as a whole new set of API’s to manage animations and transformations between and into screens and apps. Without a doubt, the Material Design paradigm has been well thought out, and the visuals alone makes a compelling reason to immediately grab the update if available for your device.

Nearly every mobile device user complains about the battery life of their device. Android Lollipop tackles this head on with a system Google calls “Project Volta” internally. Lollipop internally makes more efficient use of the battery while enabling API’s to app developers that allow them to track the battery usage of their apps. Lollipop also has a battery saving mode which was used by both Samsung and HTC in their Galaxy S5 and One M8 models respectively. Devices upgraded to Lollipop have seen as much as seven additional hours use time in normal use cases. 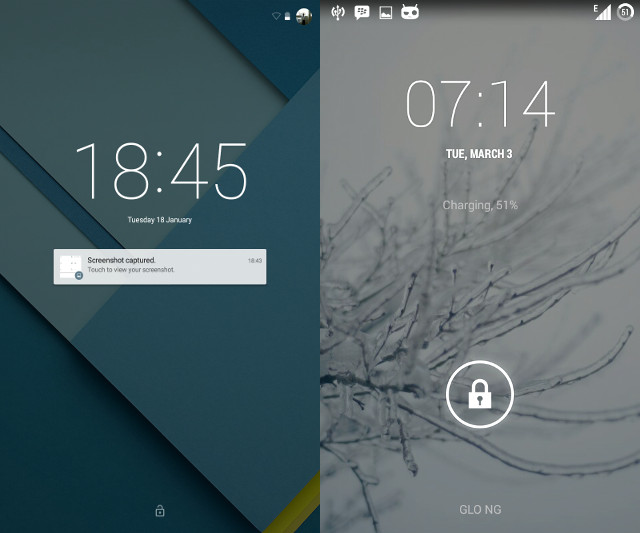 The Lock Screen is another area that has seen a complete revamp in Lollipop. You can set your smartphone to, for example, disable password/pin unlock when certain devices are in proximity such as your Android Wear watch. You can also specify safe zones where the device also disables password/pin unlock such as your home. This is potentially very useful for those times you are at home and do not want the annoyance of having to unlock your phone every few minutes to respond to notifications. 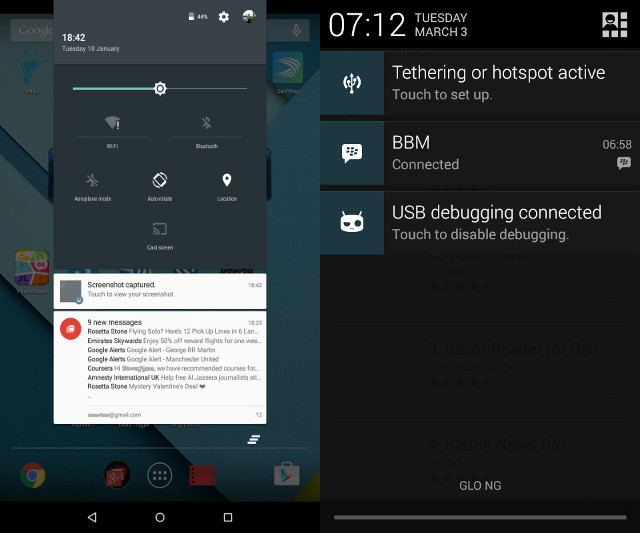 This is also one of the most visible changes since smartphones notify us of events and happenings all day long. The notifications bar has been redesigned using the Material theme. In addition, there are now more descriptive and interactive notifications which can allow users to read messages or reject calls without quitting their current app. The notification bar finally has quick settings, something which has been available on CyanogenMod for sometime, but is very nice to have by default in stock Android.

Connectivity among devices and apps

With Google’s “Be Together, Not The Same” message, it implies a future where devices will run the same operating system (Android), on multiple form factors and different use cases, including Android Wear, Android Auto and Android TV. In the past, Android (up till Gingerbread) was designed to work on phones only, and Honeycomb was designed for tablets only. From Ice Cream Sandwich, however, Android was merged to run on both phones and tablets. Lollipop has taken this a whole bunch of steps further, as it is designed to work on devices from wrist watches, to phones, TVs and even cars. With Lollipop, communication and syncing between android devices is designed to be seamless. In addition, Lollipop attempts to increase inter-app information sharing. For example, Google Now has begun to include data/information from third party apps.

Performance and transfer to ART from Dalvik.

Android apps run on something known as Dalvik, which is a virtual machine that translates the code of the app into the actions we see on the screen. Lollipop has been moved to an even faster and more efficient translator, known as ART (Android RunTime). ART could be enabled on Kitkat devices. However, on Lollipop it is used by default, and has been demonstrated to be faster and more efficient than Dalvik. For the end user, it simply means that all apps will be more responsive, smoother and faster than on Kitkat.

Lollipop is an exciting iteration of Android, and the new Material Design animations, bold colors and graphic elements are sure to wow fans and foes alike.