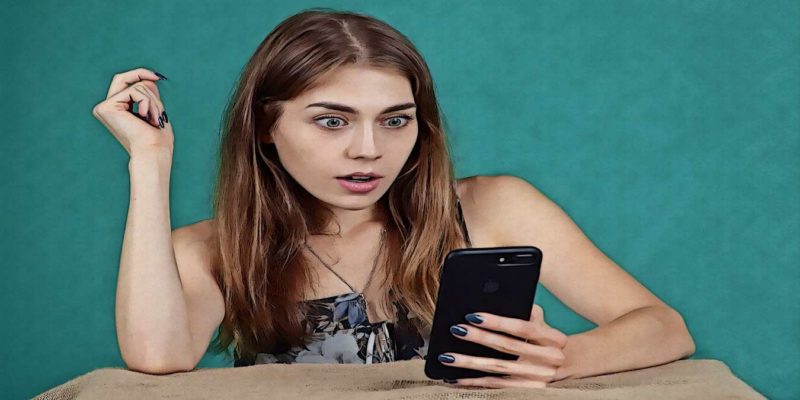 I remember one time that I ran into someone I wished I hadn’t because once they start talking, they never stop. I would have paid someone to call me to get me out of that situation. It was a “family friend” but not mine, so I didn’t have the heart to blow them off.

That’s what I get for not having one of these fake call apps for Android on my phone. Getting a call and then saying you have to go is a lot more believable than just saying it out of the blue. These apps are great for getting you out of uncomfortable situations. 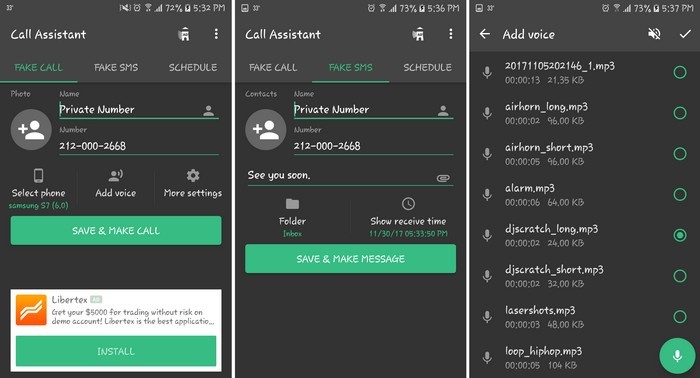 Fake Call – Fake Caller ID is a great option when you want to schedule a bogus call. It works as advertised, and it even gives you the opportunity of planning multiple fake calls.

You can assign the fake call a fake picture, phony calling screen, and even have a fake voice play once you’ve answered the call. Choose from a pre-installed audio, or use any that you already have on your phone.

You can also set up the talk time, a fake call log, and a fake missed call if you want to prove to someone you called them (but apparently didn’t) with a false outgoing call log to show them.

Related: 5 Apps that Help You Block Spam Calls on Android 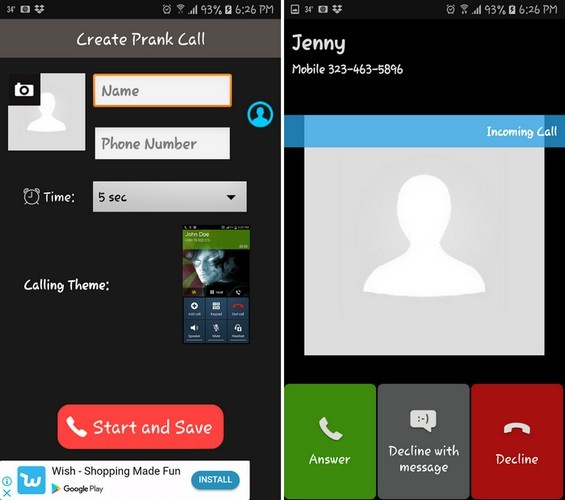 With Fake Call and SMS, you have more options when it comes to the calling time. The call can be made as soon as five seconds or as long as an hour. It’s a very easy-to-use app, so you’ll have no problem using it even if you’re not very tech-savvy.

You can also send yourself fake text messages and can send as many as three. The time frame for when you’ll receive the SMS is the same as with the calls. 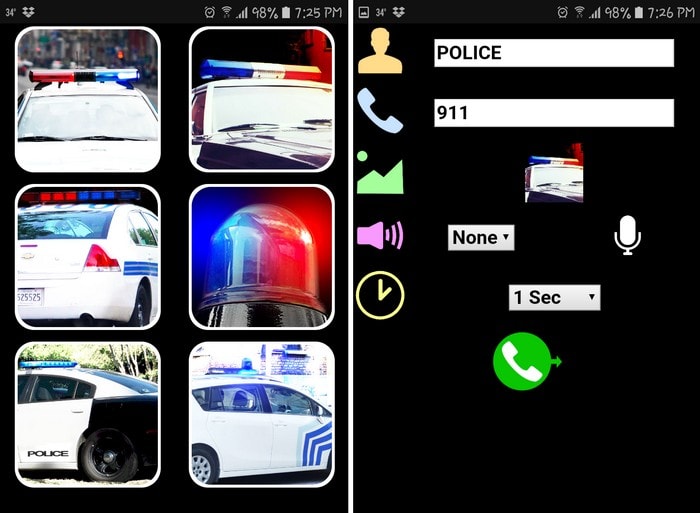 If you want to make the fake call more serious, get the cops involved. You can do that by installing the Police Fake Call app. There are six different police car pictures to choose from and even more audio options that can play once you’ve answered the call.

If you forget what audio option you chose, just tap on the play button to replay it. Once you’ve added the necessary information, tap on the green call button and wait for the call. 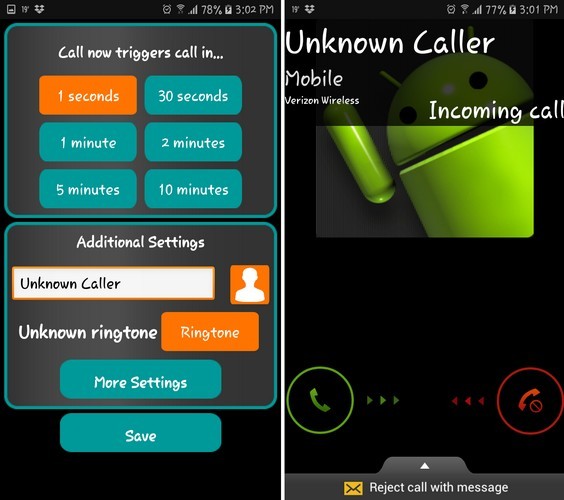 Fake-a-Call Free is an app with great variety of audio you can play when the call is answered. You can choose from an annoying boss, female friend, male friend, bailout call, and custom one through four. There’s a preview button to hear the voice before you select it, but there’s also an option to record your own audio, too.

The caller picture can be any image from your device’s gallery, so if the person doesn’t believe it’s your mom calling, you can show them the image. You can schedule the fake call for a second from now, thirty seconds, one minute, two minutes, five minutes, and ten minutes.

There’s also a fake call schedule to prepare yourself for the phony call as well. 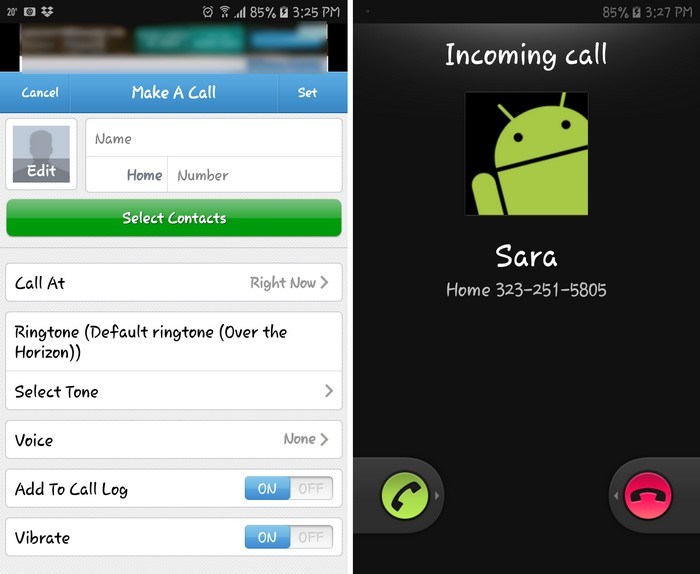 It’s up to you whether you want to send fake SMS or make a fake call with Mr. Caller Free. Unlike the other apps that have integrated call times, this app offers an option for the call to be at whatever time you choose. If you want, you can schedule the call for as long as six hours away.

Mr. Caller Free has the essential options such as adding a fake name and/or fake calling number, and you can either add an image from your device’s gallery or take one using the camera app. To make the false call more believable, you can also add it to your phone’s call log.

This app doesn’t have any pre-installed audio to play when you answer the call – it only allows you to record one.

Say goodbye to those situations where you wish you were anywhere but there. The above fake call apps will do a great job of getting you out of them with a simple phone call. What app are you going to try first? Share your thoughts in the comments.