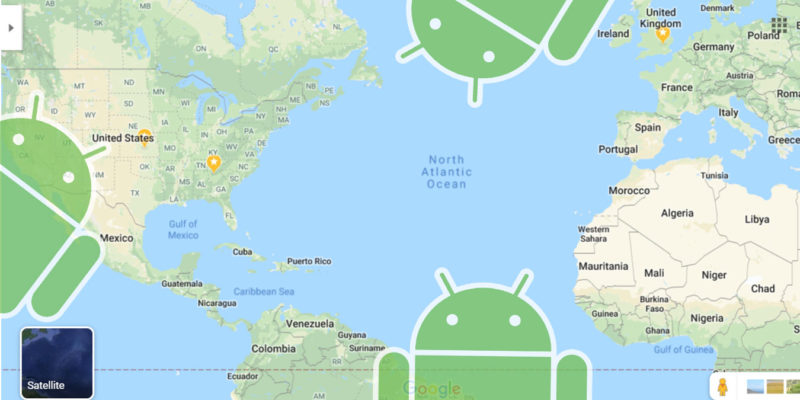 Android developers whose apps have some location-based functionality might need to fake, or “spoof,” their phone’s location to make sure their features work the way they should. Non-developers can access this function just as easily (on Android, anyway; iPhone can be a bit trickier), though, which opens up a whole world of possibilities: circumventing geoblocks, testing apps, tricking your friends, avoiding political and/or corporate surveillance … your imagination is the limit now! Want to roam the Sahara sands? Run with the moose in Manitoba? Dive to the Titanic? This trick won’t help you do that, but it will help you make people think you did, and that’s almost as good.

Related: How to Unlock Forgotten Android Pattern or PIN

If you haven’t already, you’ll need to enable the “Developer options” in your Android settings menu.

1. Find your “About phone” menu (may be located in the “System” category) in your settings.

2. Scroll down and tap the “Build number” button seven times until it tells you that you’re a developer.

3. Now, you should be able to find the “Developer options” button in your “Advanced” menu.

Next, you’ll need an app that feeds false locations to your phone. There are actually a ton of these, so you can choose whichever one works best for you. Here are a few of the better options. 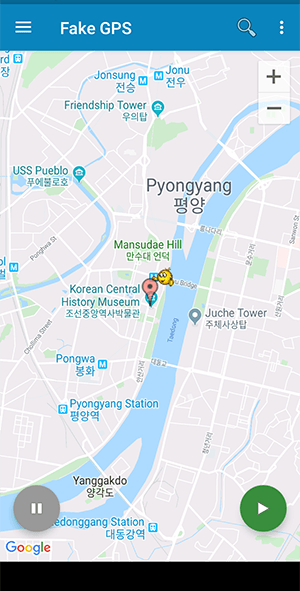 Fake GPS location is probably the most popular free app for location-spoofing, probably because it’s about as simple as it gets. You just drag the map marker to the location you want your phone to appear and hit the green “Play” button in the bottom-right corner. The “Pause” button in the left corner stops it. It also offers the option to search for an address, but this doesn’t work all the time. 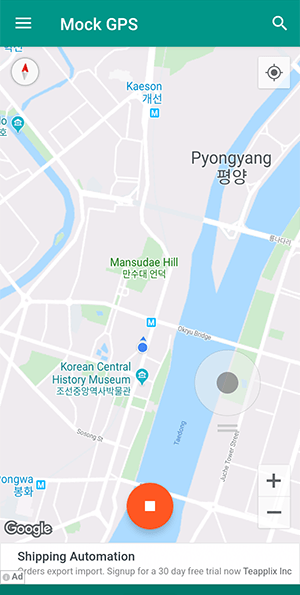 Fake GPS location is great for basic spoofing, but if you want to look like you’re moving around, you’ll need something with a few more features, like Mock GPS with joystick. It’s just what it sounds like: you can set your GPS to a certain location, then use the joystick to make your device appear as it’s moving. You can even change the speed to simulate different modes of transportation, and the joystick will, by default, stay on the screen while you switch between apps, enabling you to track your “movement” in other interfaces.

You can start spoofing by tapping anywhere on the screen and stop by hitting the red button on the bottom. 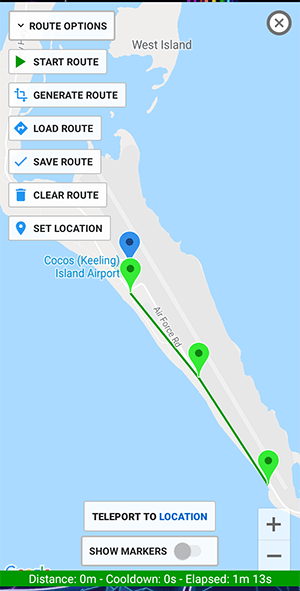 For the truly discerning location-spoofer, there’s also Fake GPS Location – GPS JoyStick. All the extra features it comes with make it a bit more complex to use, but it does a great job of making your GPS movements appear real and even lets you send your GPS out on a preset route – no manual control required. It includes a lot of controls that remain on-screen even while you’re using other apps, making this pretty handy for situations where you might need to move your location around on the fly. What exactly those occasions might be I’ll leave up to your imagination.

Figuring out all the controls and settings on this app may take a few minutes, but it’s not hard if you’re willing to experiment a bit. 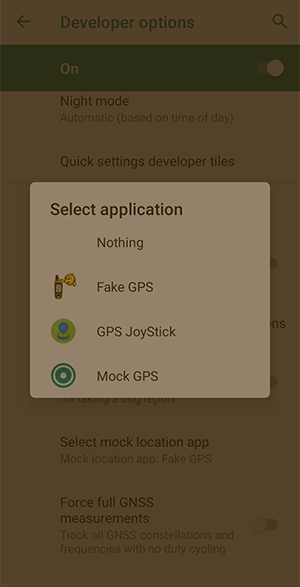 To enable mock location on your Android, you’ll have to select the app that you’re giving control to. Every time you want to use a different spoofing app you’ll have to change this setting again.

2. Scroll down to “Select mock location app” and hit it.

3. Choose the app you want to use to fake your location. Selecting “Nothing” will prevent any app from doing it. 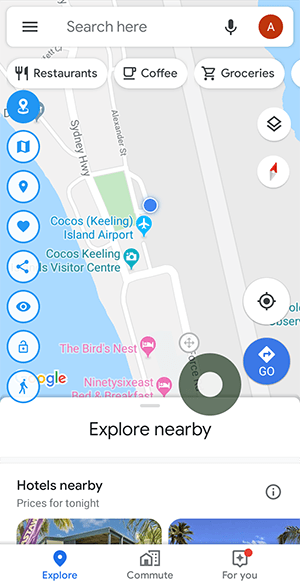 The hard part is over! You’re set up now. Open the spoofing app you set as your mock location app and do what you need to do. If you need to pretend you’re in a different country to evade some sort of geoblock, you may also want to use a VPN with a server in the country you’re pretending to be in, as some apps/services will do a double-check on your location and IP address.

If you run into issues, you can also try turning off “Google Location Accuracy” in your location settings, as this might be feeding conflicting location information to your app based on the Wi-Fi and mobile networks that are in your actual location.

Of course, now that you have this awesome power, you should use it responsibly. I mean, if you play Pokemon GO without going outside, you’re basically just playing a kind-of-okay mobile game. Plus, Pokemon GO is specifically watching out for stuff like this, and Niantic, the studio behind the game, is actually part of Google. They know where to look to see if you’re cheating on an Android.

Circumventing the rules of an app or business might end up getting you banned. Instead, consider using your spoofing powers for innocent things like convincing your family you’ve been kidnapped or coming up with convincing proof about why you’re late for work. “Sorry boss, took a wrong turn and now I’ll have to swim across the Atlantic. Be there in ten.”