Parse is a backend service made by Facebook. Backend services use cloud storage alongside special services, usually integrating with social networks and push notifications for various platforms. Parse, in particular, is used as a backend for mobile devices.

In this article we’ll be going over our recommended Parse alternatives and replacements and what you can do moving forward as an app developer.

If you aren’t ready to move on, Parse isn’t completely dead. Rather, it’s being open-sourced and is known as Parse Server. Transition-wise, this should be the easiest since it’s mostly the same system. However, it will require you to manage your own server and Mongo database, which can be difficult if you were requiring Parse to do all the work previously.

In addition this service is open source, unlike the other options on this list. This means that long past January of 2017, it will continue to be held up and improved by the community.

Backendless is both a hosting service and an app development platform. Since the news about Facebook Parse came out, Backendless has been marketing itself as the premiere Parse replacement, with one of its primary benefits being that it’s free.

If you’re already a Parse developer and want to save some cash moving over, check out Backendless’ Migration Guide. It’s fairly in-depth and should help you along the way.

Built.io Backend is a service focused on enabling the creation of quick applications. The primary benefit of Built.io is its focus on managing the cloud servers and scaling while allowing the devs to just focus on user experience.

This is in addition to the added features of social network integration, geo-location and cloud extensions. 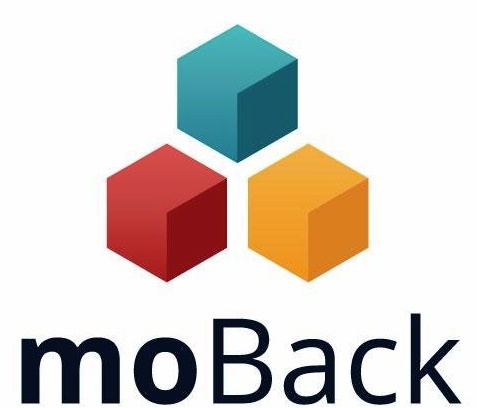 moBack is both a cloud backend and app development studio. It can be deployed on pre-existing AWS (Amazon Web Services) infrastructure or an on-premises data center infrastructure. It’s also a “free” platform, which means you’re more than welcome to try it out for yourself before taking the full plunge.

Features offered by moBack include its analytics services, data management services (via its REST API) and other core backend services, such as push notifications.

AnyPresence is an enterprise solution, focused on dealing with large businesses. They deploy on both the cloud and on-premises and were founded primarily by previous Oracle and Cisco executives.

AnyPresence has a particular focus on strong customer support and high-level developer and enterprise features. If you’re a big business, AnyPresence might be who you’re looking for; smaller businesses may want to look elsewhere.

Firebase is a strong, Google-powered backend service. Unlike other entries on this list, Firebase is entirely transparent about its pricing model, though it’s basically free for the smallest of deployments.

Due to being powered by Google, Firebase has some of the most powerful servers behind it for your use. That being said, the other providers on this list are also fairly reliable in their own right, usually being backed by Amazon.

As a downside, Firebase currently has no straightforward path from Parse, which makes it more of an alternative than a replacement.

Firebase earns its points from me based on its backing and transparency. That being said, AnyPresence might be better for larger enterprises, moBack adds app development into the mix, Built.io offers various services of its own, and Backendless looks to seamlessly help you transition from Parse to a new backend.

Like most things in life, what you use instead of Parse is really a matter of personal preference. My highest recommendations are Firebase (if you don’t already use Parse) and Backendless (if you do).