Looking at the title, you may be wondering what a laptop app is and whether you’ve missed out on some kind of mini tech-revolution by never having heard of one. Don’t worry because technically any app that can be used on your laptop can also be used on your desktop. The only difference is that some apps out there are particularly useful for those on the go.

Whether it’s keeping yourself protected when using a public WiFi hotspot or trying to figure out why your battery is draining quickly, we have you covered with our rundown of the six best laptop apps. 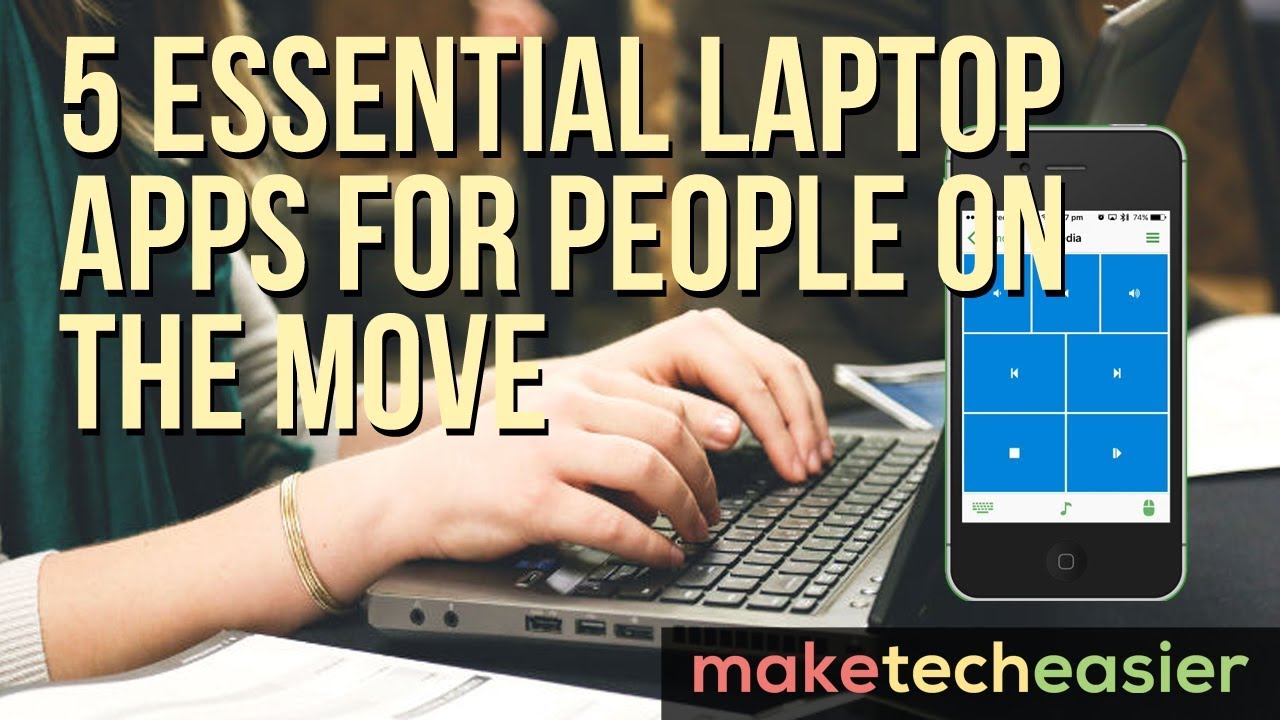 No one wants to spend any notable sum of money on a boring old VPN, but they’re more important than ever in today’s age of cybercrime and super-surveillance. If you’re looking for a sensibly-priced VPN to anonymize your browsing as you travel with your laptop, KeepSolid is a great option, starting at $3.33 a month.

You can download KeepSolid VPN as a convenient Chrome extension, making it easy to use and access right there in your browser, or as a desktop app if you want more detailed control over it. Its servers tend to be faster than most of the competition, and there’s plenty of bells and whistles to bolster your security further should you wish to. As we already established, laptops tend to connect to a lot of WiFi networks on their travels, leaving them potentially vulnerable to unwanted attention. A VPN protects you from that.

When you’re out and about with your laptop, connecting to public WiFi without a care in the world, you want to get online with the knowledge that each site you visit is hidden from unwelcome eyes.

With HTTPs Everywhere – the extension for Firefox, Chrome and Opera – most of the major sites you visit get bolted on with HTTPs security, meaning that all your browsing on them, any data you enter and so on, is encrypted. It’s a great solution to increase your online protection.

Your battery is one of the most crucial aspects of your laptop, and you want to be able to take every precaution to squeeze as much juice out of it as possible.

Enter Battery Optimizer, a free app that displays various aspects of your battery usage, such as how long it lasts per charge, how long it takes to charge, and how its lifespan inevitably decreases over time.

You can set it to give you notifications when you’re using battery-intensive applications and also to remind you when you can potentially save on some battery life. It’s a must to get the most out of that fragile Li-On slab in your laptop.

Tethering through your smartphone should be a standard feature these days, but there are plenty of people who have reported issues when trying to connect to their computers.

If you’re one of those people, you should take ClockworkMod Tether for a spin via the Android app or desktop installer. The makers behind Android’s finest recovery tool offer one of the best tethering tools, too, and even though it’s technically a trial, you can “Clear Data” on it when the trial expires to continue using it for free. (Don’t tell anyone I told you.)

Picture the scene: you’re in a hotel room and want to kick back with some Netflix while lying on the bed, but you can’t be bothered to hunch over your laptop each time you want to watch something different.

What do you do?

Unified Remote is what you do. This app turns your iPhone or Android phone (or even Windows Phone) into a remote for your Windows desktop. Not only that, it also has dedicated remotes for Netflix, Amazon Prime, and all manner of TV services and web browsers.

You get eighteen remotes in the free version and a whopping ninety in the full version (as well as voice commands and other goodies).

“Duh”, some of you may say, as we cap this list off with an app that everyone and their pet sugar glider will have heard of. But that doesn’t make it any less useful.

Given that most laptops tend to have less processing power than their desktop counterparts and are obviously limited by battery resources, Google Drive is the perfect portable office solution. You can work on things without worrying about saving in case of a battery cut, and you can easily share and collaborate with others when you’re on the move (especially when combined with ClockworkMod Tether) – it just works.

Then there’s the fact that it provides you with a ton of cloud storage space, so you don’t need to strain your (presumably small) laptop hard drive with unnecessary files.

So now that you’ve gone through this list, are you ready to admit that there might be a difference between a laptop app and a regular desktop app after all? Do you have any apps that you’ve found particularly handy on the go? Let us know!

The Best Laptop for 2023: Our Recommendations for Every Occasion

How to Sort Folders by Size in Windows

How to Connect Your PS4/PS5 to a Laptop or Mac