It’s no secret that the new Maps app in the iOS 6 software suite is the target of many complaints. These were heard loudly enough that it prompted Apple CEO Tim Cook to issue an open letter apologizing for the app’s shortcomings and offering users a few short-term solutions while they work on fixing the Maps app.

Not so surprisingly, Cook did not offer up a solution to get the old Google Maps app back in the software, something which many are clamoring for. While there is no way to get the old app back, there is a way to emulate it on your iOS device. The following is instructions on how to do this, as well as a look at some of the third-party maps apps Cook suggested using instead.

Getting Google Maps Back On Board 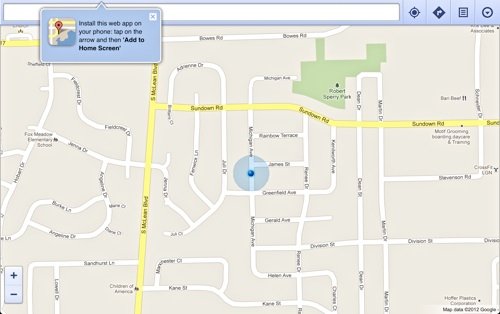 If you head to http://maps.google.com in your browser, it not only gives you the mobile version of the maps website, but also offers you a tip for getting Google Maps on your home screen again. However, this little trick doesn’t work with all browsers, yet does work with Safari the first time you migrate there. 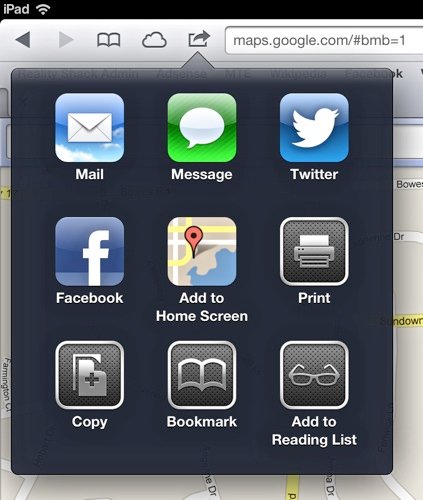 As the pop-up indicated, if you click on the “Share” button, either on the top on the iPad or the bottom on the iPhone, it brings up the typical sharing screen. In addition, it offers you a choice of adding the site as an app to your homescreen. Incidentally, this will work with any website. Once you exercise this option, and click on the “app” that’s been added, it brings you back to the website in Safari. 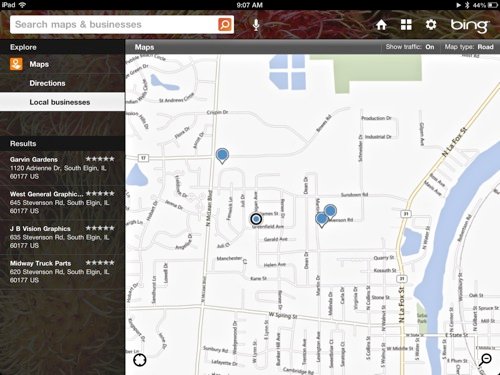 One of the third-party maps apps Cook suggested was Bing, although truly this isn’t just a maps app. It gives you a little bit of everything, with a search engine, news, weather, and maps. The maps app is basic at best, but the good news is, unlike the new iOS Maps app, it works. Additionally, it offers you up the other information at the same time. 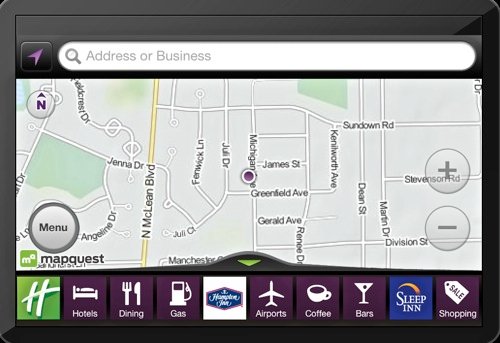 Mapquest isn’t available for iPad, but the iPhone app will work on both devices. Like Google, it’s also been in the mapping business for quite some time, so has great data to pull from, unlike the new Apple Maps app. It offers turn-by-turn directions as well as voice navigation. It also allows you to edit a route and choose options such as the fastest route or avoiding highways. Additionally the app helps you find gas stations, restaurants, hotels, etc. 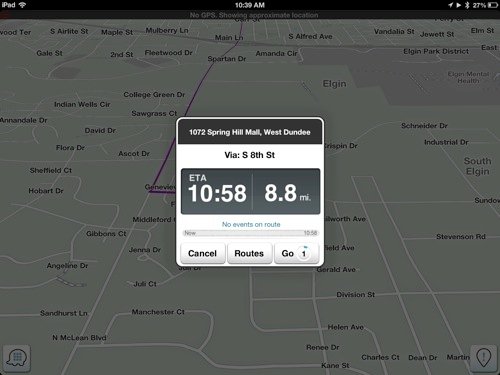 While this app started out to be more fun than useful, it’s turned into a great maps app. It’s a community-based app with users checking in while on the road to report traffic incidents, road closures, cheapest gas, etc. It offers turn-by-turn voice navigation and also shows you where all those reported incidents and closures are along the way. While it doesn’t always know your preferred route, it will learn as it follows along. 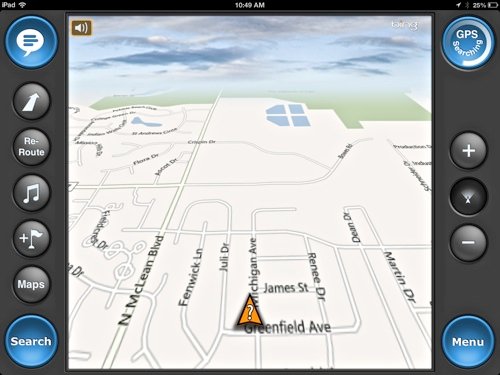 This app wasn’t one of Tim Cook’s suggested third-party maps apps, but it is my personal favorite. The options are numerous. The only downfall is it needs a clear path to find your exact location. Because I’m sitting inside my comfy house at the moment, it’s not going to locate me, yet always does in the car. It offers so many options aside from voice navigation, which is free for the first month, then available in paid increments. It allows you to play the iPod music through the app, reroute, find gas, restaurants, post to Facebook, etc. I’ve also found it to be very reliable. Whenever I’m on a road trip, I’m using this app.

Everyone needs to find the best option for them. If you were never that particularly fond of the Google Maps app to begin with, as I wasn’t, these other alternatives will suit you fine. However, if you find you are missing the Google Maps, until Google releases a native maps app, placing it on your homescreen via the browser is the best way to make you feel comfortable once again.

How to Transfer Voice Notes from iPhone
How to Back Up Your Whatsapp Chats in iOS
How to Set Live Wallpapers on an iPhone
Apple Pay Not Working? Here’s How to Fix It
Syncing macOS and iOS: How Do They Connect?
Last Minute Gift Ideas for iPhone and iPad Users
How to Disable Auto Brightness in iOS
How to Stream Playstation 4 Games to an iOS Device