With Summer going by so fast in the Northern Hemisphere, now is a better time than any to get outdoors and enjoy the nice weather while you can. One popular hobby that’s fun for the entire family is drone flying. If you’re looking for an affordable option that doesn’t scrimp on features, the Eachine E55 Mini Nano Quadcopter should be at the top of your list.

This bite-sized gadget may not look like it can do much, but once you get it up and running, you’ll be impressed by its many features and how easy it is to use.

Inside the box, you’ll find the following:

Getting Started with the Mini Nano Quadcopter

There are a few things you’ll need to do before you can actually fly the Mini Nano Quadcopter. For starters you’ll want to charge the quadcopter’s battery. It arrives already inside the quadcopter but disconnected. There’s an included USB charger that looks much like a flash drive.

You’ll need to take out the battery, connect it to the USB charger, and then plug it into a USB charging port. This doesn’t have to be a port on your computer either; anything from a power strip, charging station, or even a power bank will work just fine.

There is a red LED on the USB charger that illuminates whenever it’s not charging. However, once you plug it into a USB charging port, it also illuminates once the battery is fully charged.

The transmitter, which looks much like a game controller, also needs three AAA batteries which aren’t included. The tiny little screwdriver that is included is needed to open the door so that you can insert the batteries.

There is also a phone holder that attaches to the top part of the transmitter. You just need to snap it into place so that it holds your phone while you control the quadcopter. Your phone is only needed, though, if you want to see what the quadcopter’s camera sees in real-time.

The Mini Nano Quadcopter is so small that it literally fits into the palm of your hand and in your pocket! This is also great because there’s nothing to put together unlike larger quadcopters. It arrives in one piece, and all you have to do is fold out the arms, turn it on (the power button is right on top), pair it with your mobile device, and start to fly.

When it comes to flying, everything is done with the transmitter. If you’re new to flying or a bit confused with how things work, you can reference the user’s manual for guidance. The main things you can do with the Mini Nano Quadcopter are:

My husband and I thought that flying the Mini Nano Quadcopter would be a breeze right out the box compared to larger drones that we’ve tried, but it wasn’t so easy, at first. As you’ll see in the video below, with it being so small it’s a lot easier to lose sight of it, thus causing you to lose focus and balance. 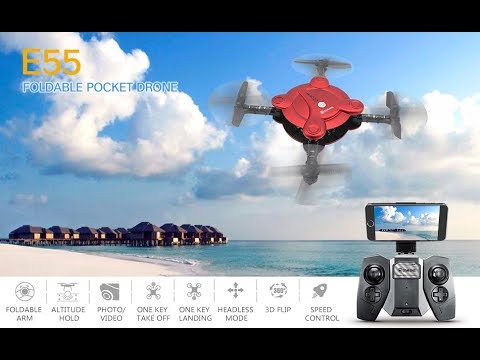 Once you get the hang of flying it, though, it’s a breeze. Plus, we didn’t need as much space to fly this one and could do it right in our yard.

You will need to install the WiFi FPV app on your Android or iOS device in order to control and see the camera. This allows you to see everything in real-time as well as take pictures using the quadcopter’s camera.

The app is really basic but does the job well if you just want simple recording and picture-taking features. It’s really just a tap to start and stop as desired. You can then go to your device’s gallery or file manager in order to find the videos. 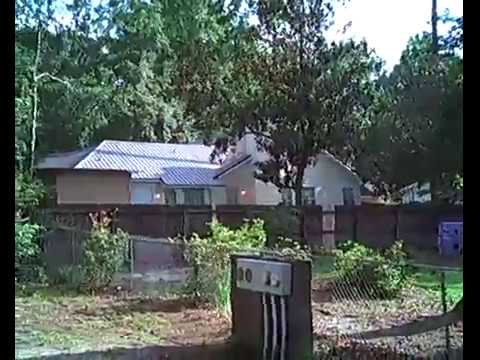 The camera quality isn’t the best by any means, but it’s great for kids or just playing around with for personal enjoyment; although not listed, I would guestimate it to be 480p. If you are interested in seeing the quality for yourself, I’ve included an untouched video above that was recorded using the Mini Nano Quadcopter’s camera.

As small as it is, the Eachine E55 Mini Nano Quadcopter has a lot going for it. It’s already assembled, great looking, extremely portable, doesn’t have a huge learning curve and is a joy to use. Best of all, it even includes a camera for some added fun.

If you’re looking for an affordable quadcopter that is great for children both big and small or adults who are just learning how to fly, this is a perfect option.

DD-WRT vs. Tomato vs. OpenWRT: Which Router Firmware Is the Best?

Graphics Card Not Working? Here Are the Causes and Fixes

7 Ways to Expand Your PC Storage without Deleting Anything

What Is Hardware Acceleration and Why Does It Matter

How to Troubleshoot a Router

How to Check RAM Health on Windows

SSD vs. HDD vs. USB Flash Drive: Everything You Need to Know

The Definitive Monitor Buying Guide
Apple Pencil Essentials: How to Set Up, Use, and Troubleshoot
SSD vs. HDD vs. USB Flash Drive: Everything You Need to Know
How to Use Samsung Galaxy Watch without a Phone
How to Check RAM Health on Windows
The Best iPad Keyboards Compared
Hardware You Need to Be Ready For Virtual Reality
AMD Radeon Software Settings – What Do They All Mean?