On May 27th, 2014, Google introduced a group of interested people (including one man who was blind and, obviously, unable to drive)  to a product that might change the way we look at vehicles for better or worse. For the first time, these people felt the thrill of having a digital chauffeur take them around what seemed like the safety of a parking lot. Everyone, including the early pioneers who brought us the auto industry, has something to say about this vehicle. One thing remains certain, however: The introduction of driverless vehicles seems inevitable. It’s time we start understanding them.

Among all of the things that people ask about driverless cars, perhaps their biggest concern is about safety. After all, if the car doesn’t have a steering column, it’s difficult to think of how things like defensive driving will work on these things. How can we be sure that a company which specializes in search and advertising products will manufacture a vehicle that accounts for passenger and driver safety in the same way that other auto manufacturers do? The truth is we’re never sure.

Just before the autumn of 2012, we got our answer. On August 7, 2012, Mashable reported that Google has tested its driverless vehicles over 300,000 miles of road in various conditions without experiencing a single accident. The report puts this into perspective, demonstrating that the average American driver experiences an accident roughly every 10 years, or 165,000 miles. Until late spring 2014, Google’s cars were just regular vehicles (Toyota Prius) retrofitted with a laser guidance system. Since they still had steering columns, drivers would have the ability to take over and steer the car out of harm’s way. Then in May, the company has announced that it will scrap the steering column altogether and use its own custom-made vehicle.

If you’d ask me, the data attests well enough to the safety of driverless cars.

What About Fuel Efficiency?

Besides the fact that you may not have to spend as much fuel idling around parking lots looking for a spot, there seems to be little study on how driverless cars affect fuel efficiency. However, fuel consumption is greatly influenced by the way you drive a car. In this manner, a BMW M3 can use less fuel than a Toyota Prius for the same distance. For proof of this, see this very thing happening in Top Gear below: 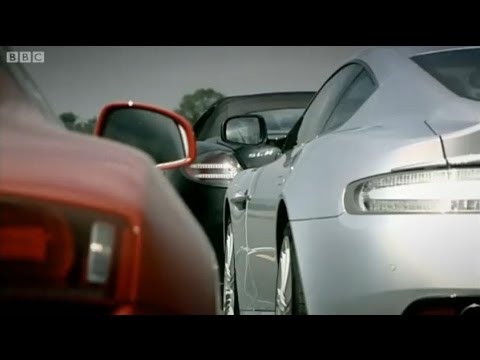 So, will Google’s driverless car be more fuel efficient? It depends on both the inherent fuel efficiency of the car and the style with which it is driven by its digital master. Chances are, it may be much more efficient than the average car of the same weight and engine class simply because of the way it will be driven (smooth acceleration, soft on curves, etc.).

And What Is The Auto Industry Saying About Driverless Cars?

For one, Volvo is also developing a self-driving vehicle and testing it in Sweden. Some companies aren’t happy about the changes, though, such as General Motors, which feels that this is a threat that will remove any grasp they have on the current auto market.

But the auto industry isn’t really voicing many serious concerns just yet. The most vociferous critics are individuals on the web, some of which don’t really fully understand driverless technology, others having legitimate concerns. “What if GPS and terrestrial transmissions go down?” one person asks. The answer to this is complicated, and since Google isn’t commenting on what exactly will happen, I suspect the car can inform the driver before asking for instructions.

“What about weather conditions like rain, snow, or fog?” Heavy rain and snow are indeed issues for the car, since it can’t detect lane markers on snow-covered roads and detects the heavy rain as obstacles. These are things Google will have to work on, but it doesn’t present an impossible hitch in the project. It’s just an obstacle to development like any other.

What Are Your Thoughts?

Now that I’ve said everything I have to say about driverless cars, it’s your turn to speak. If you have some thoughts about any driverless vehicle projects, please leave a comment below.

What is Android Reading Mode and How to Use It

How to Do a Reverse Image Search From an Android Phone

How to Show Lunar/Moon Phases in Google Calendar

What Is eSIM and Who Can Use It?

Help! I Am Locked Out of My Google Account

How to Check How Much Google Storage You Have Left

How to Recover Deleted Text Messages on Android