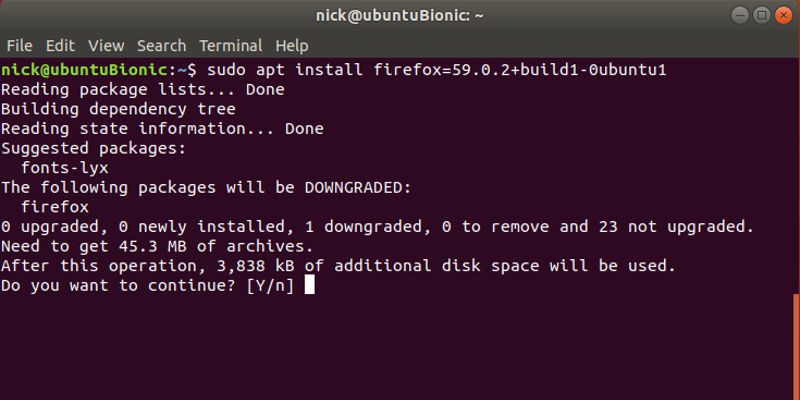 Sometimes Linux packages break. A new update goes through, yet it wasn’t tested well. Maybe you’re running a bleeding edge distribution or a strange custom configuration. You could even just want to keep an older version of a package around for testing or to hold back a change.

There are plenty of reasons that you’d want to roll your Linux install back to an earlier version of a package. The process is dependent on your distribution’s package manager, but it should be possible in most cases. 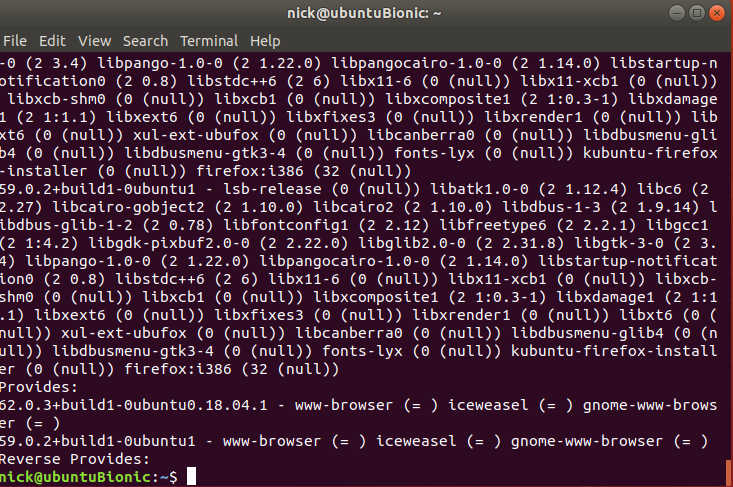 Apt is one of the most beloved package managers in the Linux world, but in this case it’s easily one of the most awkward and cumbersome options to work with. Apt doesn’t have any set mechanisms to roll back packages, and it doesn’t have a caching system that you can really count on in these situations. That said, you can usually find a way to install an older version of a package.

That will spit out a whole lot of info that you probably don’t need, but it will also show you previously installed versions of the package or additional versions. 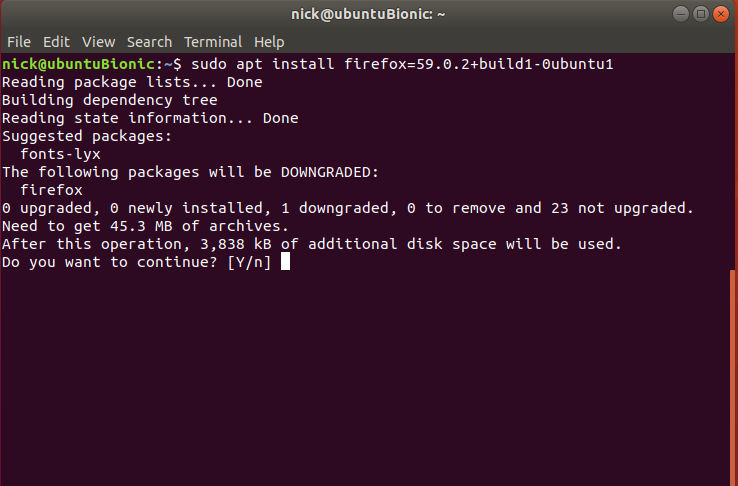 Once you have a package selected, install it by specifying the version.

There’s another option here. If you can find an older version of a package that you want, you can download it separately and install it with dpkg (more on dpkg here). You can even find them from an older release of your distribution. For example, if you’re running Ubuntu Bionic, you can install a package from Xenial. In that case you can do something like the following:

Fedora’s DNF package manager has a couple of very useful mechanisms built in that allow you to install a previous version of a package or roll back past any change or upgrade. 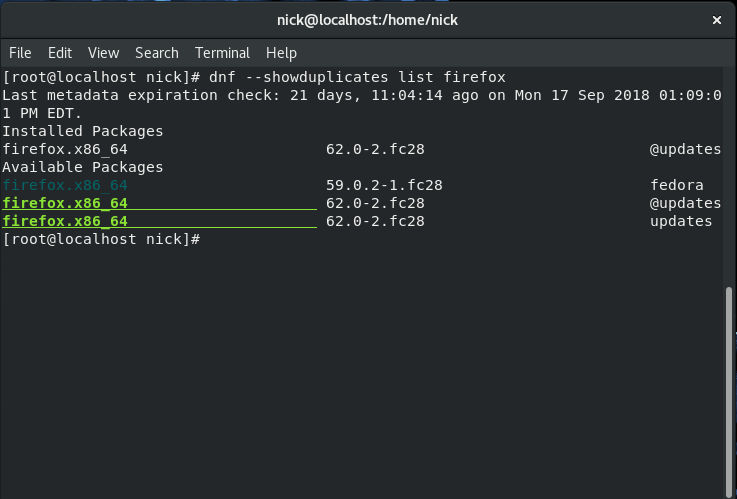 First, and probably most simply, you can install a previous version of a package from DNF’s repositories. Begin by listing all available options.

DNF will present you with all versions of the package in your enabled repositories. Pick the one you want, and install it by specifying the version number to DNF.

DNF will install the version of the package that you specified over the existing version. 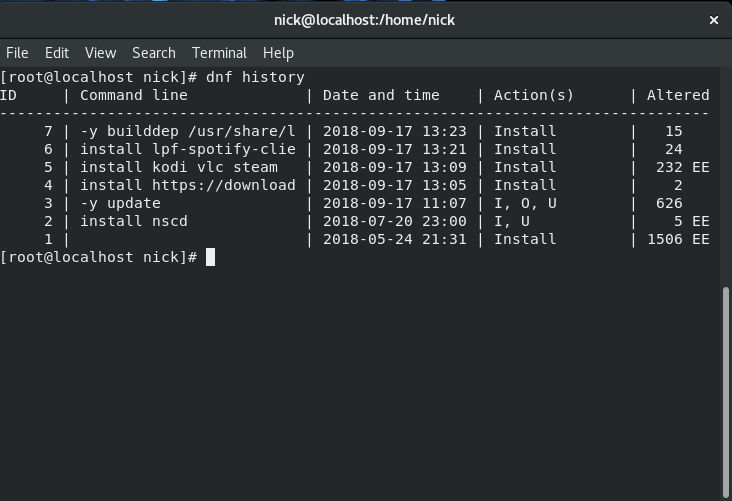 As mentioned earlier, DNF keeps a complete history with snapshots. You can use that history to revert your system to an earlier state. Begin by listing DNF’s history.

It should be easy to find the point you want to return to, but you can easily get information on a DNF transaction with its ID number.

When you’re sure you have the right one, undo the transaction.

DNF will reverse that transaction, returning your system to the prior state.

On OpenSUSE you can manage this either graphically with YaST or via the command line with Zypper. This guide will cover Zypper, since it’s both the most direct and the most universal.

To start, search through your Zypper history with grep.

Once you’ve found the version that you want to revert to, install it.

Rolling back packages to an earlier version on Arch Linux is very simple, providing you don’t clear Pacman’s cache too frequently. Pacman, Arch’s package manager, stores every package that you install in a designated cache folder.

As with most things in Arch, this is designed for simplicity. The Arch developers understand that bugs are bound to slip through occasionally in a distribution as fast-paced as Arch, so they’ve made the rollback process as uncomplicated as possible.

Check which versions are available by listing the contents of “/var/cache/pacman/pkg/.” You’ll have an easier time if you search with grep.

Once you’ve located it, install it with Pacman.

Pacman will automatically install the older version over the current package.

That’s all you need to do. Follow the process that fits your distribution, and you’ll be able to return your system to a previous, and hopefully less problematic, version of a package. You should also keep in mind that these methods all go against the regular flow of your distribution, so they may not always work. They’re a great first step, and something you should always try, tough.