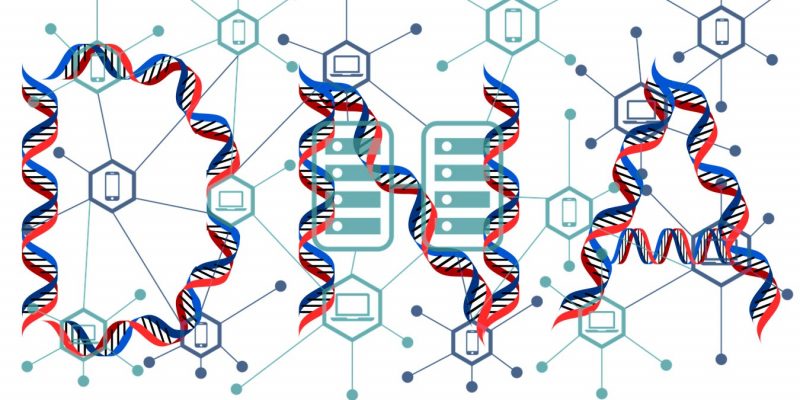 Home DNA testing kits are still a fairly new concept, but hey, those are the blueprints to your body – it’s probably a good idea to treat them like the sensitive data they are, right? That’s what startups like Nebula Genomics, Encrypgen, DNATix, and others are trying to do by putting your genome on a blockchain that ensures you will always have control over who gets to access your source code.

That’s where current DNA testing services, like 23andMe, Helix, Ancestry.com, and others have been coming up a little bit short: they anonymize your data, allow you to opt out of third-party usage, and some will even destroy your sample on request – but at the end of the day, they have your data, and if you do decide to share it to help advance medical research, you’re effectively giving up control of where it goes. Blockchain-based testing services and marketplaces can guarantee that your genome remains your own property and give you full control over who gets to see what.

23andMe, and GlaxoSmithKline, and Google, and you, and you …

First, don’t freak out if you’ve used one of the big DNA services: they’re not giving your name and genome to anybody who comes along with a checkbook, and they have reasonable privacy and security measures in place. It’s not mad science/wild west genetics. 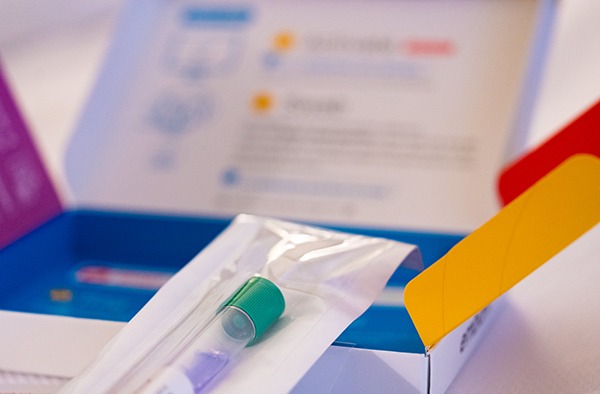 That said, DNA can only get so anonymous, and it’s absolutely possible to find people using only genetic information. They didn’t catch the Golden State Killer because he took a DNA test. They caught him because members of his family did. That’s why it’s a little scary to hear about companies like 23andMe partnering with pharmaceutical giant GlaxoSmithKline, or Ancestry.com sharing DNA data with Alphabet (Google’s parent company), or even law enforcement using publicly available tools to comb through DNA.

The big issue here is that your DNA’s ultimate profit potential doesn’t lie in a one-time $120 test kit: it’s pharmaceutical and other companies who want to develop profitable new products using genetic data. Currently, the system resembles advertising data, where we give it to companies and then lose all contact with what happens to it. That’s probably not the model we want to follow, though.

Related: What Happens When We Run Out of Cloud Storage? Scientists Suggest Storing Data in DNA 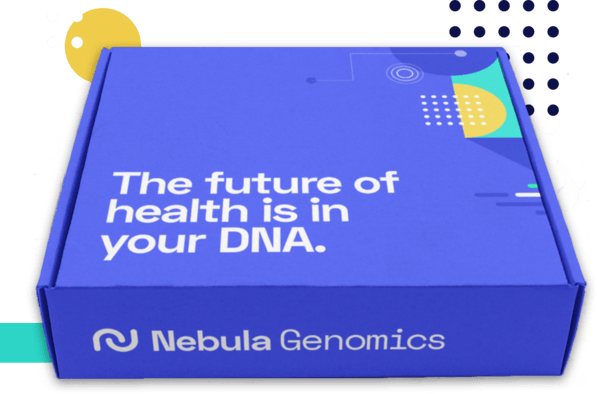 The biggest company currently tackling this issue is Nebula Genomics, which is probably your best privacy-focused alternative to something like 23andMe. They’re using advanced sequencing technology and a blockchain to gather and store your data in a format that only gives you access to the raw data, and anyone you authorize to use it can only access analytics that are performed on Nebula’s computers. Your raw genomic data is never exposed or made available for download. The basic idea is that your DNA is your property, and if someone else is going to make a profit off it, you deserve both a say and a cut.

The cut comes in the form of Nebula tokens, which you get in exchange for giving researchers access to your data. You can cash these out for money or use them to pay for more detailed insights about your genome (you can also get this upgrade with plain old money), essentially shifting the cost of sequencing your gene to the researchers who will actually be using it and giving you a kickback.

Another major player is Encrypgen, though they don’t analyze your DNA or give you a report, choosing to focus mainly on the DNA marketplace. You can use the testing service of your choice, then bring the raw data to Encrypgen’s Gene-Chain (a blockchain) to sell it. Much like Nebula, users have to give consent before anyone can access their data, and the raw data is never fully revealed. One major difference is that users can set prices for their data — a more market-based approach, but also more complex.

They don’t pitch themselves as a blockchain company, but LunaDNA does use one as the mechanism that allows them to securely store and share data. Like Nebula and Encrypgen, they keep all your raw data (just one copy, which you can delete if you choose) and only give access if you allow it. In return, you get dividend-paying shares in LunaDNA, meaning it’s a community-owned project.

Claiming to be the first company to successfully transfer genetic information over a blockchain, DNATix gives each user a “genetic wallet” that’s not tied to your real identity and which only you can control. You can upload your DNA data and basically send it around as you wish, allowing you to get insights from services without giving them your full genome or letting them know who you are.

Zenome is essentially the Russian equivalent of Nebula mixed with Encrypgen: it offers DNA sequencing and a full report, but also comes with a robust blockchain-based marketplace. As of 2019, they don’t have a fully working product, but they’ve launched the first version of their blockchain.

Blockchain this, marketplace that — where do I get a private DNA test?

Buying and selling genes on the blockchain probably isn’t what most people looking for a DNA test are interested in. You just want to know about your heritage and health data without being afraid your secret recipe is going to go public.

In that case, Nebula is definitely your best bet, as they offer a service with the same format and user-friendliness of the big testing companies while offering a much higher level of data protection and access control. The other companies mentioned here probably won’t give you a nice color-coded report, though. They’re mostly focused on reconciling the massive research potential of DNA with the need for user privacy, which will ultimately mean more private DNA tests for everyone.