Many of us old enough to remember the widespread adoption of home computing began using Macs due to their superior word processing capabilities, but as our machines have become ever more powerful, they have took on other roles too, for entertainment, music and communication. Our newly connected post-Internet world brings with it unparalleled opportunities to seek knowledge and discuss ideas but at times it can all be a little too much information to take in at once.

Minimalist writing applications such as WriteRoom seek to close off the outside world, at least temporarily, and provide an immersive environment in order to get back to basics and concentrate on one thing – writing. Let’s take a closer look at WriteRoom alongside a couple of similar apps and discuss whether they may complement your workflow. 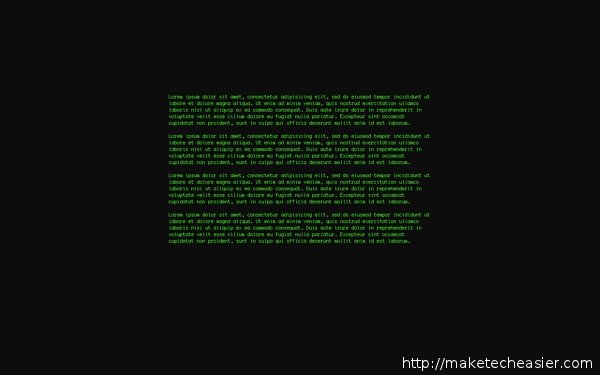 Whether you find minimalist writing applications conducive to your productivity will depend on your particular needs and working methods. Personally, I am something of a habitual ‘clicker’ and can rarely focus on one window for very long before I find myself checking out Twitter, catching up on emails or reading my RSS reader. For me, minimalist writing software has been a revelation and so much so, that I keep an old ‘beater Mac’ loaded up with WriteRoom and some relaxing music, given the job of word processor, in an attempt to draw a line between a computer for working on and a computer for relaxing on.

If you find yourself struggling to concentrate in today’s ever-connected and distraction filled world, or perhaps you just appreciate the aesthetics of minimalist user interface, then it may be worth considering a minimalist writing application.

Whether the perception matches the sales figures or not, WriteRoom is often thought of as the platform standard on Mac OS X and the application which all others must measure themselves against. Indeed, this is with good reason, as developers Hog Bay Software have managed that rare balance of providing just enough features to encourage productivity, with an interface which contains extensive options to help you tweak the app to your own taste.

The classic WriteRoom interface as shown above is full screen and completely immersive, unceremoniously cutting off the rest of OS X unless the user navigates to the top of the screen or hits escape to reduce the app’s window size. The UI is also one which resembles an old style computer terminal and it is this no-frills, workmanlike approach which originally attracted me to the app; though to be clear, WriteRoom can be tweaked to use Rich Text fonts and various colour background and text, enabling it to resemble a more slick, Byword-style text editor too, as you can see from the screenshot below. 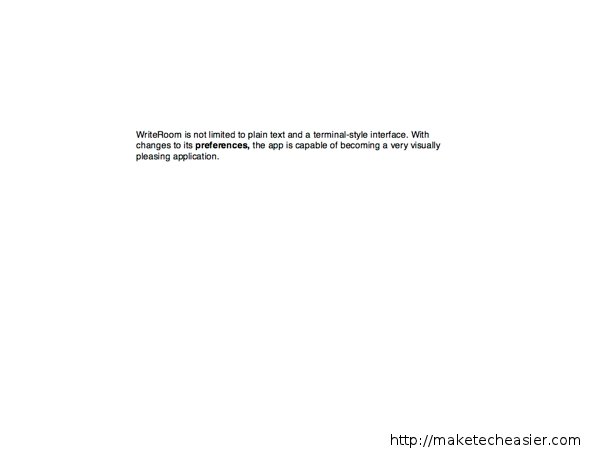 WriteRoom auto-saves every five seconds by default and unlike some other word processing software options, does so unobtrusively and without slowing down your writing (even on very old Macs). In addition, WriteRoom contains an option to add an ‘Edit In WriteRoom’ menu item within the ‘Edit’ menu of several other applications, such as Safari or Mail, lending the option of quickly switching to WriteRoom for composing your emails or web forms. 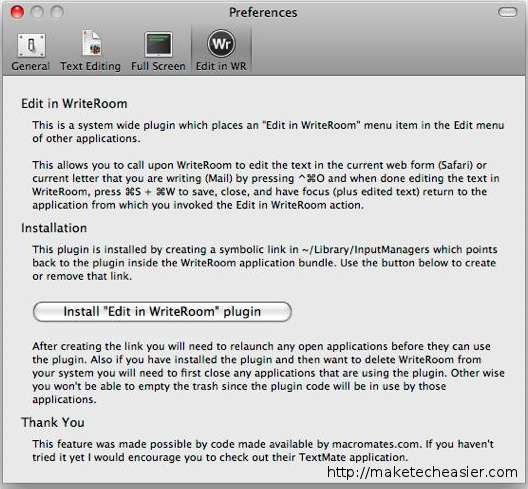 You can purchase WriteRoom for Mac from the Mac App Store here and though at $24.99, it isn’t the cheapest option, you can also try out a free 30-day demo, available from Hog Bay Software’s website here.

WriteRoom is by no means the only such app currently available for OS X. In an attempt to bring something new to a genre which by its very nature limits additional features, competitors have found novel variations on the theme. I shall briefly list a couple of noteworthy contenders below: 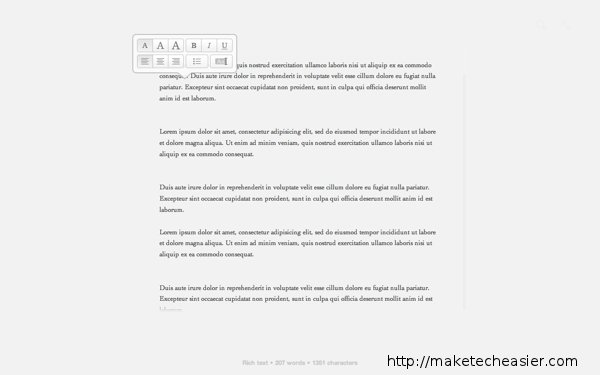 Byword sets itself apart from WriteRoom and others with a novel (and optional) mode of scrolling text which developers Metaclassy refer to as ‘Typewriter scrolling mode’ – an interesting attempt to encourage the user to focus on exactly what is being written.

Though just as immersive as WriteRoom, Byword has its own distinctive feel in use and boasts Markdown compatibility, making Byword very useful for bloggers and web writers who use the text-to-HTML framework. I love Byword and it may have been my main focus of this piece if it did not require an Intel Mac and OS X Snow Leopard or later (WriteRoom works on PPC Macs and OS X Tiger). 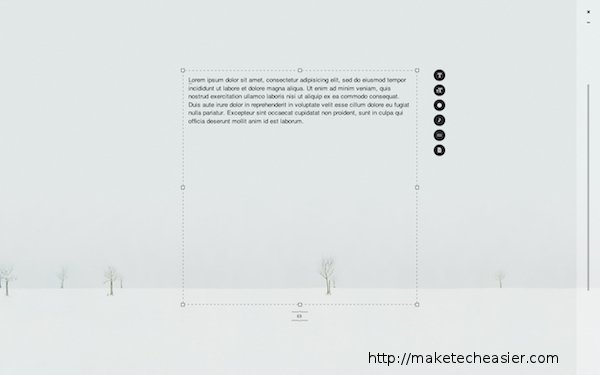 OmmWriter Dana II should appeal to those looking for something different. Instead of using a spartan interface, gentle rolling ambient tones (which can be disabled) are contrasted with soothing graphics in an effort to lull the listener into the correct state of mind in order to create.

Continuing OmmWriter’s unique approach to word processing, it is offered for a ‘pay what you like’ price, if you choose to buy on the developer’s own website here (minimum price of $4.11).

Distraction free writing applications seem to be quite a polarising category of software, usually leaving users feeling strongly in favour or against, but for those of us who do enjoy using them, they can be an incredibly useful tool to help get work done.