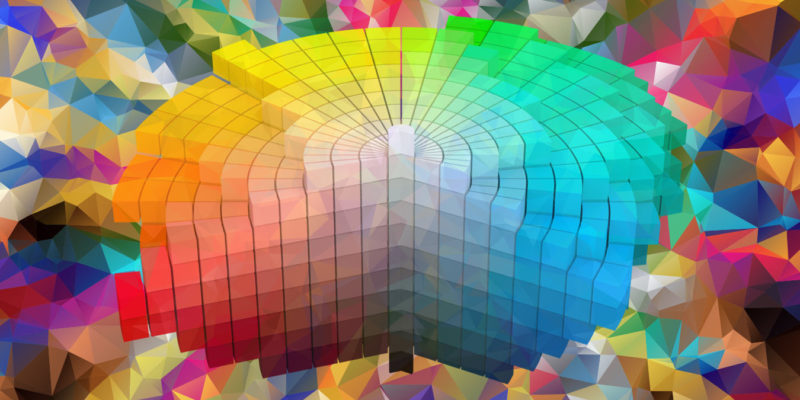 When it comes to splashing color on the screen, there are a few ways to do it with coding. Hex, RGBA, and HSLA are three of the most commonly used color code systems.

You’ve probably come across hex codes and RGB in the past, but HSL, despite being more human-readable, may not have been on your radar yet. Every way of writing colors down makes sense in different situations, and all you need is a basic understanding of each type to make an informed decision. Here we will explain the differences between RGB, HEX and HSL.

What is RGB (Red, Green, Blue)

It makes sense to start with RGB values, since Red, Green, and Blue are the three colors that screens can use to produce pretty much every other color. It does this using “additive color mixing,” but you don’t have to delve into the science of that to understand RGB.

It’s simple, yes, but not actually that intuitive. The RGB balance can change quite a bit even if you’re just changing the shade of a color, making it very difficult for humans to make manual adjustments without some kind of an RGB generator (of which there are, fortunately, many).

What are Hexadecimal color codes

While the math is fun, it obviously makes hexadecimal codes even more of a pain for humans than RGB, though they are easy to copy-paste and can have memorable letter/number combinations.

What is HSL (Hue, Saturation, Lightness)

HSL was pretty much designed for human readability, and it’s gaining popularity, particularly as an RGB alternative. It works like this:

Hue means color, and it uses the degrees of the color wheel to tell you what color you’re on. If you know the color wheel and the positions of these main colors, you should be able to tell that 45 will look orange and 270 will look purple just by thinking about it for a second.

Saturation is essentially how colorful the color is. 0% saturation means the color will just be a shade of gray, while 100% means it will show up full strength. If you want to mute your color or make it pop a little more, you can just change this value.

Lightness tells you how dark or bright the color is. 0% lightness means your color will be black, regardless of the Hue or Saturation settings, and 100% lightness will get you white. As you might have guessed, 50% gives you the most accurate color.

What? More color models? When does it end? For most people who work with colors on computers, it’s already over. Hex, RGB, and HSL are by far the most common ways to notate colors. If you’re in a field involving lots of images and colors, though, like graphic design or machine learning on images, you may run across people using one of these more esoteric color models, or even one of the others not listed here.

HSB stands for “Hue Saturation Brightness” and HSVs stands for Hue Saturation Value. They’re actually just different names for the same model, and their biggest difference from HSL is in how they define saturation.  HSI (Hue Saturation Intensity) has a few minor differences from HSB/HSV, but it’s not widely used, so odds are you won’t see it in the wild very much.

Which color model should I use?

Generally, choosing a color model is a fairly minor design decision, but good things are made with many small decisions. In general, hex codes make copy-pasting easy and are great in situations where humans probably won’t be involved very much. RGB/RGBA is decent for readability and is best used when it would be nice if a human could sometimes tweak transparency. If a human will need to manually change the color, go with HSL/HSLA. Other than that, it’s pretty much a matter of preference, although people on team HSL do tend to be smarter and better-looking.