For those of you who have been using desktop PCs for a number of years, you’ve probably been freaked out by all sorts of new noises coming from the unit that handles your most precious data. This is especially true if you use your computer for work since any catastrophic failure will require urgent repairs lest you face career loss.

So your crown jewel is making a whirring or beeping sound somewhere, and you don’t have the slightest idea what is going on. Before you get caught off guard, it’s time to tell you how you can isolate the problem so that you or a trusty computer wiz can repair it quickly and efficiently.

Use Your Senses and Check for the Most Urgent Stuff First

Your PC just went bonkers! Calmly, but swiftly, look for any signs of catastrophic trouble using your eyes and nose. A burnt electronics smell and/or smoke is a sign that you should do a hard shutdown of your computer by holding down the power button for a few seconds until the unit turns off entirely. Usually, if the noise and smoke came from the rear, then you may have a damaged power supply. Replace it and you’ll be fine. If there is no smoke, but you still smell it, or if the smoke is coming out the side, you’re having a very unlucky day. The problem could be coming from any of the chips on the motherboard.

It’s important to note that in some cases cleaning the interior of your computer solves the problem. Dust can trap lots of heat and ignite, causing the burning smell and sometimes even smoke.

If you don’t have to shut down your computer urgently, listen around for the source of the noise. If it’s on the top-rear of your computer, it’s likely coming from the power supply’s fan, unless upon closer inspection you find that the noise is coming from one of the case’s fans. (Usually the rear fan is positioned just below the power supply, so you really should check and make sure you’re not confusing one fan for another.) If the noise is coming from the side of the unit towards the middle, then it is either the CPU cooler or the graphics card (if you have one).

Should it come from the forward bottom region and the sound is slow and repetitive (demonstrated in the video below), it’s probably your hard drive beginning to fail, and you should shut down the system entirely as soon as possible, and then immediately proceed to find a replacement hard drive. 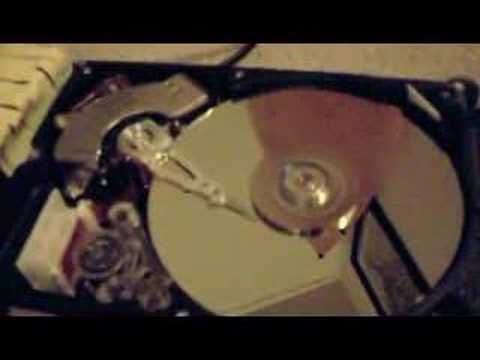 Here’s another noise that failing hard drives might make.

For more reference, this page has a database of how several different hard drives sound when they fail.

If the noise is instead some kind of whirring or rapidly repetitive sound (like the kind a bicycle wheel’s spokes make when running through a playing card), then it is probably coming from a fan in the lower forward area of your computer.

Fan noises aside, if the noise is coming from your DVD-ROM/CD-ROM drive, you should try ejecting the disc inside it and check that it was positioned correctly. If it already was, then try another disc. Still getting the noise? Your drive probably needs repair or replacement.

If your computer is beeping “differently” than it usually does when it starts up (Most PCs will send out one short beep through the motherboard’s speaker when turning on.), then that is your BIOS informing you that you have a problem somewhere in your hardware. Usually it means that you have a serious problem that prevents the computer from turning on in the first place. Sometimes your RAM memory isn’t seated correctly, the CPU isn’t being cooled properly, or the motherboard does not detect a way to display graphical information to you. The only way you can figure out what your computer is trying to tell you is by listening to the beep patterns and checking this list out to see where the problem is.

Weird noises coming from your computer might seem scary, but nine times out of ten the problem is something that can be repaired cheaply, especially if you get it done soon! Now you’re even equipped to isolate the issue yourself, so that you can save a lot of time, heartache, and money on repairs!

Have any other useful advice or spooky noises not covered here? Tell us all about it in a comment!

How to Reset Your CMOS and Why You Might Need To

Band Steering: Should 2.4GHz and 5GHz Be One Network or Two?

How to Measure Your PC's Power Consumption

How to Find the Best Wi-Fi Channel for 5GHz Frequency

8 Ways to Reuse Your Old Routers

What Is Hardware Acceleration and Why Does It Matter

DD-WRT vs. Tomato vs. OpenWRT: Which Router Firmware Is the Best?
How to Fix an Unformattable and Unusable USB Drive
7 Ways to Expand Your PC Storage without Deleting Anything
11 Fixes to Speed Up Your Computer Before Buying a New One
What Is Hardware Acceleration and Why Does It Matter
AirPods Alternatives: 6 of the Best Wireless Earphones You Should Get
10 Best Docking Stations for MacBook Pro in 2021
How to Find the Best Wi-Fi Channel for 5GHz Frequency