How do you view surveillance cameras? No doubt they help track crime but can as easily be misused to violate your privacy. Nowadays the going rate of CCTV cameras is very cheap with even HD 1080 models available for less than $20. This means anyone can afford to play cop with scant regard to your own preferences.

And when there aren’t any obvious CCTV devices, spy cameras can prove to be a real menace. Whether you’re in a hotel room, restaurant, conference room or even a cab, anyone can slip one of these tiny devices next to you. While there isn’t much you can do about other people, at least you can become more guarded by detecting hidden cameras with your smartphone.

Related: How to Easily Fix Your Android Camera Crashes

True to its name, the Hidden Camera Detector app uses your smartphone’s magnetic sensors and infra-red sensors in the camera to detect hidden cameras. It uses electromagnetic fields (EMF) to detect the invisible camera and beeps when there is a positive match. With over 1 million installations on Google Play, this app is certainly very popular. 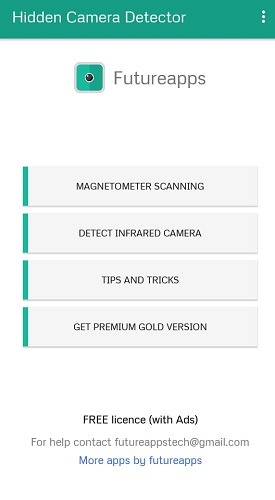 For greater magnetic sensor accuracy, move your phone’s camera as close as possible to the suspect device. You might want to look underneath door knobs, outlets, shower heads, lamp shades and even your own clothes! 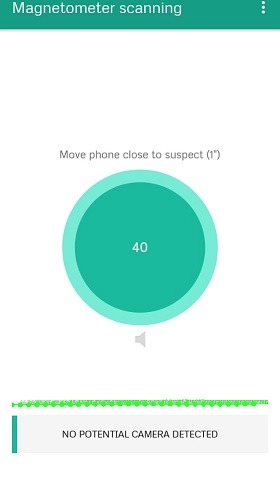 Most hidden cameras are invisible to the naked eye and remain on the objects which you are least likely to suspect. The infra-red camera helps you get a wide-angle view of your room, and you only have to keep an eye for white light. 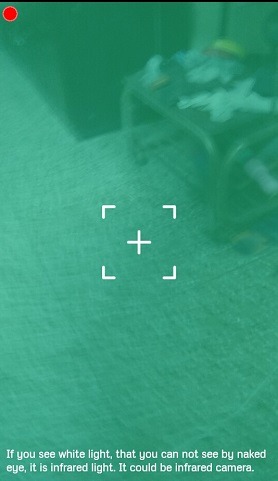 One common complaint with this app is that it is sensitive to metals, so it might beep in unexpected places even when there is no lens near the object. However, as per app guidelines, you only need to calibrate the sensitivity of the magnetometer between 60 to 80 to remove false positives. 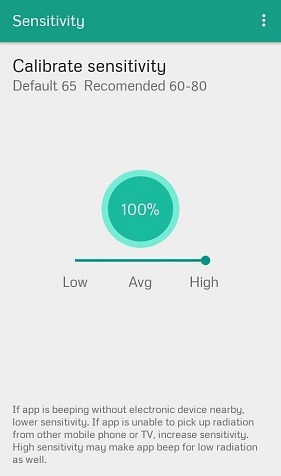 Related: How to Turn Your Android Phone into a Security Camera

This app works on similar principles as the previous one and is highly rated within Google Play. There is a magnetometer and an infra-red camera which detects white light. Ironically, it works as your own personal CCTV camera capturing important video moments.

Adjusting the sensitivity of the camera allows you a clearer view of any suspected spy cam devices. You can detect hidden figures, hidden objects and other problems in the infra-red mode. 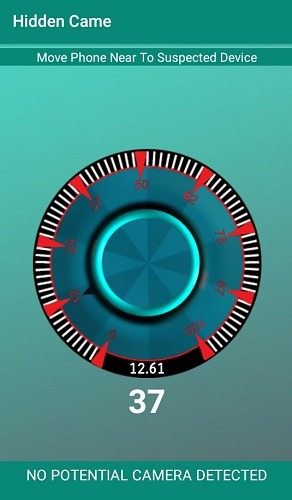 Are you not sure about the location where the cameras are lurking? The app provides a handy guide for each kind of room. For example, in a bathroom it suggests you look under the showerhead, vents, blow dryers and soap dispensers. It seems to be a useful checklist when you are in a hotel room that is giving you bad vibes. 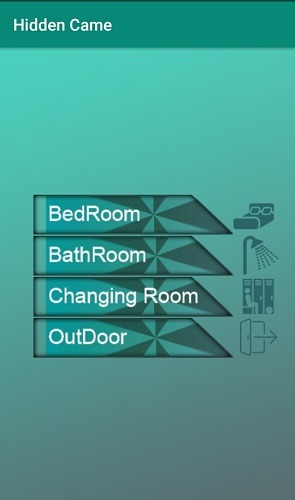 According to the Electronic Frontier Foundation (EFF), CCTV cameras pose a threat to locational privacy which refers to the freedom of an individual to move around without being tracked. By detecting the presence of cameras in your surroundings, you can make your movements less visible to those who believe you shouldn’t even have a say in this matter.

A word of caution: you might want to disable the app at the airport and in government buildings, as it might beep everywhere.

What is your opinion of camera surveillance? Would you use an app like this to cover your privacy? Do let us know in the comments.