Computer use is marked by the sheer amount of text read daily. For the overwhelming majority of information read, the font will never be a concern. Yet, if you’ve ventured onto a website like 1001 Free Fonts or Da Font, you’ll have no doubt downloaded a few fonts to see how they look or to complete a single, long-forgotten task.

Do this often enough, and you’ll eventually encounter an error message as you delete a font or family of fonts.

Windows is not forthcoming with information on what application is using the font; even with the details in the window unhidden, the operating system simply does not identify where the font is being used. Understandably, it can be tiresome to try and eliminate potential suspects. Using the Registry Editor, it is possible to side-step this annoying error message:

1. Press the “Windows Key + R” at the same time to bring up the Run window. 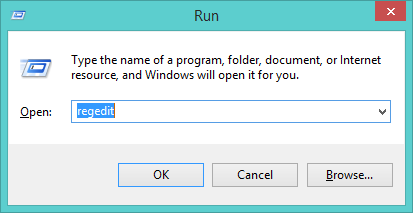 2. Type “regedit” at the Run window and press Enter. If prompted by UAC, confirm you want to access the Registry Editor. It is not guaranteed that UAC will appear, but if it does then permission should be granted. You do not have to open the “Run” dialog as Administrator to delete fonts.

3. Once in the registry editor, focus your attention on the navigational tree towards the left. Follow the folder structure here: 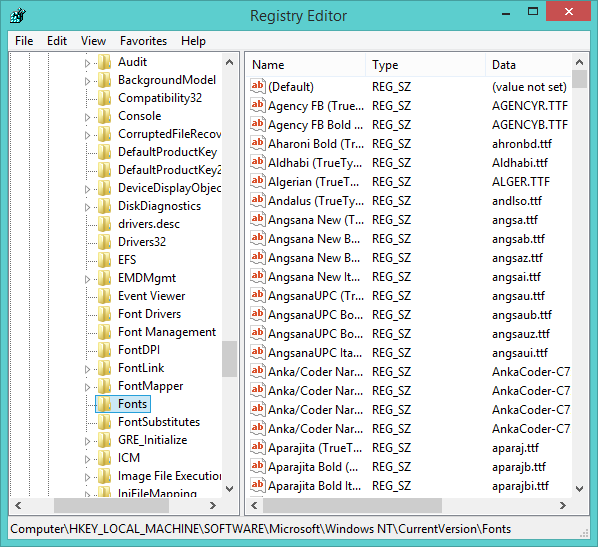 4. When you reach this point, you should see all of the fonts currently installed on the computer. Many of these fonts will be standard with Windows 7 or 8; you can double check the fonts supplied as standard in Windows 7 and Windows 8 before doing anything else. Should you find you have removed a core font, Microsoft provides access to these fonts for free, and we highly recommend that you reinstall them. 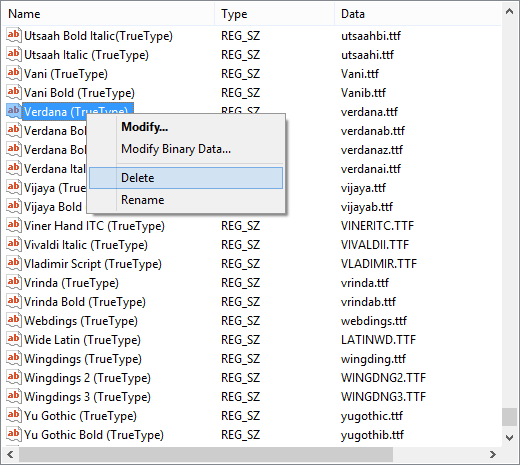 5. Find the font you want to remove, verify that it is not a standard font supplied within Windows, and then press “Delete” or right click and select the option. The computer will not produce any error, but will remove the font as requested.

Since you’ve been tweaking Windows’ internal registry, you may wish to restart the computer at this point to be sure that the change has taken effect. During our testing, we had no need to reboot; provided the font was not in use in an open Word document or similar, the effect was taken immediately, and the font ceased to display.

Once rebooted, open a program like Word or Notepad and check out the fonts: the font you deleted should no longer be listed. If you had a document originally written in one of these fonts, the font will likely display as “Times New Roman” or another core font, though it may still have the same name. Simply change the font to something else and the problem will be solved. It is recommended that you do not modify the core fonts supplied with Windows as they are important. Though you may not use Verdana very often, it is intended to be available on as many computers as possible to allow compatibility.