Have you ever fallen for a prank that you really shouldn’t have? It’s true that most of us wouldn’t get caught out by the tricks on this list, but there’s always a chance when people want to believe that something is true.

Most people want the iPhone 7 to have a headphone jack or for older models to be waterproof, and that’s why it’s easy to get caught out if you’re not careful. Let’s take a look at five of the harshest examples that have sometimes left users with nothing but an expensive brick.

1. Drilling into your iPhone 7 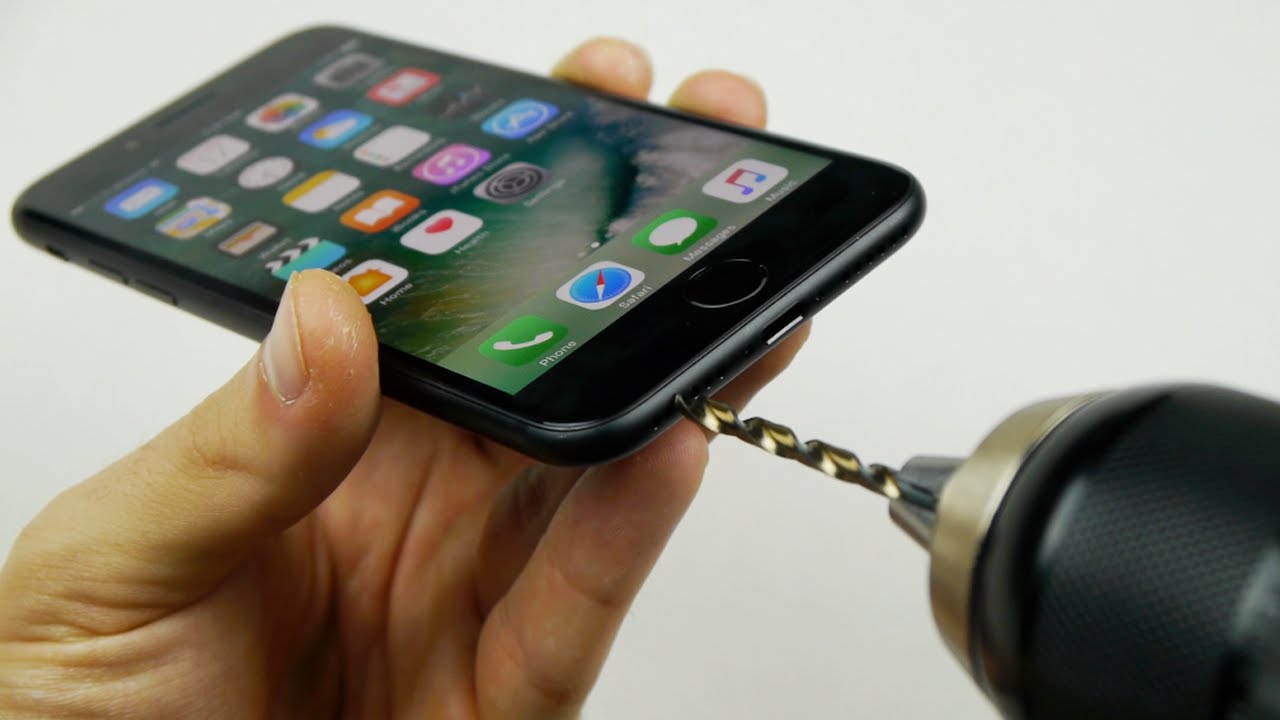 It sounds ridiculous, but a few users were reportedly tricked into drilling into their new iPhone after a prank video went viral upon the release of the 7. The video claimed that you could drill a new headphone jack into the device, and some users jumped at the opportunity.

This is one of the oldest tricks that I can remember hearing about, and it has caught a number of people over the years. The rumour is microwaving an iPhone would charge it to 100% instantly. It sounds great, but in reality it causes the battery to fry, instantly destroying the device. There are many examples of videos that make the claim on websites like YouTube.

Most of us know better in an age where everyone seems to have a smartphone, but it’s still a sneaky way to get gullible owners to completely destroy their device.

This recent bug would cause a phone to break completely. If you set the date on a new iPhone to 1st January 1970, it would cause the device to crash and brick. Users reported that the damage was irreparable.

But how did trolls get people to set that date on their device in the first place?  They said there’s a hidden easter egg with a snazzy Apple logo on startup if they change the date and mocked up the image above to make it seem legitimate.

(Apple didn’t even exist until 1976, so it doesn’t make sense under closer inspection.)

I saw the effective power messages flying around while I was on Android, as they tore through my friends’ phones like a virus. If you received a notification with Arabic and Chinese writing, it would make the device reset unexpectedly, but it only affected iOS phones.

The effective power part of the message wasn’t the problem, as it was actually a bug caused by different fonts and the layout in the message that caused phones to crash and restart. At least it was fine afterwards, which can’t be said for some of the other pranks on this list.

Of course it doesn’t, but that didn’t stop trolls from releasing a decent mock-up of an Apple press release that claimed a new update would make the phone waterproof. Sometimes it’s not enough to want to believe, and it tricked a number of users thanks to the image shown above.

You can sometimes fix water-damaged devices with rice and other methods, but there’s always a chance that it will be completely ruined.

Okay, it’s a pretty dark list, but it’s arguably quite funny if it doesn’t happen to you. Apple tends to take care of customers who come in with broken devices under warranty, but it’s still cruel to make someone break their phone for no reason other than laughs.

Everyone knows that iPhones tend to be expensive, and many people have their phones on contract, meaning they don’t own it outright. That makes it even worse if you break a new model because of bad advice. We all tend to trust FAQ’s and Internet searches to help us out, but be careful if something seems too good to be true. Hopefully this list will help you to stay away from some of the worst advice you can get.

Have you fallen for a trick like this before? Let us know in the comments section!

How to Customize Your iPhone or iPad Lock Screen