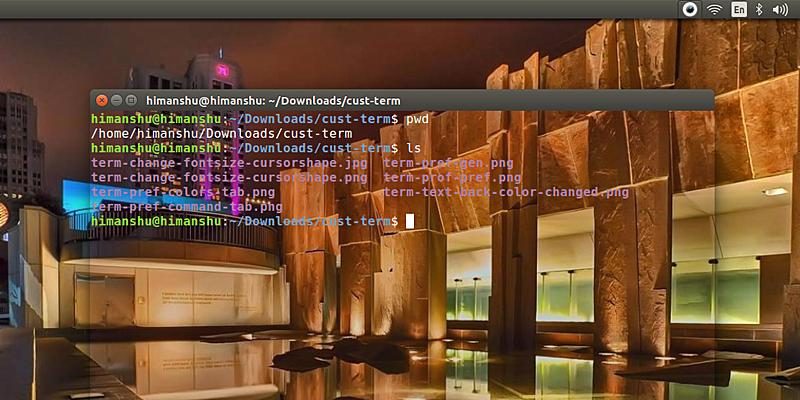 Whenever a new version of a popular Linux distro (say Ubuntu) is released, the Internet gets flooded with articles on how to customize it to better suit your needs/requirements. While the focus of such tutorials is Desktop as a whole, sadly, the command line terminal window usually does not get much attention.

Nearly all the customization options can be accessed through the “Profile Preferences” entry that sits in the terminal’s “Edit” menu.

Click it and the Preferences window will appear. The window contains many tabs, including General, Command, Colors, Scrolling, and Compatibility – each name indicating the kind of customization options the tab contains.

In the General tab, which is active by default, there are options to tweak the initial terminal size (the size of the terminal in terms of number of rows and columns when it’s launched) and change the shape of the cursor (which is set to Block by default), as well as tweak the text appearance, including the font used in your terminal.

For example, I increased the font size (from default 12 to 16) and changed the cursor shape from block to underline:

Now let’s move on to the next tab (Command). 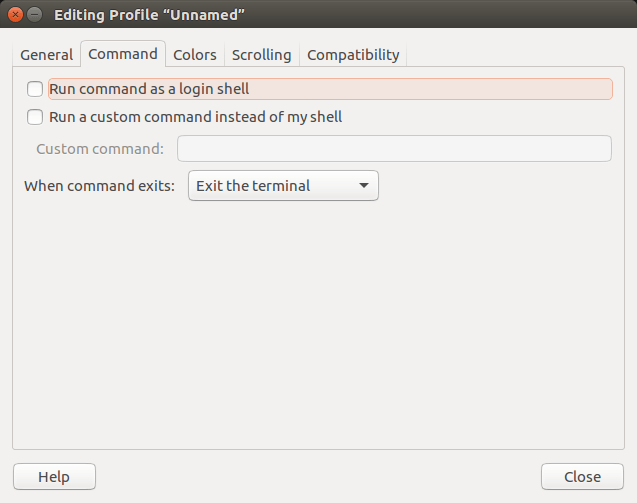 As you might already know, a shell is basically an interface between users and the operating system. It translates commands entered by users and passes them on to the OS. But sometimes you may want to set the terminal to run a command when it starts up instead of awaiting input from you.

This is made possible through the “Run a custom command instead of my shell” feature – just enable the feature (by ticking the corresponding box), and enter the command you want the terminal to run. There’s also an option where you can tell what action should be taken after the command exits – available options include “Exit the terminal,” “Restart the command,” and “Hold the terminal open.”

Moving on, the Colors tab, as the name suggests, contains all the color-related settings for the terminal window. 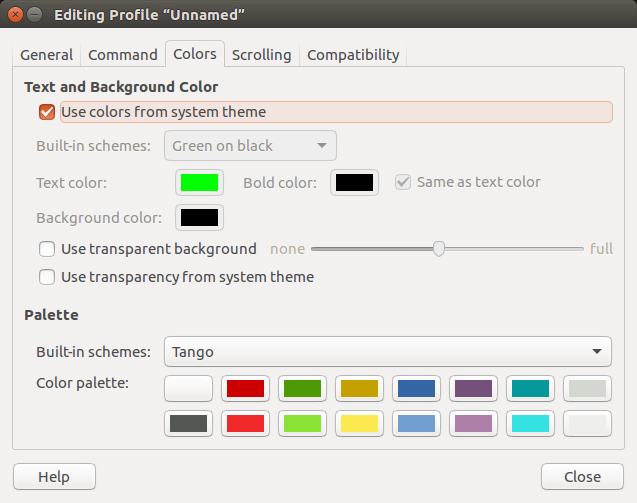 By default, the “Use colors from system theme” option is active. Just disable it, and you can choose from built-in schemes. For example, I selected the ‘Black on light yellow’ scheme for my terminal. 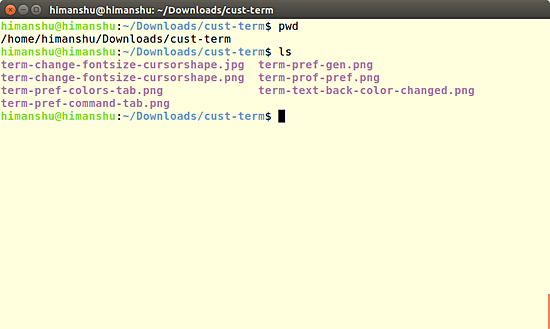 Another interesting feature here is “Use transparent background.” As the name suggests, you can enable this feature to make your terminal’s background transparent. This may prove to be helpful in various situations. For example, when trying to run commands listed on a web page, you will not have to frequently switch between your terminal and browser apps. 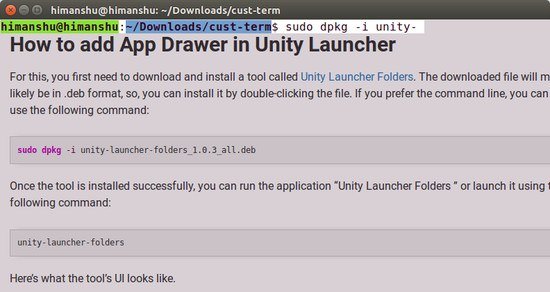 Moving on, the Scrolling tab contains scrollbar and scroll-related options, such as whether or not to show the scrollbar, scroll on output or keystroke, as well as the limit (in term of number of lines) you want to apply to scroll-back. 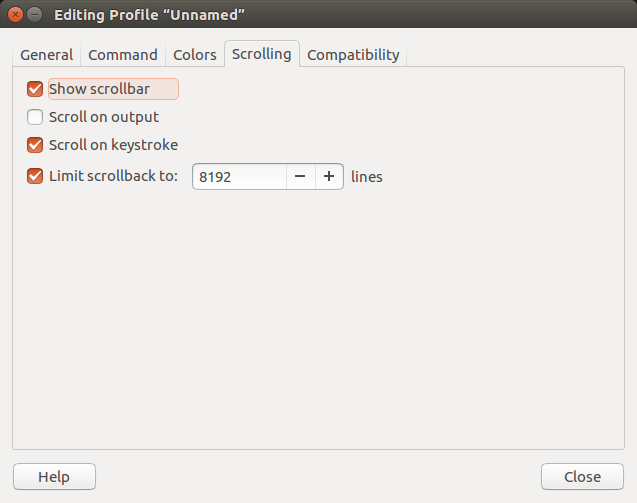 And finally, the Compatibility tab lets you define things like what the backspace and delete keys generate in the terminal, as well as the type of encoding. 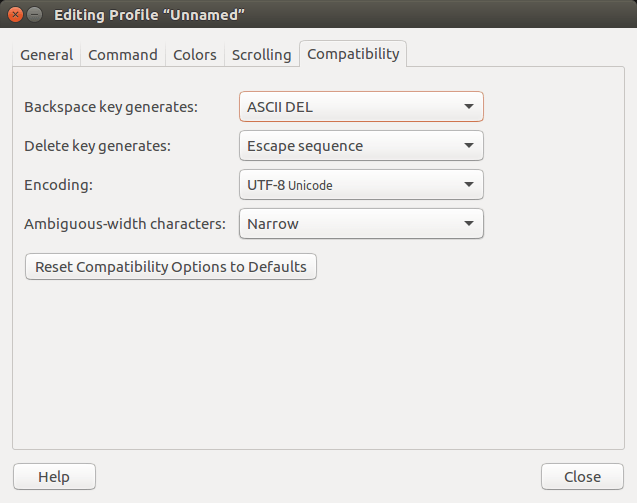 That’s the kind of customization you can do for the command line terminal in Ubuntu 16.04 LTS. When you’re done with the changes, make sure you come back to the General tab and provide a name to the customization profile for future use so that you don’t have to repeat all these steps again and again.

Of course, it’s not compulsory to customize your terminal’s preferences, but one should at least have some basic idea about the available settings and how to use them.