It’s easy to assume that because we have nearly unlimited resources to use for graphics in the 21st Century that 8-bit graphics are old-school, nostalgic remnants of a time gone by. Of course if you’ve been paying attention, you’ll know that 8-bit graphics have been having a resurgence and many game developers and artists fully embrace the oldstyle graphics for their current work.

In this article we look at Cosmigo Pro Motion NG, the 8-bit graphics tool of choice.

In the 80s and 90s computers were much less sophisticated. However, people got used to the limitations and did great graphics anyway. The same goes double for games; the machines were crude, but that just meant you had to work a lot harder to do something that looked good.

Fast forward to 2017, and Cosmigo Pro Motion NG is the go-to graphics program for the next generation of 8-bit artists (hence the NG part). The software has been around since 1997 and, although it lay dormant for a few years, is having a rise in popularity as the graphics engine of choice for serious modern 8-bit artists.

The software is mainly for Windows but can be used on Mac and Linux through Wine. It is free but can also be upgraded to the pro version with more features for $50.

Pro Motion NG is a very different way of working. If you are used to Photoshop, then there are two things that are going to bug you:

Don’t worry about the first one, as you can change the keyboard shortcuts to match the Photoshop ones you are used to. As for the second one, the tools work differently, and you will have to hit a learning curve, there are no shortcuts to proficiency there.

Down the side you have a toolbar, but the tools work in a different way. You are not really sketching and drawing like you would on a modern drawing package. You are building the images like LEGOs out of pixels. So, working on 8-bit art means you work zoomed in most of the time, much more extreme zooms than you would normally, and you work on a pixel-to-pixel level.

Zooming in and out is easy with the centre mouse wheel, and moving about the canvas uses the space bar to make a hand tool, as with some modern packages.

Another old-fashioned concept Pro Motion makes use of is a special holding space called the brushes container, and in this you can store brushes you’ve grabbed from the main art. Tricks you can do with this are storing a palette from a brush and then remapping that onto the artwork.

You can also create animated brushes, brushes which store all the layers of animation underlying the top graphic, so you can stamp the animation around the screen. There is also some amazing and flexible onion skinning in the program, making it easier to animate a character by making the previous frames (and even the subsequent frames if you want) visible on the current frame.

You have to get good at palette management, and Pro Motion helps you with that with a lot of extra tools to help you move, copy and remap the palette colours for the image so that you can keep them neat and organized. Notice the little Remap button.

This way you can move all the colors around, then make the colors of the image go back to what they were before.

Finally, another thing which was big in the 8-bit world was a thing called “color cycling.” Animation was made by structuring certain areas of the color palette so that when the colors were cycled through you would get a crude animation. Games used this to amazing effect to make a still image with moving water or skies. Think of it like those neon signs which have two or three different poses for an arm or leg and cycle through, lighting each one in turn. Pro Motion is the only tool we can think of which makes it easy to create color-cycled images. (See the video below for some great examples of what can be done.)

For the creation of icons, sprites for games, animated GIFs or retro-looking pixel art, there’s no better tool available, free or paid. For making animated GIFs, there’s actually nothing else which springs to mind which is even half as good. For example, the animation below was the same animated brush stamped repeatedly over the page. Quick and simple.

8-bit graphics can be an exciting playground to explore new ways (or more accurately old ways) to make images and provide yourself with the creative stimulus of having fewer rather than greater options. There’s so much more to Pro Motion NG than we have the scope to talk about here, but take our advice: go get it and have a play. It’s either just a nostalgic walk in the graphics world of yesterday or the beginning of a whole new hobby. Aren’t you curious to find out which?

For extra credit, check out the fascinating lecture (below) on the art of 8-Bit graphics from Mark Ferrari who pioneered a lot of the basic techniques for classic Lucasfilm Games which made 8-bit graphics so iconic in the first place. 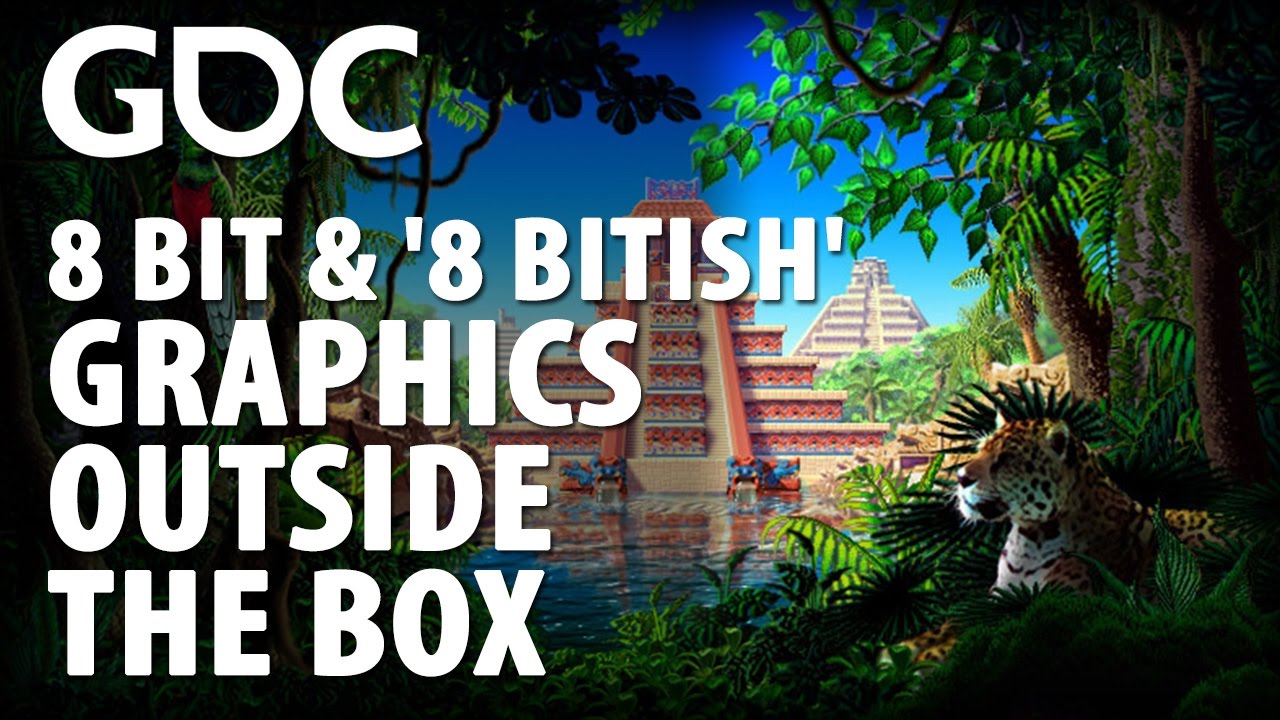 If you have any questions, please drop them into the comments section.

Phil South has been writing about tech subjects for over 30 years. Starting out with Your Sinclair magazine in the 80s, and then MacUser and Computer Shopper. He's designed user interfaces for groundbreaking music software, been the technical editor on film making and visual effects books for Elsevier, and helped create the MTE YouTube Channel. He lives and works in South Wales, UK.

How to Use Picsart to Change the Background of Your Photos

How to Edit a Screenshot on Your Phone

How to Blur Images on a Mac

How to Remove Unwanted Objects From Photos

5 Best Photo Editors for Mac You Can Use for Free

12 of the Best Image Editors for Linux