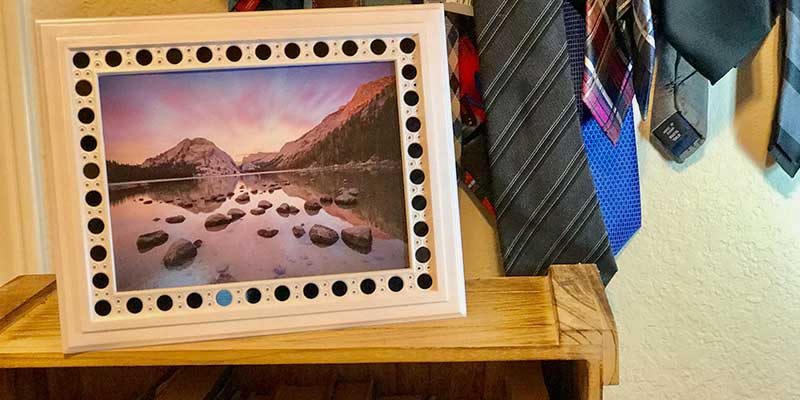 This is a sponsored article and was made possible by CONBROV. The actual contents and opinions are the sole views of the author who maintains editorial independence, even when a post is sponsored.

With the growing use of smart-home security cameras, the average citizen is not the only one taking notice – thieves are, too. That is why the Conbrov Photo Frame with a hidden spy camera is a nice option for those who want some sort of security camera on the cheap that is indistinguishable from a regular photo frame. 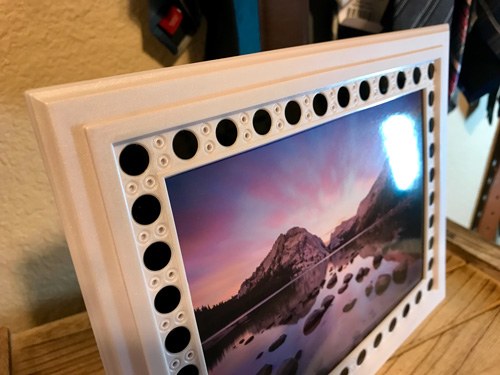 The T10 operates via an internal rechargeable lithium ion battery, and video is recorded onto a micro SD card. The micro SD to USB reader is included, so you will only have to provide the micro SD. This is great because you can choose which size of micro SD that you would prefer. Essentially, record as little or as much as you want.

As for the camera quality, it is certainly decent enough for the price-range and is detailed enough to help identify a suspect should they enter your home. It shoots in 720p high definition, and the night-mode is decent. If you keep any sort of lights on in your home overnight, such as a lamp or kitchen light, that would greatly increase the overall camera quality.

The device is very inconspicuous. Paired next to other frames and photos, it looks just like that – another frame. That is it. No frills whatsoever from an outside viewpoint, which is what you want.

I had expected something like a digital picture frame based on the price, but in hindsight I am glad that it was NOT that. If the frame is too flashy or has obvious features that a regular frame would not, it would be a steal-able and desired object to any intruder. The goal is to capture events in your home without it being known that anything is being recorded. It is available in both white and black. 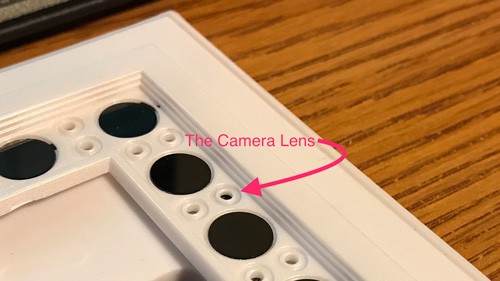 The actual frame itself is made of a hard plastic which in turn keeps the price of the device low. It looks like a nice piece of metal at first glance. That stated, it can feel a bit cheap to the touch. Do not get me wrong – it looks great on a mantle or tabletop!

The user manual is a bit difficult to read due to the translation, but nonetheless, it is pretty easy to figure out. The first thing you want to do is charge it to capacity.

You will also need to take out the default image and plug in the included micro USB cable to the port on the control panel. I plugged the micro USB to USB cable into my Apple 2.1 Amp USB to AC adapter, and I left it to charge for a couple of hours. From there, format and install a micro SD card into the micro SD port inside the device. The port is located near the rest of the control buttons and the micro USB port. 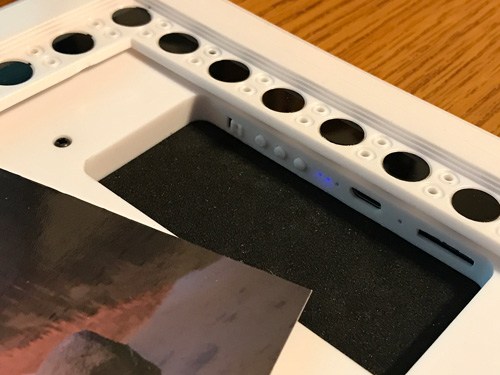 Next, and perhaps one of the more frustrating things about the device, is that once you turn on the device you will have to take out the micro SD card and edit a text document on a PC to change any and all software settings that you prefer. This is not entirely a bad thing, as again the T10 should be as inconspicuous as possible, but if you do not know your way around a text editor all that well, you could run into trouble.

If the T10 were able to connect to the Internet, software settings could theoretically be remotely controlled from a browser or a smartphone as we see on popular home security cameras. In a way, it is good that it cannot. From a privacy and true security standpoint, what is recorded on the device can in no way leave the device and enter the airwaves.

To access the video, you must insert the microSD card to a PC. It is as straightforward as that. There are no worries in regard to leaks of any kind or the need to rely on the safety of your data in some foreign data center. Data is stored on the physical device and that alone.

As I had previously mentioned, the camera records in 720p high definition and has a respectable night mode. But, how does it actually record and handle information when the micro SD becomes full?

The camera has a PIR motion detection mode with a 1.8 second delay. This is the perfect recording mode that such a camera should have. Likely you will end up seeing a lot of footage of your cat, but if an intrusion were to happen, you will be grateful that it kept a watchful eye. When and if the micro SD capacity is filled, the device will begin to overwrite previously shot footage. Copy anything important over to a PC, stat!

The Conbrov V10 at its core is a simple security camera with an aesthetic purpose to it as well, which hides its true ability. It is not a device that should be the single security camera in your home, but it should add to a pre-existing security system.