We are currently living in what could be called the “post-industrial era.” Throughout the 20th century, machines have slowly been doing backbreaking work that flesh-and-blood humans and animals have been burdened with for centuries. Washing machines replaced washboards, automobiles replaced horse-drawn carriages, and now robots are replacing the factory worker. Even then, most people doubted that robots could create works of art of expression, such as writing and painting. But now, robots are writing news reports and painting the masterpieces of great artists. Is this the end for those who are in these niches?

What Are They Really Capable of?

The capabilities of robots have surged considerably in the last few decades, and we can only expect them to get better at what they are doing. The reason why the manufacturing sector of the workforce is easily being swept aside by machines is two-fold. First of all, companies need to seek out ways to remain competitive in a market that is always asking for lower prices that coexist with a government that’s always making them pony up more cash. Businesses left to choose between losing some of their workforce to stay afloat will take that choice if it means that they don’t end up closing down entirely. While necessity is a strong incentive for workforce mechanization, it’s not the only one; businesses also must produce things faster than their competitors. And what’s faster than a machine that can churn out a significantly higher quantity of one product while also minimizing flaws?

In the 21st century, robots are masters of imitation and obedience. They do everything you tell them to do, imitating every step a human would take, and wow, do they do it quickly! 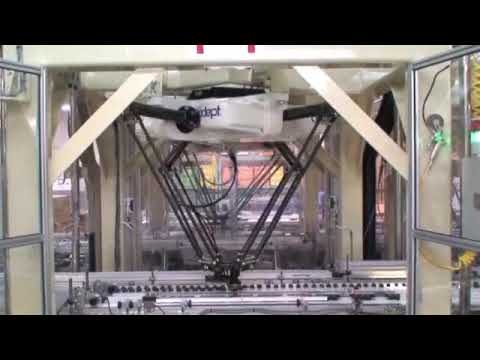 What about the creative arts? Can robots produce abstract works that are as original as that which humans can build with their own two hands?

While the header above seems like a very strong answer, it is more nuanced than one may think at first. To really come to the above conclusion, you need to ask yourself just one simple question: What makes us human in a way that robots are currently incapable of reproducing? Think about it for a second. We are the only beings on this planet capable of working with abstract concepts and putting them on canvas or paper. This makes us the only things that are able to make an original piece of art. Yes, robots are writing news stories. However, at best, you can say that those stories are just words strung together in a way that is legible. On May 20th, 2015, Engadget reported that a showdown between a famous writer robot and a real live reporter revealed that the robot’s writing was still … robotic.

Does this mean that robots will never have the capability that humans have to create full-bodied works of art? Not necessarily! If we can get robots to be as quirky, as irrational, and as creative as we are, we can definitely see ourselves creating the next Picasso with our own hands. A team of engineers one day with no talent in the fine arts will be able to build their own robot that composes new melodies and writes beautiful literature that has never been read. This day is definitely not near, but I can see it in the far future when we’ve managed to create one robot that sincerely makes a request, has a particular taste in music, and draws inspiration from what it perceives around it.

Now, we must ask ourselves: is such a robot worth creating? Go ahead and tell us what you think in a comment!

How to Check Text for Plagiarism

What Task Do You Wish You Could Give Up to a Robot?

Would It Upset You to Be Diagnosed by a Robot?

Would You Allow a Robot to Take Charge of Your House?

Do You Think Robots Are the Cause of Unemployment?

4 of the Best Keyboards for Writers

Will Your Job Be Taken Over By Robots Eventually?

Should We Be Worried About Artificial Intelligence?