It’s always been a mystery to those of us with two biological arms how someone with a prosthetic arm can move it similarly to a biological arm. Scientists have been working on being able to control artificial limbs with the brain. And now they’re taking that research even further, using the brain to control an additional limb to two biological ones.

Engineers with Kyoto’s Advanced Telecommunications Research Institute showed how people could learn how to control a third robotic arm with their brains. It could be a big help in our busy lives today that sometimes require multitasking.

The Science Robotics journal published a paper that explained the research of fifteen test subjects and the success eight of them experienced. They balanced a ball on a board with their hands at the same time they were grabbing a water bottle with a brain-controlled arm.

Not that this brain-controlled robotic arm can do everything the two biological arms can do. At this point it can only do the most basic of things. It moved on a predetermined path and only closed and opened the hand.

The interface that controls it is a cap with electrodes that measure electrical signals that are being produced by the person’s brain. The test subjects were tasked with imagining opening and closing that third hand. Scientists then recorded that signal while it was being imagined and transferred it into an instruction for the robotic arm.

“What we’re measuring is leakage from the brain’s electrical activity,” said Shuichi Nishio, a researcher involved with the study. “We have to tune [the brain-machine interface] for each participant, selecting the right electrodes and frequencies.”

The research paper pointed out that this was the first time the human brain was used to control supernumerary limbs. Prosthetic arms often work with the use of joysticks or electrical signals from muscles. 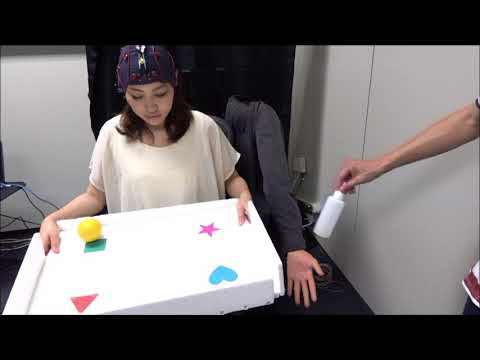 The concept device that was being used here took the form of a backpack to be worn and included two robotic arms. The suggestion for these arms is that they could be useful in manufacturing, such as holding tools and parts or bracing the body of a worker when they’re squatting in one place for a long time. The hope is that they’ll be used like a regular extension of the body.

Further Thoughts on the Research

This has led to other research for Nishio and his colleague, Christian Peñaloza, specifically for the brain. They noticed during the multitasking challenge for the test subjects that there were two distinct groups that emerged. Some were really good with multitasking, while others were really bad, and there wasn’t anyone who fit into the middle of the two categories.

They were also asked to control the robot arm by itself while not doing anything else with their other biological arms. But everyone did the same with this, which was fairly well.

To these two researchers, this meant some people are just better at multitasking than others. Additionally, it’s possible that it’s a skill that could be improved with brain-controlled devices.

“By operating this brain-machine interface, we have an idea that we may be able to train the brain itself,” reported Nishio.

Can the Technology Be Applied?

What does this mean for us? Obviously, if we or someone we’re close to has the need for a prosthetic arm, it’s great news. But what about using this third and fourth arm technology for multitasking? Do you see a way it could help you in your life? Let us know in the comments section what you think!

Microsoft Formally Announces Windows 11 Is Arriving by the Holidays

The Dangers of Sending a Text with Android Messages App

Apple Indicates It Fixed Podcasts App After iOS 14.5 Broke It

Charge Batteries via USB with the ReVolt

Microsoft Reveals Windows 10 Will Retire in 2025