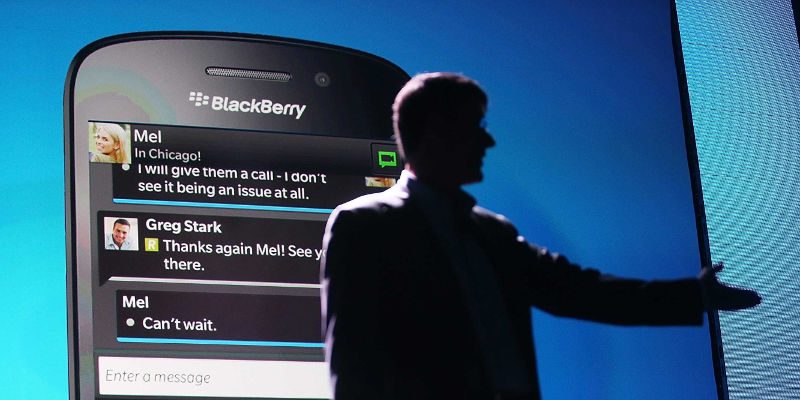 As wars are won and lost, some empires crumble while others remain victorious. Others are obscured by the shadows of larger entities, and yet others are reborn from the ashes of their forefathers. Blackberry has undergone a series of slumps in recent history. It’s no longer the company that once was locking horns with the likes of Apple back in 2009. Google’s Android changed the way the game is played, and only Apple was able to adapt (due to its ever-loyal customer base and enormous library of mobile applications). Research In Motion abandoned Blackberry’s operating system and adopted Android for its phones but it was too little, too late. However, that luck might change over the next few years as the phone manufacturer has got a couple of things going for it.

The Qualcomm Battle That Gave Blackberry Its Boost

Today, Blackberry sits comfortably over a pile of $815 million that it won in an arbitration case against Qualcomm, claiming that it was overpaying royalty fees to the company. The phone manufacturer saw a roughly 16 percent increase in its stock value as a result of the decision (taken from comparison of BBRYN stock between 04.11.2017 at closing and 04.12.2017 upon opening).

This new influx of capital could lead the company to do a couple of great things, like boost its marketing efforts and appeal to the under-25 demographic (you know, people who don’t remember Blackberry phones).

Looking Back at History

It was the year 2009, and everything was nice and quiet. Blackberry was holding onto a respectable 20 percent of market share with its quirky keyboard-wearing phones. Then Google came in mercilessly and released Android 2.1, pushing it aggressively into the market like a steamroller. On March 2010, AT&T was selling Android phones manufactured by Motorola. This was the beginning of a long uphill battle for BB phones that it would ultimately lose. By 2013, the Blackberry operating system was nothing but a memory in the back of the minds of even the most die-hard fans. Despite the decline, Research In Motion (the name of the company before it re-branded itself as Blackberry) held onto their tactile keyboard form factor and failing operating system.

It took until 2016 (a year after the release of the Priv, which ran Android) for the company to completely re-assess its strategy and manufacture all its phones to fit Android’s software. By then, other major manufacturers like HTC, LG, and Samsung have bought a ticket on the train.

Selling a phone requires a little bit of luck and a lot of effort on multiple fronts, something which Blackberry has had trouble doing given its tenuous position in the market. Its once-loyal fan base has already moved on and had begun using phones from other manufacturers. To say the least, the company has a lot of catching up to do even in the business world where it once dominated.

Despite all of the hits it has taken over the years, not all is lost for Blackberry. A couple of good decisions and a little bit of serendipity might make it start coming back in the market as strongly as it did back in 2009. For now, it might be a good idea to market the phone for businesses that wish to address the threat of costly breaches and the involvement that BYOD (“bring your own device”, a phenomenon describing employees bringing their phones for use at work) has with this particular problem. If it can continue to do what it did when the Blackberry Priv sold above expectations, we might just see the company experience a renaissance.

Would you ever buy a Blackberry phone? Give us your reasoning in a comment!