Bitcoin still dominates the cryptocurrency space, but as of late we’ve seen a series of high profile splits or forks. If you exude interest in digital money, you have probably noticed that Bitcoin Cash has been the talk of the town since August 1st, 2017. But what exactly is Bitcoin Cash? Before we delve into the crux of Bitcoin Cash, let’s first touch a little on Bitcoin to bring beginners onboard.

Here’s an illustration that should help you understand Bitcoins. Suppose you want to send money from the USA to Europe. You can either use wire transfer or internationally accepted payment services like PayPal. For such transfer services, you end up paying a lot in fees:

In the end you end up paying a large chunk of the transfer amount, roughly 2% to 10% as a service cost. Even though everything is done fast and electronically, why lose so much money? To circumvent such high costs, people have been switching to alternatives like Bitcoin.

Bitcoin is the world’s largest digital cryptocurrency, created in 2008 by a Japanese software engineer, Satoshi Nakamoto. Unlike other hard currencies, Bitcoin is independent of any geographical entity – meaning it’s not regulated by any country. Anyone with Internet access can use it; it’s like the official currency of the Internet. Plus, your transaction remains anonymous to everyone except you and the sender.

The good thing about Bitcoin is that you can transfer money anywhere in the world at a very low transaction fee. For example, transferring any amount of bitcoins from the US to Europe will cost you around $2 to $3.

Bitcoin Cash is the continuation of the Bitcoin project as peer-to-peer digital cash. To better understand Bitcoin cash, you first need to understand what a blockchain is. Bitcoins operate on an open transaction ledger called the “Blockchain.” The blockchain is a shared public ledger where all the transaction data on the network is recorded. Whenever a user initiates a new transaction, that transaction is recorded and verified using blockchains.

A small group of miners who were dissatisfied with the limitations of Bitcoin and lack of updates decided to take the matter into their own hands. By forcing a fork in the Bitcoin blockchain, they created a new currency known as Bitcoin Cash. The thing about hard forks is that if some people disagree with the ideologies of the original group, they are at liberty to split off and start their own version with the same technology but different governance model and strategies. That’s what happened to Bitcoin.

How to Buy Bitcoin Cash (BCH)

You can buy Bitcoin Cash (BCH) much like other cryptocurrencies. Tere are the three simple steps to take.

Step 1: Get a Bitcoin Cash wallet

Coinbase, the most popular Bitcoin exchange, just recently added support for Bitcoin Cash. Coinfloor is another excellent option for UK traders as it’s based in London.  You can view all the available exchanges for BCH on the official Bitcoin Cash website.

Step 3:  Transfer the Bitcoin Cash to Your Wallet

Is it Possible to Trade Bitcoins for Bitcoin Cash?

If you have Bitcoins (BTC), it’s possible to exchange it for Bitcoin Cash (BCH). All you need to do is find an exchange that supports Bitcoin Cash and follow their set guidelines for trading BTC/BCH.

At the time of writing this post, the BTC/BCH official rate from HitBTC was 8.7386.

To sell your Bitcoin Cash on an exchange, you’ll have to decide between the three exchanges that are currently accepting Bitcoin Cash Deposits: Bittrex, ViaBTC, and HitBTC. Most people opt for HitBTC since their registration procedure is quick and easy. Also, HitBTC requires only two confirmations for the deposited Bitcoin Cash to be credited to your account and made available for trading.

Differences Between Bitcoin and Bitcoin Cash 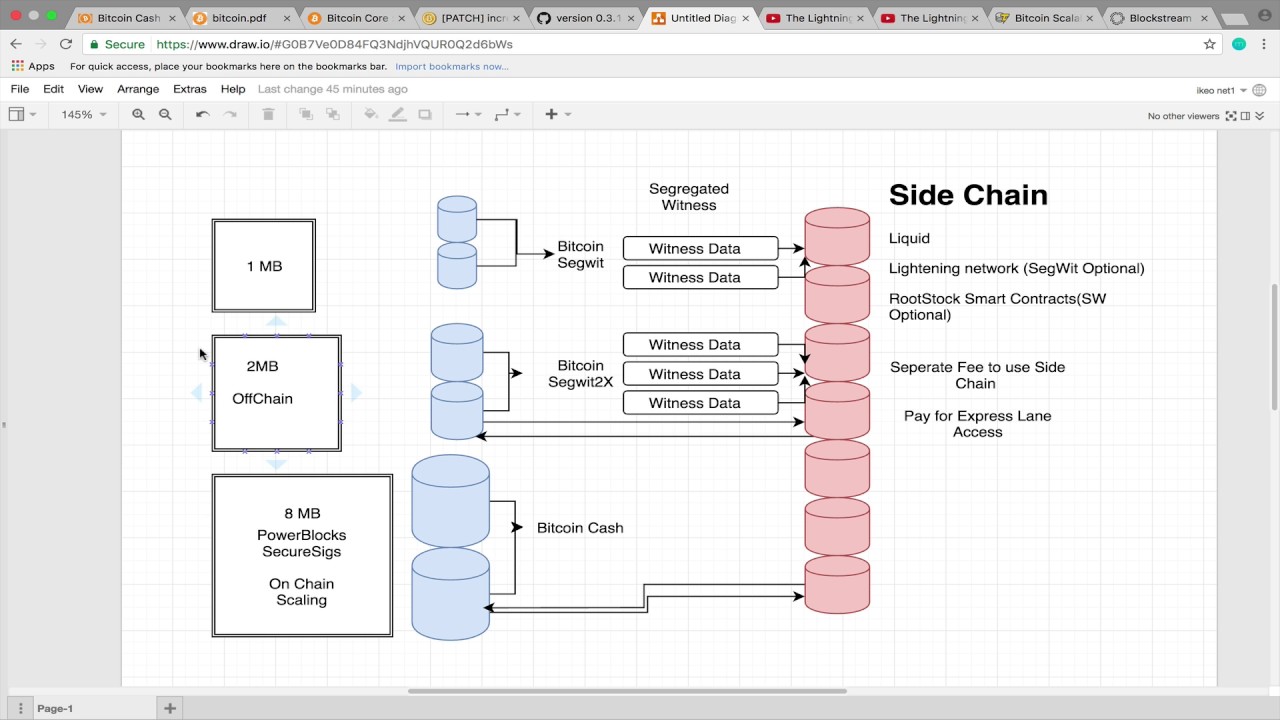 A block refers to a group of verified transactions. At a block size limit of one megabyte, the Bitcoin blockchain is limited to up to seven transactions per second. With Bitcoin, periods of high activity and increased usage often lead to network congestion, causing transactions to take a considerably longer period. This also leads to higher transaction fees.

With the increased block size, the Bitcoin Cash can allow around two-million transactions to be processed per day, compared to Bitcoin that provides for up to 250,000 transactions per day. The other notable difference is that Bitcoin Cash offers replay and wipeout protection.

In general, Bitcoin and Bitcoin Cash do not differ much, aside from the transaction potential. While Bitcoin, for now, enjoys a larger market share, Bitcoin Cash has positioned itself as a cryptocurrency focused on transaction capacity. One advantage that Bitcoin Cash enjoys over the original Bitcoin is that the greater transaction processing power implies lower fees and faster payments.

Kenn is a tech enthusiast by passion, Windows blogger by choice, and a massive coffee imbiber. He likes watching sci-fi movies in his free time and tearing gadgets apart so he can fix them.

What Is Cryptocurrency Arbitrage and How Does It Work?

How to Create a Bitcoin Lightning Node in Linux

Best Crypto Coins to Stake And Where to Stake Them

What Is DeFi And How Does It Work

7 of the Best Cryptocurrency Tracker Apps for Android

How to Buy Cryptocurrencies without Verifying Your Identity

What Is Bitcoin's Lightning Network?

What Are Stablecoins, and Are They Safer than Bitcoin?