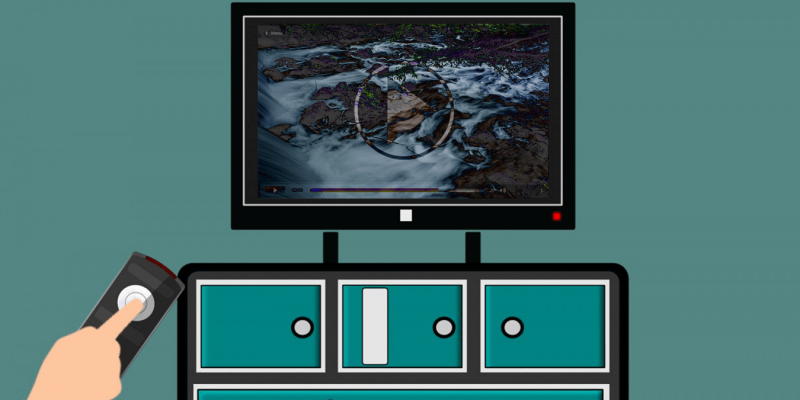 Trying to count online streaming video services is like eating cookies. Two or three are reasonable, five is getting to be too many, and once you hit 100 you realize you probably haven’t been in control for quite a while now. It’s hard to keep track of all the platforms, especially since their content libraries and prices keep changing. Even focusing only on the on-demand movie/TV streaming services, as I do here, there are more choices than you probably realized.

This is the rocket ship that made online viewing mainstream, and it’s still going strong. Netflix’s library isn’t as big as some of its competitors’ (especially as those competitors start their own streaming platforms and pull their shows from Netflix), but its original shows, including Stranger Things and Bojack Horseman, are good enough to keep it relevant, even if it loses a lot of other content.

As with everything, nobody beats Amazon for sheer quantity. The size of their library, though, is a little like getting a billion search hits: only the dedicated or the desperate are really interested in anything past the first couple of pages. That said, those front pages house a lot of high-quality stuff, and they’re also stepping up their own productions, from The Marvelous Maisel to The Expanse.

Comcast is selling its stake in Hulu to Disney, meaning the platform will be joining the growing umbrella of Disney streaming services. What exactly will happen to it is unclear, but they’ve definitely been able to put some quality programming together, with shows like The Handmaid’s Tale and Shrill getting a fair bit of notice.

Related: 5 of the Best Free Movie Apps for Android

Disney+ is the platform to watch here since they control so much content to start with and can afford to put a lot of weight into developing a high-quality service. They also have Hulu and ESPN+, meaning Disney is pretty much starting in the heaviest weight class. Once it launches, it’s set to be pretty much indispensable to anybody who depends on streaming services for their media.

Crackle’s biggest selling point is that it’s free (ad-supported), though it has a halfway-decent selection and is working on originals.

Tubi offers a free service with ads.  The selection is a little on the obscure side, but it’s well-presented and probably fantastic if you like cheeseball movies.

Another free service with ads, Pluto is mostly focused on being a sort of live-TV substitute, but with a growing on-demand library.

IMDb TV works alongside Prime Video but is free and ad-supported. It has a decent library but not much that sets it apart as of right now.

Related: How Much Data Is Your Streaming Service Using?

Just to make the streaming wars even more confusing, a lot of individual studios are getting into the game as well. Yes, Disney does fall into this category, but calling them a studio is like calling King Kong a big gorilla: technically true, but a severe understatement.

HBO Max is coming, and it’ll have new original content and access to a very large library of parent company WarnerMedia’s stuff (like Friends). It’ll be marginally more expensive than HBO Now, which will still just be your standard HBO package. HBO Go will remain bundled with cable providers.

Related: 5 of the Best Free Movie Apps for iPhone

Also known as “the only place to watch Star Trek: Discovery,” CBS All Access is the place to be if you like CBS shows like Big Brother, NCIS, and others.

It hasn’t launched yet, but this is why The Office is leaving Netflix. NBC makes a lot of shows, so this will probably make some waves as they continue pulling their content from other platforms.

Showtime shows like Homeland, Dexter, and Shameless have all done fairly well with audiences, and they’ve decided to capitalize on that by launching a streaming platform. Its sports options are also fairly decent.

With a respectable movie collection and some shows that have achieved cult hit status, you might consider a Starz subscription if you’re really into something like American Gods, Outlander, or Spartacus.

Everyone’s favorite shark-themed channel is now set to launch its own streaming service in collaboration with BBC Content.

Owned by Metro Goldwyn-Mayer, Epix is a relatively unknown streaming platform from a newer premium cable channel. They have a decent library of movies and shows (including the original Pennyworth, based on the life of Batman’s butler, Alfred).

There’s a large category of smaller services that provide highly targeted content, usually at a slightly lower cost than the big generalized platforms. Here are some of the highlights:

If a superhero movie isn’t made by Marvel, who’s it made by? Probably DC, so if you’re a huge fan, you’ll want to jump on the DC Universe train.

Not a fan of color, happy endings, or movies in your native language? The Criterion Channel has you covered, with an impressive library of classic, art-house, and international movies – sorry, films.

If you’re an anime nerd, you already know about Crunchyroll and Funimation. If you’re not, maybe you want sushi now.

British TV has some pretty good moments, but they don’t always make it across the big blue briny, so if you need a teatime accompaniment, BritBox and Acorn TV have you covered.

Where do we come from? What are we? Where are we going?

Paul Gaugin’s immortal question, when applied to streaming services, actually has an answer. We came from cable with dreams of cord-cutting, but now our content libraries are rapidly being splintered between platforms. Seriously, the platforms listed above are only the bigger names. There are more, and more are coming. These may ultimately absorb each other (Disney-style) to create a more cohesive, user-friendly experience that isn’t exactly what we were hoping for, but that we may grudgingly prefer.