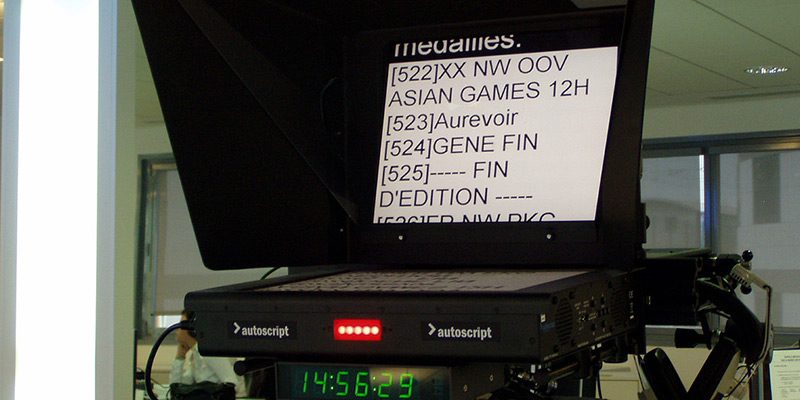 A teleprompter makes it easy to read the script while recording videos or giving speeches and presentations. However, a professional teleprompter costs you an arm and a leg. Thankfully, you can use your Android smartphone as a teleprompter. Just install any one of the following teleprompter apps, and you’ll have a near professional-grade teleprompter in your hands with little to no cost. 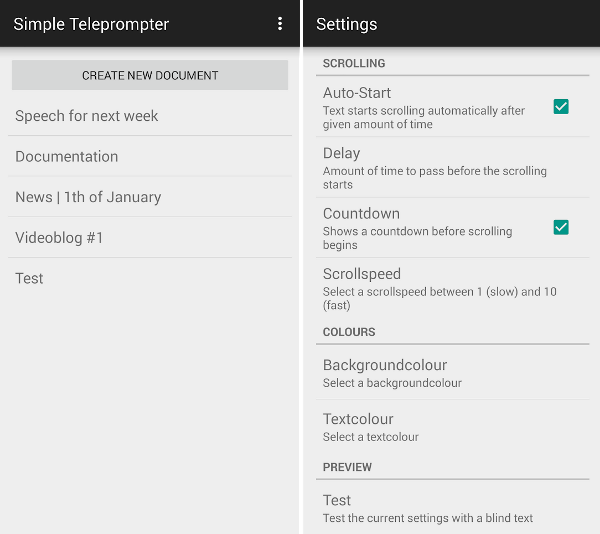 Simple Teleprompter is an aptly-named free app that is simple, minimal and straightforward, with all the basic features you’ll ever need. On the main screen you type in or import the text, and tap on the start button to scroll the text. When needed, you can set a countdown for the teleprompter and customize other things like scroll speed, background color, text color, etc. 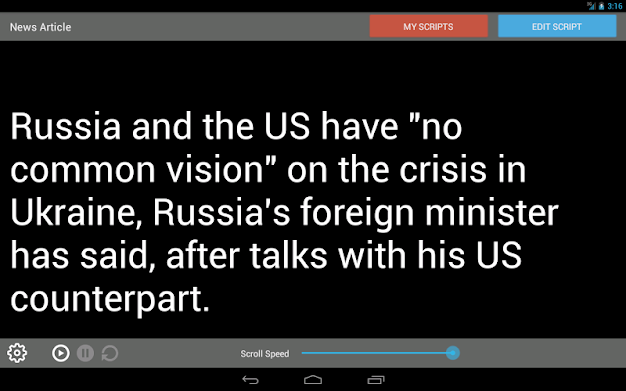 Teleprompter Pro is a fully customizable application that allows you to import any number of text files and scripts. Once imported, you can configure the application to initiate the countdown and auto-scroll the text with the speed of your choice. The application also comes with a mirror mode, which is very useful to use in a teleprompter. The app costs you $6.49. 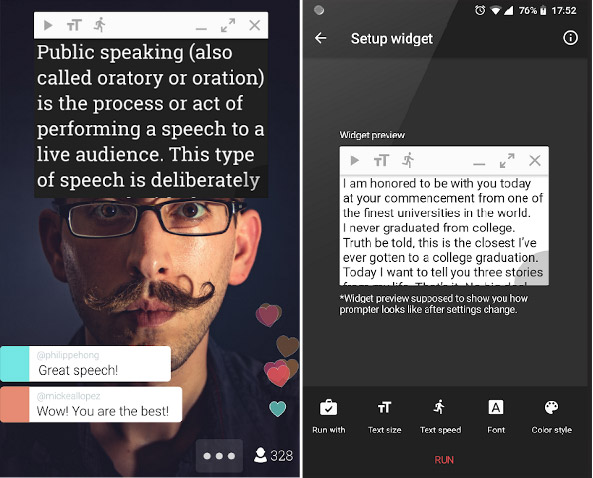 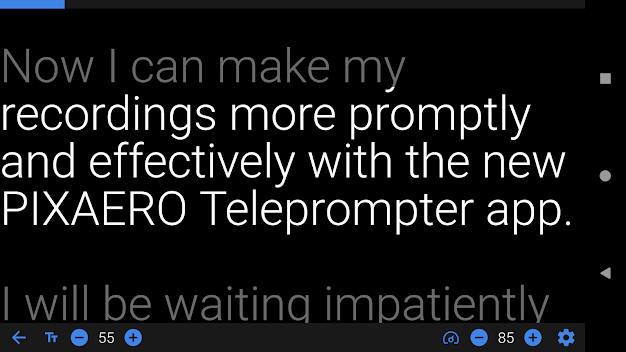 Pixaero Teleprompter supports any Bluetooth device and allows you to control the scrolling text via that device. This is particularly useful to quickly go forward or backward as and when needed without having to reach out for your smartphone. Additionally, the app also has Cloud Sync so that you can sync your scripts and text files between devices.

Related: 4 of the Best Android Apps for Recording Podcasts on the Go 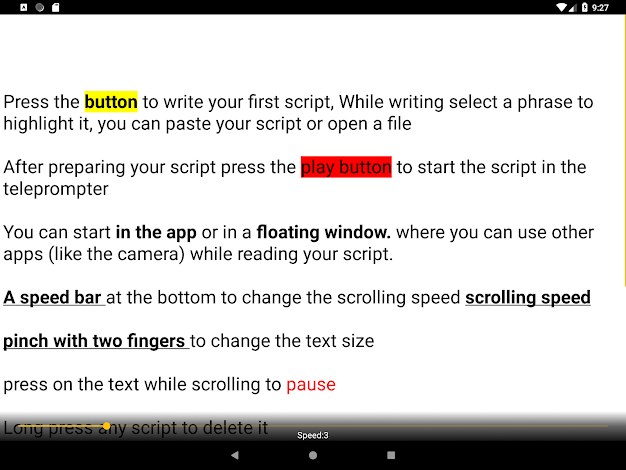 Nano Teleprompter is very similar to Oratory in that it displays a floating widget with scrolling text on top of any camera app. One of the interesting features of Nano Teleprompter is that rather than importing text files and scripts, you can open them directly with the app. Nano Teleprompter also supports gesture controls so that you can easily change the text size, widget size, and widget placement. 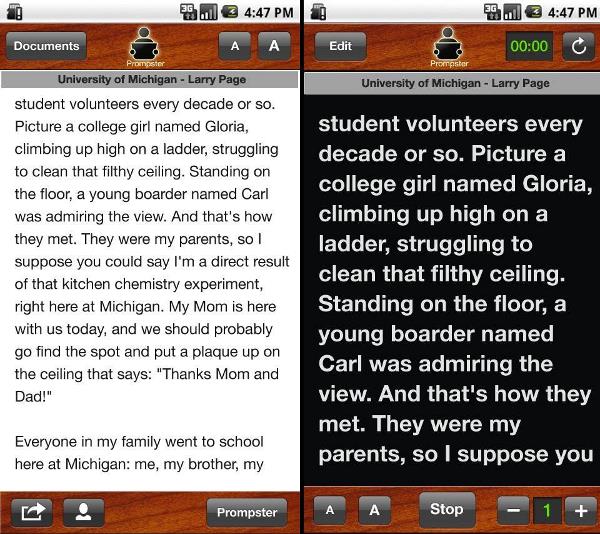 Prompster is a professional teleprompter app with variable text-scrolling controls. Though the user interface looks a bit dated, the app is pretty lightweight and works as it should. Of course, like the other apps in this list, you can either create text files and scripts within the app or import them as and when needed. The app also has a built-in tutorial to get you started quickly. 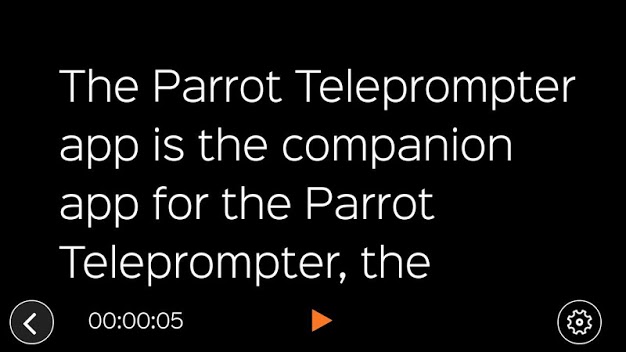 Parrot Teleprompter can connect to your Dropbox account and download the text files and scripts from there. Along with the basic features you’d expect from a teleprompter, the app has  a built-in mirror mode and even supports remote control functionality so that you can control the scroll speed and other activities without touching your smartphone. 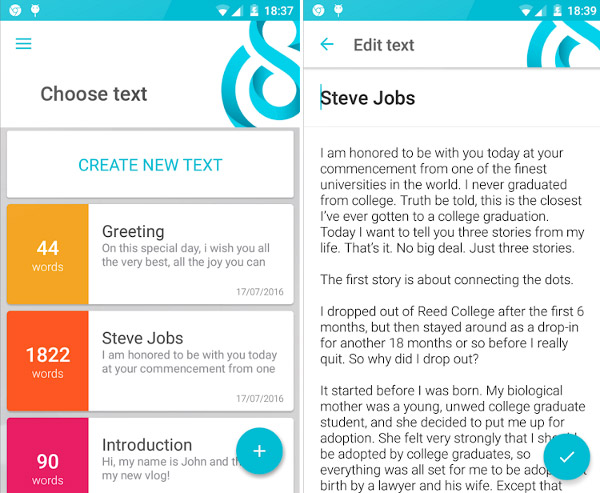 Selvi is a basic camera app with a built-in teleprompter. You can import the script to Selvi, and it will appear as a transparent widget so that you can record video while reading the script. The teleprompter widget is fully customizable with variable scrolling and text customization.

Comment below to share your thoughts and experiences regarding the use of the above teleprompter apps for Android.