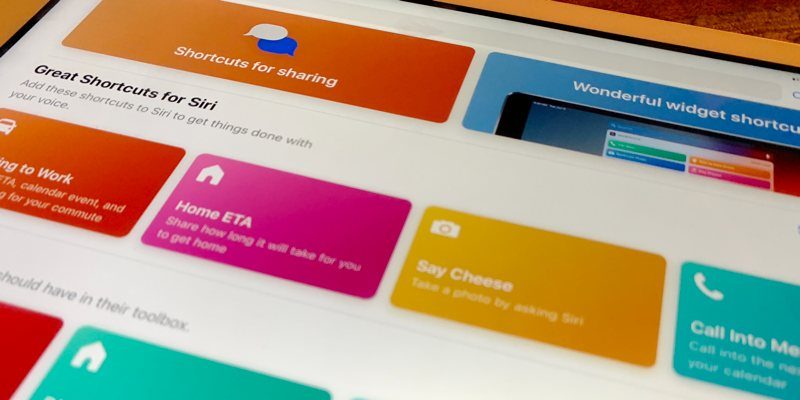 It’s now possible to do more than ever on the iPhone and iPad. Some people are even eschewing laptops entirely, opting to go iPad-only for the vast majority of their work. Whether that sounds like you or not, Apple introduced a tool with iOS 12 that can make your life a lot easier.

Siri Shortcuts, once known as Workflow, is almost like an iOS version of the Automator Mac app. With Shortcuts you can link together small actions to produce powerful results. Whether you already use Shortcuts or have just installed the app for the first time, here are some Shortcuts you should definitely try.

This one’s for the gamers who may not be aware that there are people out there writing Siri shortcuts that can offer crucial information about events in online games. For example, one person wrote a Siri shortcut that tells Destiny 2 players where the mysterious merchant of rare in-game items, Xur, hangs out each week.

All you have to do is say:

Siri, where’s the Agent of the Nine?

After that, Siri will report back to you on the merchant’s whereabouts. This is a nice demonstration of Siri’s potential as a videogame assistant, and if you’ve found or made similar game-related shortcuts, we’d love to hear about them in the comments! 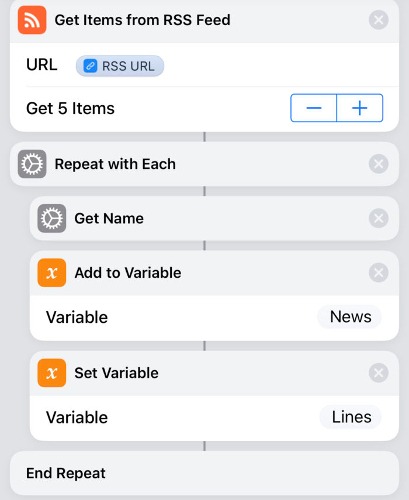 Did you know that you can use Shortcuts to create a dedicated RSS feed? Simply use the RSS Reader shortcut in the Shortcuts app, then add whatever news sources you follow from all over the web.

You can tweak the RSS reader to take up as much or as little screen space as you like, even having it unravel down your entire screen to show you the latest articles from the sites in your feed (you can control how many articles are listed).

It’s pretty full-featured, complete with filters to sift through that leave exactly what you want to read.

3. Remind Me at Work

One of Apple’s ready-made shortcuts, Remind Me at Work, gets you to enter your work address when you first set it up. After that, any reminder you set that corresponds with the address you entered into this shortcut will automatically trigger as soon as you arrive at that location. Whether it’s a trigger you want when you arrive at home or indeed at work, sometimes a location-dependent poke is just what you need.

The name may be a little ominous, but in truth there are a lot of situations where you may urgently want to record a video of a situation you find yourself in and send it immediately to a pre-programmed contact. With Police, telling Siri “I’m getting pulled over” switches on the front camera, starts recording a video, then sends that video to a contact of your choice. You can change the actual command, of course, but there’s something to be said for a shortcut that can quickly capture events in a situation where you feel that evidence will be required.

As its name implies, Keep Me Alive takes power saving to an extreme level. While iOS has its own built-in low power mode, Keep Me Alive turns off everything it can to help keep your phone keep running until you can get somewhere to charge it. This Shortcut turns off Wi-Fi, cellular data, Bluetooth, music, and anything else it can.

Another handy utility-style Shortcut, Water Eject plays a certain tone to get water out of your speaker. The iPhone has been water-resistant for a few generations now, but getting it wet can make the sound a little weird. This shortcut gets rid of the water using the same tech as the Apple Watch.

7. Do Not Disturb with Timers

Does someone need to connect to your Wi-Fi, but you aren’t comfortable just sharing your password? That’s where the Share Wi-Fi Shortcut comes in handy. The Shortcut creates a QR code that the other person can scan with their phone in order to connect without ever having to know what your password is. This Shortcut is also handy if you just have a really difficult-to-type password. 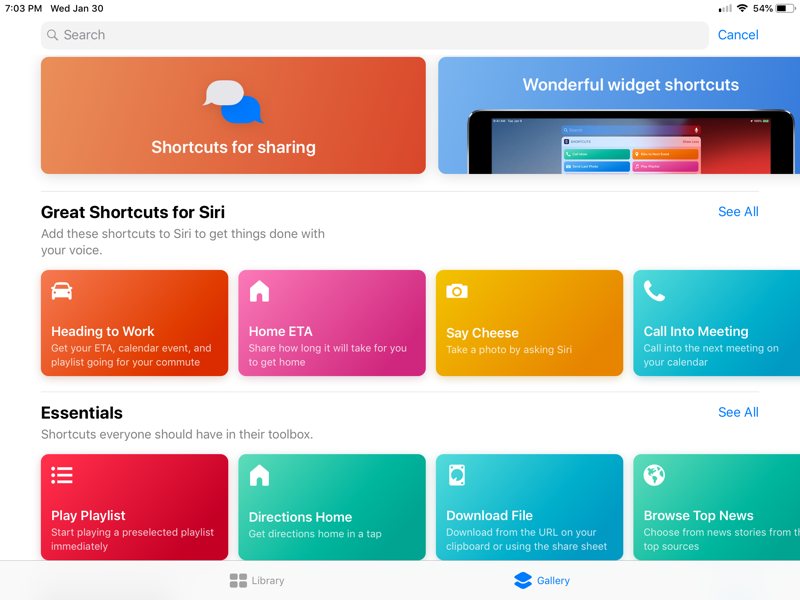 If you like to read at night but find the bright white background of most websites causes eye strain, you’re not alone. The Safari Dark Mode Shortcut makes sure anything you’re reading on the web has a dark background with white text. Not only is this good for your eye strain, but it can help battery life on modern OLED displays.

11. Back Up Your Shortcuts

A meta Shortcut if there ever was one, Backup Your Shortcuts does exactly what it says. The Shortcut backs up your Shortcuts in iCloud Drive. If you rely heavily on a few key Shortcuts, the piece of mind of having them backed up is worth having this one installed.

Don’t Forget to Create Your Own 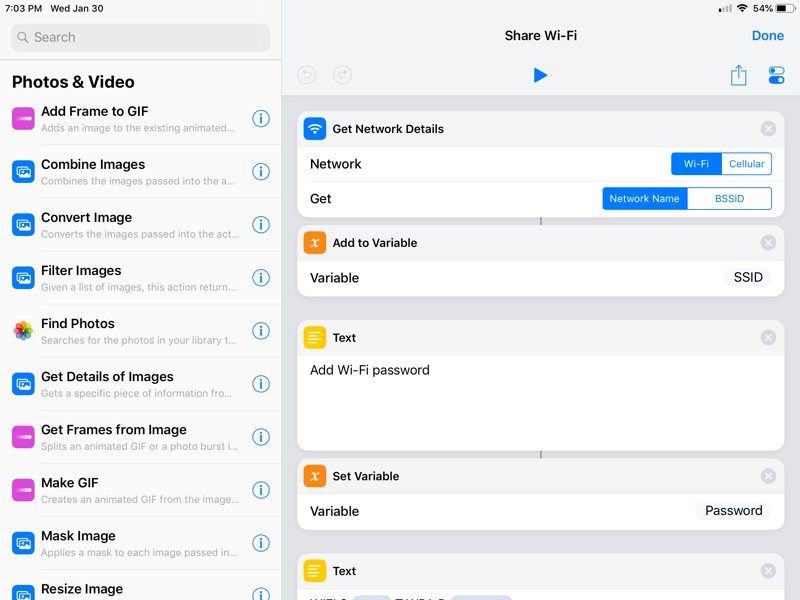 While pre-made Shortcuts are great, they’ll only take you so far. You’ll get the best results if you try your hand at making your own. It may sound daunting at first, but you’ll quickly get the hang of things.

This article was updated in November 2019.

How to Get WhatsApp on Your iPad without Jailbreaking