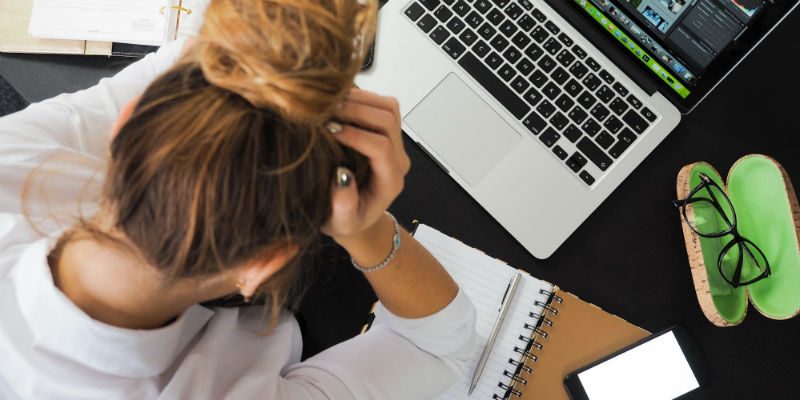 Whether you need to study for the big exam or hammer out that TPS report, we could all use a little help when getting down to business. Unfortunately, some of the most effective tools for getting the job done are also some of our biggest distractions. Technology like our phones and computers can be portals to procrastination, no matter what age you are. Luckily, we can use that same technology in order to curb our basic instincts. There are a number of mobile apps available to help you get off social media and back to business.

Do you find yourself settling in to do some work only to end up watching cat videos or trawling through a social media feed? If so, you might say that you were lacking a bit of self control. Luckily, there’s an app for that. Appropriately named, Self Control is an inexpensive app for iOS that allows users to block pretty much anything on the Internet. Users can identify specific websites, services, even mail servers to blacklist, preventing access for a predetermined period of time. 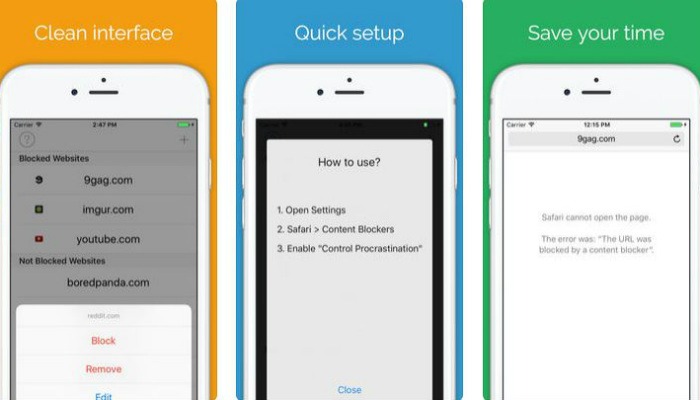 Using SelfControl is super simple. Users add websites to their blacklist and set a duration of time. SelfControl will block access to those websites until the timer runs out. Only then will the app reinstate access to those sites, ensuring you stay focused on the task at hand. Unfortunately, Self Control is only available for iOS. That being said, Freedom is an app that is available for both iOS and Android that offers similar website-filtering features.

If blocking websites entirely seems like a bridge too far, but you still want to keep your wandering eyes in check, try Forest: Stay Focused (Android, iOS). This app takes a somewhat novel approach to keeping you on task, by guilt-tripping you in to it. Forest: Stay Focused is kind of like a Tomagotchi for getting things done. For those of you who are scratching your heads wondering what the heck a Tamagotchi is, basically they were little virtual pets that you had to take of, otherwise they would die. 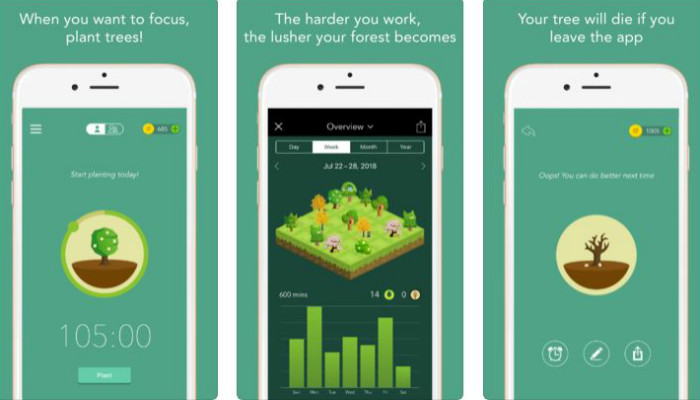 Forest: Stay Focused operates on a similar premise. The app starts users off with a tiny tree sapling that grows the longer you stay away from your phone. Sneak a peek at Facebook or scroll through your Instagram feed will cause your tree to wither away. Users can whitelist sites to prevent their trees from dying when they legitimately need to use their phone. The best part is that the app is partnered with the organization Trees for the future to plant real trees based on user interaction. Forest helps you curb your phone addiction and is good for the environment!

Francesco Cirillo was a college student in the 1980s who found himself wasting a lot of time when he sat down to study. Feeling unproductive despite studying for hours on end, Cirillo grabbed a small kitchen timer fashioned after a tomato. He set the timer for ten minutes, forcing himself to stay focused for the full ten minutes. Slowly but surely he trained himself to be productive in ten minute intervals, after which he would reward himself with a short break. He named his study method “pomodoro”, the Italian word for tomato. Since then, the pomodoro method has been adapted and used by dozens of apps and websites. 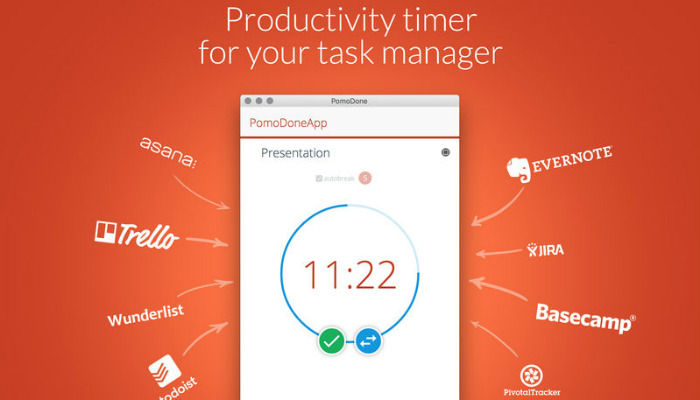 The Pomodone App (Android, iOS) is an easy-to-configure productivity app that takes its cues from the pomodoro technique. Users compile a to-do list and use the built-in timer to complete their tasks. In addition to the timer, Pomodone features integration with a variety of other services, including Wunderlist, Evernote, Todoist, and more. This allows users to import tasks and to-do lists straight in to the Pomodone app, allowing users to stay on top of their work, study and life in general.

Remember flash cards? Those little 3×5 inch ruled cards that you used to quiz yourself with? Imagine being able to take those flash cards anywhere. StudyBlue (Android, iOS) has created an app that allows users to maximize their study time by giving them the ability to study so long as they have their phone. The StudyBlue app lets users make their flashcards. In addition to creating your own flashcards, users can search flashcard sets made by other users. With over 10 million users worldwide and over 500+ million flashcards, it’s safe to say that most users will be able to find pre-made study materials with ease. 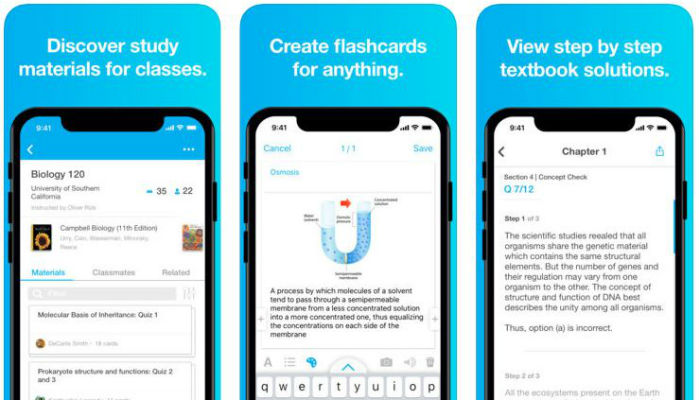 In addition to digital flash cards, StudyBlue also allows users to upload their notes to cloud storage and provides access to online quizzes. Furthermore, StudyBlue can be used in conjunction with fellow students and teachers to create online study groups.

Which apps do you use to help you focus? Do you have any suggestions for staying on task in today’s digital world? Let us know in the comments!