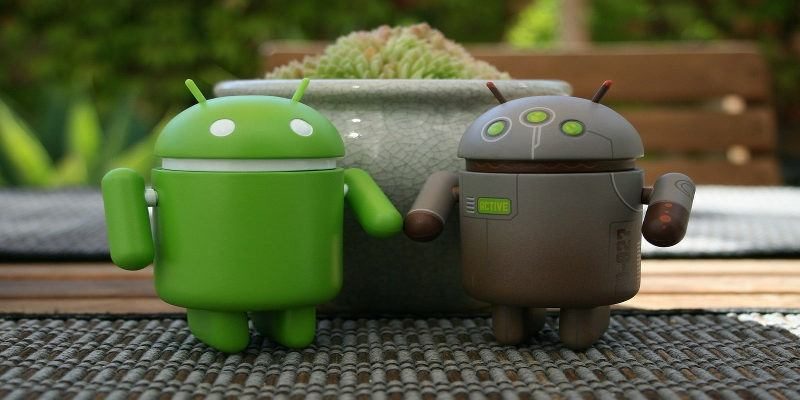 The Play Store is a perfectly good place. Well, actually it’s the biggest app store on the planet – possibly the universe – so we can be forgiven for settling into it and not bothering to see what’s outside the Google ecosystem. But, would you believe it, there are plenty of alternatives out there, containing their own cornucopias of apps – some of them are things you won’t find on the Play Store, while others are things you will find on the Play Store but at a lower price.

So broaden your horizons and take a peek at our lineup of Play Store alternatives.

Related: How to Install Apps on Android without Google Play Store 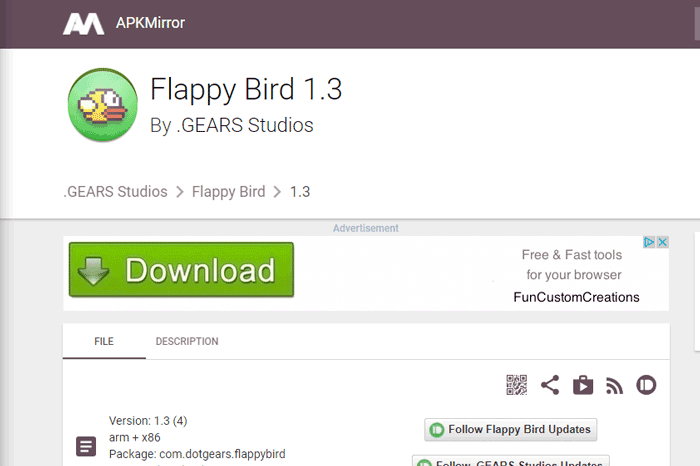 A website rather than an app, APK Mirror is the biggest legitimate repository of apps you’ll find on the Internet. All the apps you find in the Play Store you’ll find here also, with the added bonus that you can install older versions of the same apps. So if you have problems with the latest version of an app, or simply want to play around with a retro version of YouTube for Android, you can! You’ll also find apps here that might not be available in your region yet, beta versions of various apps, and even the legendary Flappy Bird. 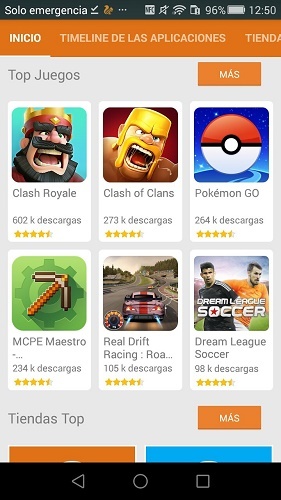 If you want to find shameless but surprisingly decent ripoffs of some of the biggest games out there – such as “Euro Truck Simulator 2017” and “Call of Duty Infinite Warfare” (how did they get away with that one?), then check out Aptoide – a vast app store available for most Android devices, and even VR headsets.

Aptoide is actually open source, and the equally good app store F-Droid (also listed) is actually a fork of it. There are currently around 900,000 apps available on Aptoide, many of which you won’t find on the Play Store – such as Firetube, which lets you listen to YouTube music without your screen on. Check it out. It’s worth it.

If the number of available apps is your main concern when looking for a Google Play Store alternative, Amazon Underground App for Android should be your first stop. The selection of apps here is huge, and this includes both free and paid ones. Even better, there are various deals that offer paid apps for free. 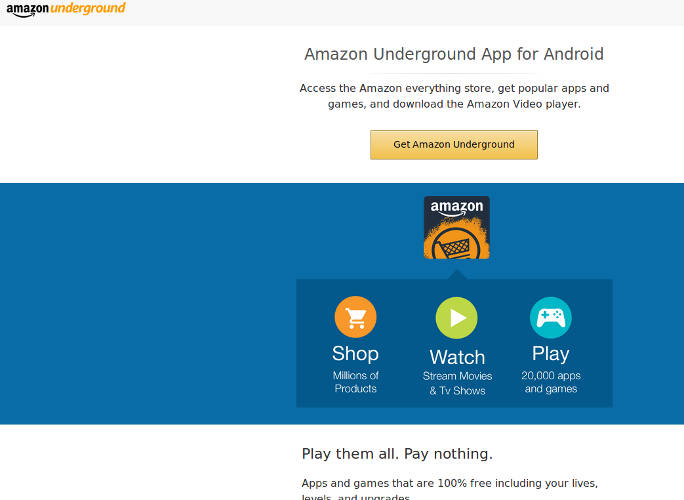 What makes Amazon Underground App for Android really different is the huge selection of books, songs, and movies. Depending on the genre you are interested in, there might be more titles here than on Google Play Store, and frequently they are cheaper, too. 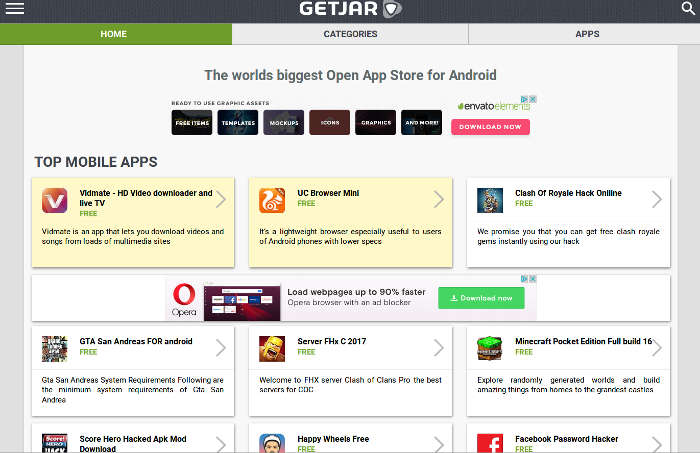 GetJar is a very old site for mobile downloads. It existed way before the Android era. It is not an Android-only shop, having stuff for other platforms too, but I included it on the list because its Android section really rocks, and it’s a better alternative than many other Android-only stores. The selection of titles is huge, though not all of them are very up to date.

F-Droid is special among the Google Play Store alternatives because it is for free and open-source apps only. The apps are free because the site is funded by donations. If you find an app you like there, consider making a small donation, as this helps keep the site running. 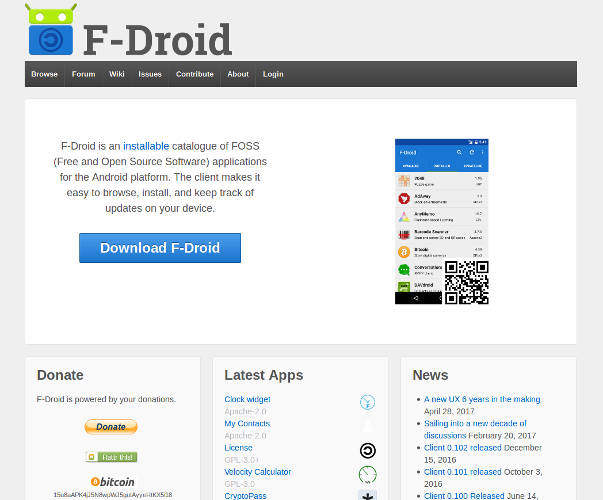 Compared to other Android app stores, the choice isn’t impressive, and some of the apps are not working under the latest Android versions. F-Droid is especially popular among Android developers because they can easily get code there and develop it further. 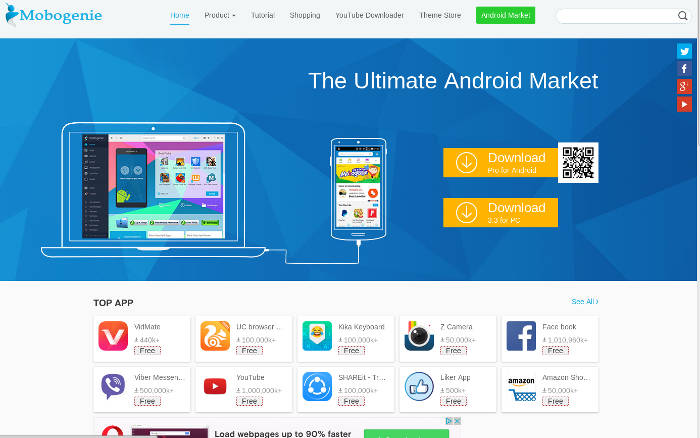 Mobogenie is one more Google Play Store alternative with lots of software to choose from. You can download the app either for Android or for PC (if you prefer to get the apps on your PC first and then transfer them to your Android device rather than download them straight to your phone/tablet). Basically, on Mobogenie you can find the same stuff as on Google Play Store, but the site claims they have an improved system for selection and recommendation that makes it easier to find the app(s) you are looking for.

Blackmart Alpha is for those of you who are privacy-conscious. With Blackmart Alpha there is no need to have a Google account or to register in order to download the apps you need. They offer free apps only. They also claim they offer the latest publicly-available versions of apps. 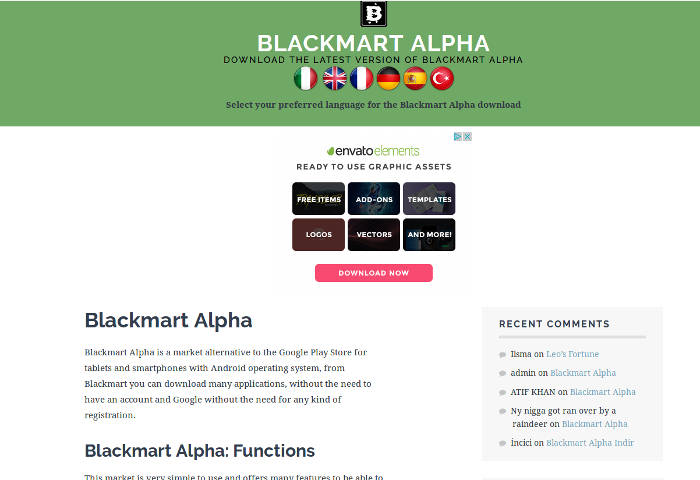 Another distinctive feature of Blackmart Alpha is that you can download the app to your phone/tablet even if the device isn’t on the list of supported models. This is a huge difference for the owners of all less-popular models and devices that are not officially supported by an app developer but that run the app without any problems.

Getapk is a neatly-organized place with lots of software arranged in categories. There is also a “Top 100” section as well as a section that lists new additions. It has lots of software, but be careful what you download because I found some cracked apps there, so don’t assume that if an app doesn’t require payment it’s legally free.

In the past I’ve managed to find titles (not of the cracked variety!) that were not available elsewhere, so the choices aren’t bad. The popups, though, are really irritating. I know the site needs to support itself, but these popups are really pesky. 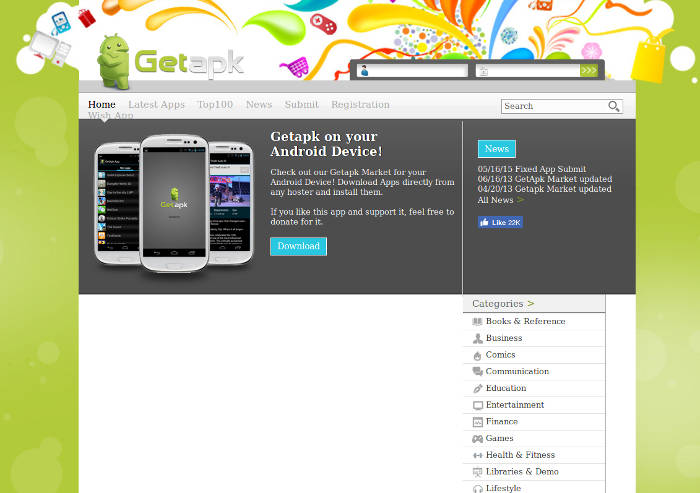 It’s hard to say any of these Google Play Store alternatives is better than the original itself, but it’s good to have choices. Depending on what kind of apps you are looking for – free, paid, latest editions, etc. – some of the stores on the list might not be an alternative at all or come anywhere close to Google Play Store itself, but in any case they are at least worth trying.