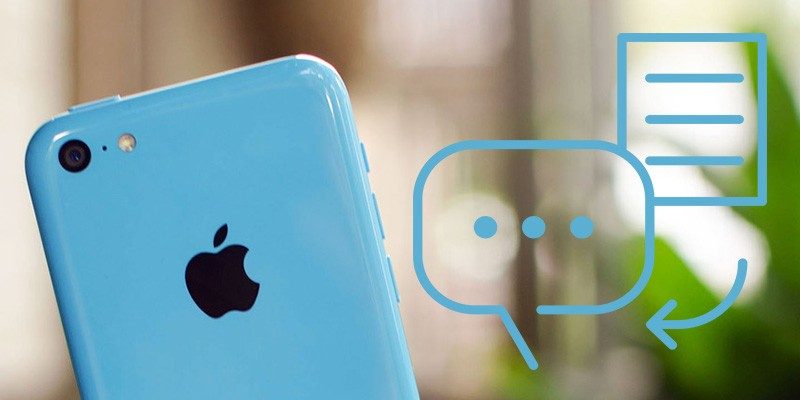 Many have adopted audio books over recent years, and while many books have been read out loud by voice actors and are available on online libraries, not all books have been. There are plenty of apps for iOS that allow for ebook, document, or direct text import; however, there are only a few that offer easy-listening voices, extended language support, and a modern user interface. Plus, some text to speech apps even offer some accessibility options. This list will go over the best of the free apps available for download. 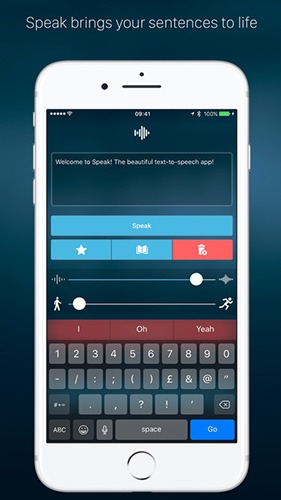 Speak is updated to look and feel like iOS 10 apps should; however, the voice options aren’t up to par with the more genuine-sounding current generation versions of Siri. The voice options sound more like that of the iPhone 4S Siri out of the box running iOS 5. Nonetheless, if you can get over the robotic voice, it is a great app for playing back transcripts. Though I must say, a major con is that when the display locks, the app stops playing back voice. Therefore, you must keep your device unlocked while using the app which can burn some serious battery.

Also, the app only supports text. No ebooks, PDFs, docs, or other forms of documents are accepted. That being said, I’ve seen results by copying and pasting text from PDFs. A wide array of options for voice, pitch, and rate do exist, and the best part is they’re all unlocked with the free download so there aren’t any in-app purchases. 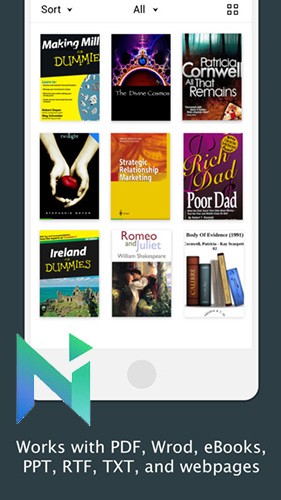 Natural Reader promises on delivering audio back in a natural-sounding voice which it seems to have down. Unlike some other options on the list, it supports many document formats, so it’s as simple as importing and listening. Then again, you can only listen for three minutes for free, which is usually enough for the average user listening to a short trasncript.

A few users do complain of a flatkey user experience and various bugs when operating the app. In my experience these bugs are forgivable and don’t majorly impact the use of the app. As always, bugs can be worked out, and overall Natural Reader is a solidly built app. 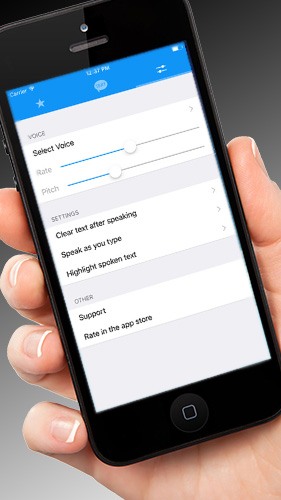 Perhaps the most simplistic on the list, Text to Speech does just that and does it well. You can choose from thirty-six different voices, and an Internet connection is not required for use – something we see rarely with these types of applications.

For users looking for an app that speaks as you type, Voice Synthesizer tailors that feature, which can be found in Settings. All in all, Text to Speech is a great app for casual use or accessibility scenarios. 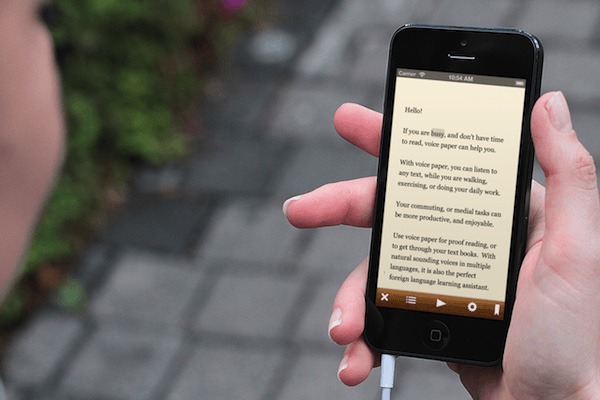 Look out for this one, Evernote users! Support for Evernote, one of the AppStore’s “essentials,” places Voicepaper on this list of text to speech apps. Along with Evernote, Dropbox and text pasting is also supported. With nods to Apple’s iBooks design and user interface, Voicepaper isn’t an app to be passed up.

And if you’re looking for an app to read ebooks, Voicepaper has many classics pre-installed. Choose a voice and go. It is that simple.

Whether you’re trying to get a paper read before turning it in or settling down for the evening with a good book, there’s a wide array of great and free text to speech apps available on iOS. The apps mentioned here leverage simplicity in design and offer many voice options. Give some a try and find one that works best for you.