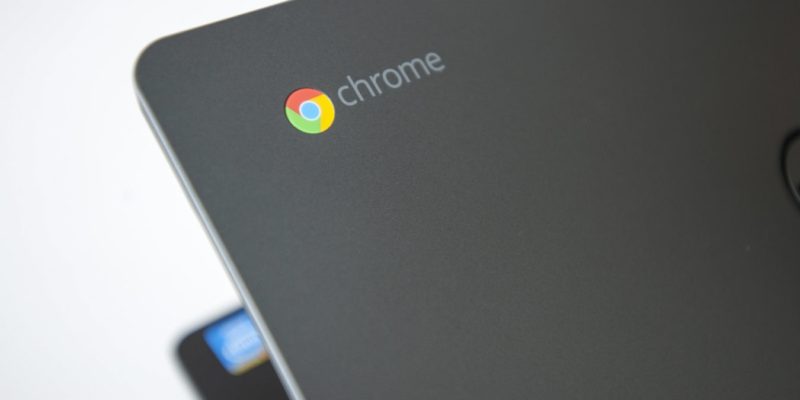 The first Chromebooks hit the public in 2011. Since then, various manufacturers have released devices running Chrome OS. Despite being on the market for close to a decade, they are still somewhat misunderstood devices. Many people who initially wrote them off as glorified netbooks are now starting to pay attention to them, as they have the backing of trusted brands and sport very attractive price tags. Furthermore, the adoption of Chromebooks in schools around the U.S. has made them very popular with young people.

What are our top picks for the best Chromebooks of 2019? Read on to find out.

Related: What Is a Chromebook, and How Does It Differ from a Laptop?

No matter the manufacturer, Chromebooks often employ smaller screens. The reasoning behind this is two-fold. First, laptops with smaller screens are simply easier to carry around. Secondly, bigger screens draw more power, impacting the overall battery life. That being said, if you’re in the market for a bigger screen, your options are fairly limited. However, the Asus C523NA-DH02 might fit the bill. 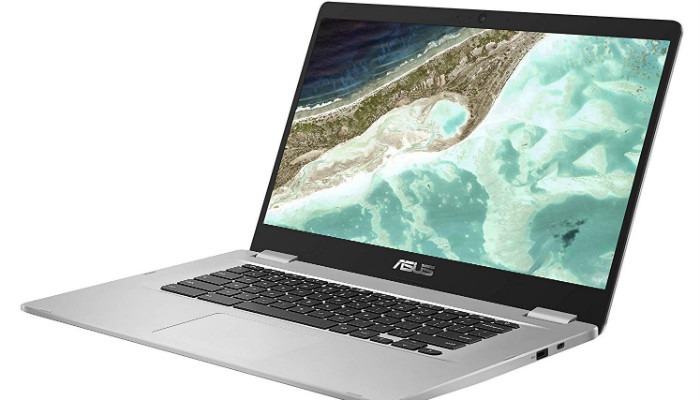 Featuring a 15.6″ anti-glare screen, the 1366 x 768 HD display boasts seriously-thin bezels. This makes the overall footprint of the device smaller while still retaining a larger screen. The C523NA is powered by an Intel Dual-Core Celeron N3350 processor and 4GB of DDR4 RAM, making it more than capable of handling most everyday tasks. Furthermore, the Asus C523NA is very affordable, coming in at well under $300.

If you’re looking for a laptop that can double as a tablet, is portable and looks sleek, you won’t want to miss out on the Asus Chromebook C434. Packed with a 14-inch touchscreen fit in a 13-inch laptop body, this is one of the few Chromebooks that has a big screen and is still lightweight enough to bring it around. With a full HD 1920×1080 resolution and ultra-narrow bezels, the screen is also a joy to look at.

The Asus Chromebook C434 has a flexible 360-degree hinge, which allows it to be folded back against the underside of the laptop. This gives the user the option of using the Flip C434 as a standard laptop or a tablet, thanks to the touchscreen. 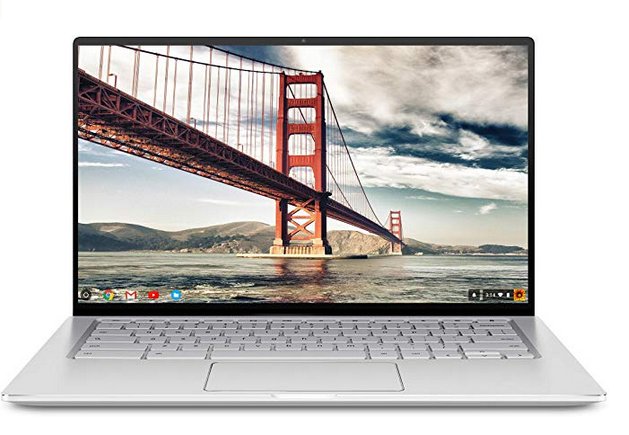 Under the hood the Flip C434 has an Intel Core m3-8100y processor, which has the power to run a ton of tabs and lots of apps. Additionally, with 4GB of RAM and 64GB of flash storage, you can be sure it can tackle most tasks. Furthermore, it is compatible with the Google Play store, meaning users can download and use Android apps on the Flip C434.

If you have a child who is a bit rough with their things, you may want to consider the Dell Chromebook 11 3180. It is designed with a sealed, spill-resistant keyboard with rubberized edges and drop protection. Furthermore, the 11.6-inch screen is made of Corning Gorilla Glass, making it resistant to scratches. This makes the Dell 3180 capable of surviving virtually everything your child can throw at it. 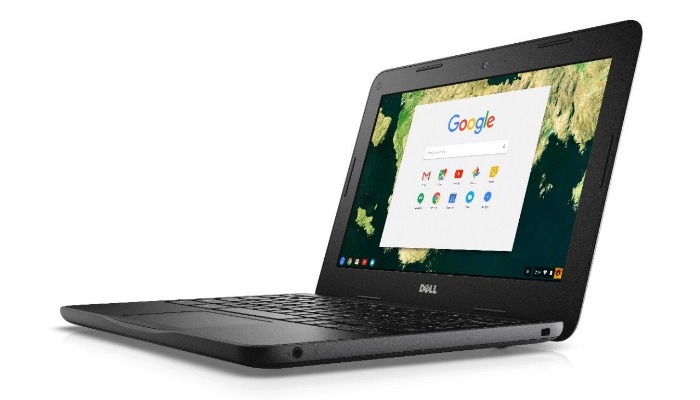 As a Chromebook, the Dell 3180 runs Chrome OS. If your child has not had any prior experience with Windows or macOS, a Chromebook is a great option. Chrome OS is an intuitive operating system that allows children with little experience to jump right in. Furthermore, the Dell 3180 runs on an Intel Celeron N4000, an energy-efficient chip that boasts a 10-hour battery life. This makes it an excellent choice for younger school-aged kids.

The Acer Spin 13 is one of the pricier Chromebooks on this list; however, it packs a lot of functionality in a beautiful, well-built package. Like the Asus Flip, the display of the Spin 13 can move 360 degrees, making it a convertible laptop/tablet. In addition, the Spin 13 display is 13.5 inches and boasts a high-definition resolution of 2256 x 1504. Furthermore, the screen features 10-point simultaneous touch and Corning Gorilla Glass to protect against scratches and scuffs. 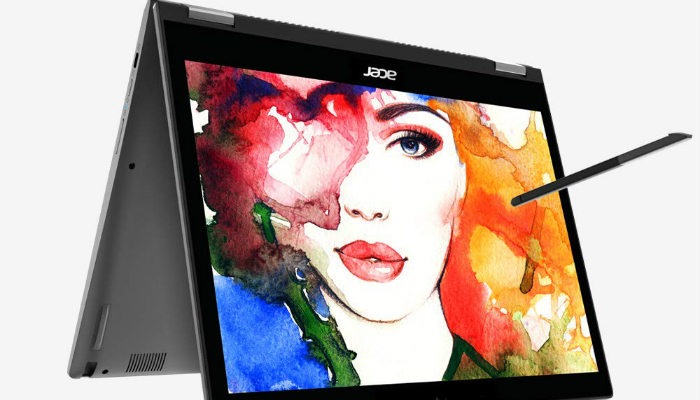 The Spin 13 is one of the more powerful Chromebooks available, with an 8th-generation Intel i5 processor and 8GB of RAM. In addition, the Spin 13 also packs 128GB of on-board storage for local files like music and movies. Finally, the Spin 13 is housed in a vary sleek and attractive aluminum body, with a backlit keyboard.

5. Best for When Money Is No Object: Google Pixelbook Go

One of the biggest draws of Chromebooks are their price. Generally speaking, Chromebooks can be had for significantly less than a higher-end Windows PCs or Apple MacBooks. However, the Pixelbook range from Google bucks the trend of cheap, budget Chromebooks. Entries in the Pixelbook range have commanded steep price tags in the $1,000+ range. They were great devices, but they went ignored by most consumers save for Google enthusiasts. The Pixelbook Go aims to make Google’s Chromebooks more affordable, and therefore more attractive, to potential consumers. 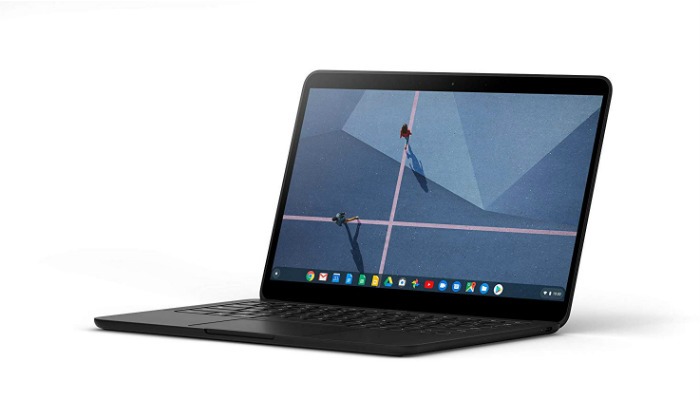 The Pixelbook Go comes in three varieties. The base model has an Intel Core m3 under the hood and can be had for about $650. The Core i5 model comes in at $850, and the top of the line Core i7 model with a 4K display will run you $1,399. Granted, this is still significantly more expensive than the majority of Chromebooks on the market; however, the Pixelbook Go boasts incredible battery life at more than 15 hours and one of the best keyboards on any laptop.

There are a lot of great Chromebooks out there. Unfortunately, we couldn’t feature all of them. What is your favorite Chromebook of 2019? Let us know in the comments!

How to Use Virtual Desk in Chrome OS