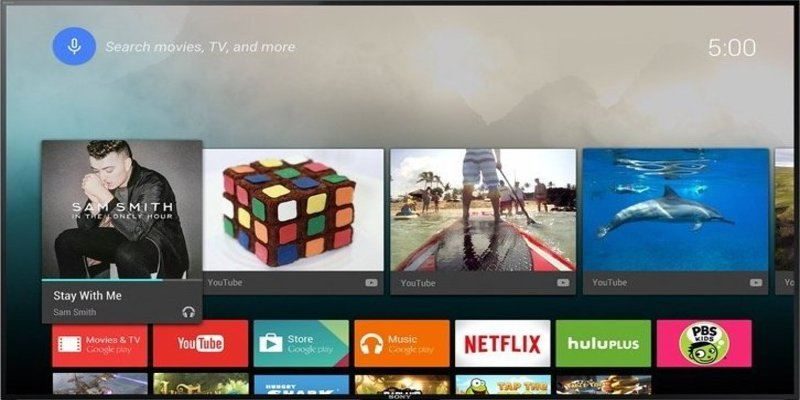 Android TV has been slowly but steadily maturing as a platform since it was first introduced in 2014. While the battle for supremacy between Samsung’s Tizen, LG’s WebOS and Sony’s Android TV platform gets hotter by the day, the Android TV platform still has a commanding voice owing to its integration with the latest Google technologies and a myriad of applications.

With ES File Explorer disappearing from the Play Store earlier this year due to dodgy associations with Chinese spyware, the title of “best file manager software for Android TV” was vacated. So up stepped X-plore File Manager to steal the show. 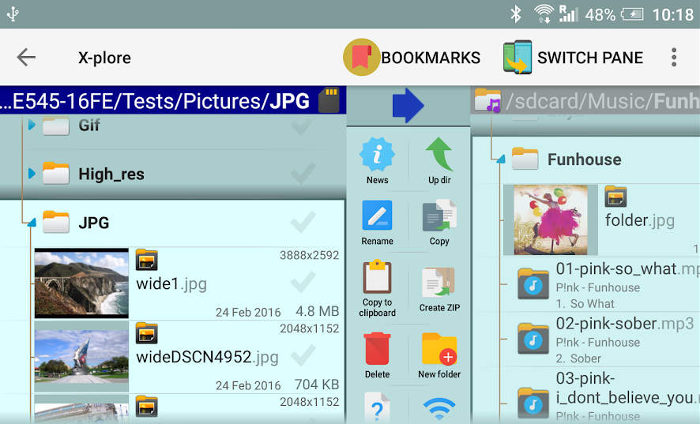 This file manager lets you explore all the files and folders on your Android TV in a granular manner like you might find on a desktop OS like Windows or macOS. Delete, move and copy files as you please, sync your files across cloud storage services like Google Drive and Dropbox, and share files over Wi-Fi. It’s a no-nonsense app for those who want to dig deeper into their Android TV.

Internet browsing has always been a weakpoint of Smart TVs, with TV remotes and on-screen keypads never coming close to the smoothness of doing it on a computer. Puffin TV browser goes a long way in addressing that, doing away with the traditional PC-optimized browser interface with an address bar and all those other dull bits in favour of a bold tile-based interface that feels just right on the TV. 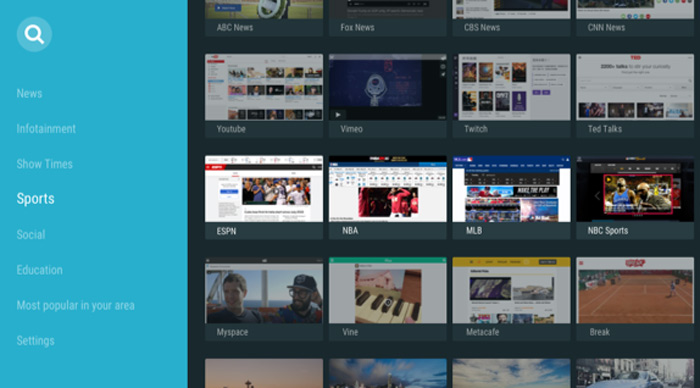 It syncs up with your phone, lets you create bookmarks using QR codes, and renders websites unthinkably fast. It’s to Puffin’s credit that it really doesn’t feel like a web browser, but more like a media center based around surfing the internet. It gives us a little glimpse of the future of TV-based web browsing.

The mega media platform that doesn’t need much introduction, Kodi is one of the best means of streaming from various home devices on your home network – from WiFi media centers to PCs. But for a lot of people, the real selling point here is the endless wealth of add-ons that give you access to streaming services from all over the world. Some of these are legit sites like Fox Sports and BBC iPlayer. 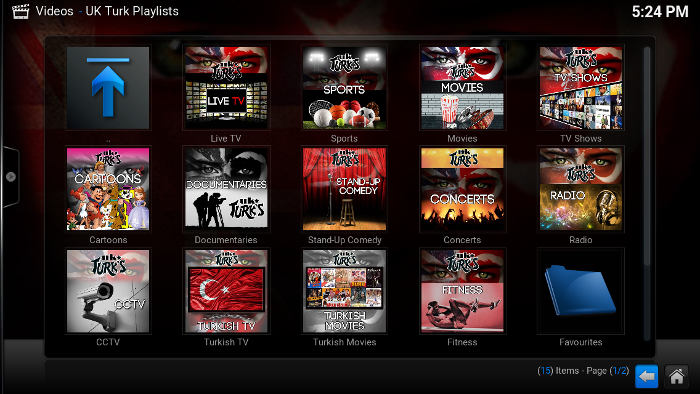 Other add-ons for Kodi are a little more, ahem, underhand, offering streams set up by Kodi users all over the world that let you watch international TV, cable, and movies for free. It’s up to you to judge what’s legal and what’s not, but the point stands that there’s a huge amount of stuff that Kodi can be used for.

Want to see what add-ons Kodi has to offer? Check out our lists of the best Kodi add-ons and best Kodi sports add-ons.

In May 2018, the Steam Link app came to the Google Play Store, enabling streaming from your PC to all Android devices – from smartphones to your Android TV. Yes, that means that with a good internet connection, you can now stream your Steam games directly to your TV – at up to 4K resolutions at 60 fps, no less (you’ll need to go into advanced settings to change from the default 1080p). 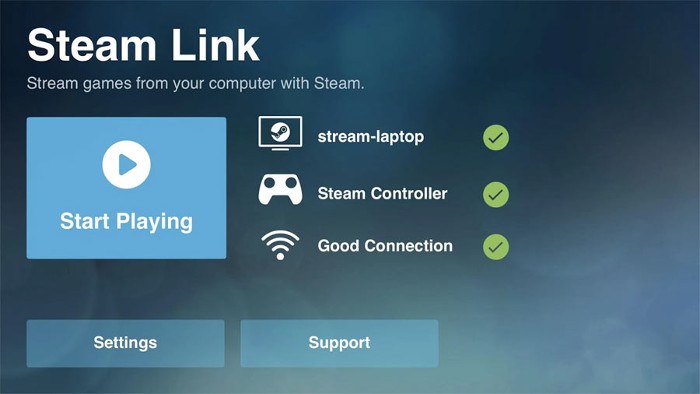 We strongly recommend that both your TV and Steam PC are connected to your home network via ethernet for this to work properly. Beyond that, happy gaming!

For more advice on how to set up the Steam Link app, read our guide here. 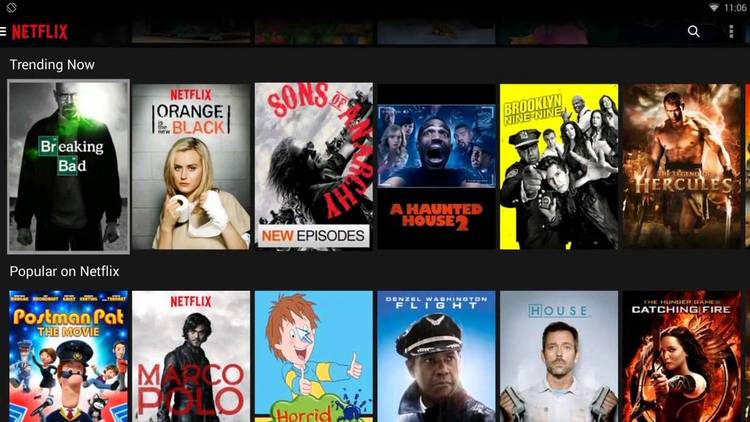 If you already have a Netflix Subscription, using their dedicated app for Android TV will give you a more immersive experience. The service has a huge variety of movies, TV shows, and documentaries. It’s also one of the few video streaming platforms that support 4K video and HDR. Netflix comes preinstalled on most of the latest Android TVs, but if you don’t have it, you can download it from the Google Play Store.

HayStack TV is a smart news app whose popularity has risen on an unprecedented scale in the past few years. Their greatest adulation came in 2017 when HayStack TV was nominated by Google for “the 2017 Google Play Awards” for the best TV experience award. But all the admiration is not without reason. HayStack TV takes a different approach when it comes to keeping you updated with the latest news. 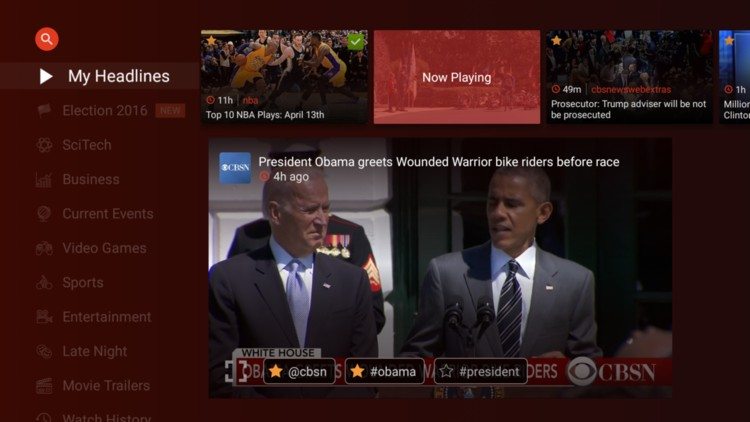 HayStack gets you started by allowing you to choose your interests and your most trusted sources from a list of topics. It learns about you and your interests from the topics, categories, and sources you’ve selected. It will then use this information to match your daily newscast with your interests. HayStack collects news info from over 100 local and international news stations.

Android TVs come with support for Google Cast. It allows you to cast any video, audio, or images from your Android device to an Android HDTV. What if you are an iPhone user and also happen to buy an Android TV? Technically you’d face serious compatibility issues. This is because iPhones don’t support Google Cast. They come with Airplay, a feature that allows iOS users to stream media from an iPhone to an Apple TV. 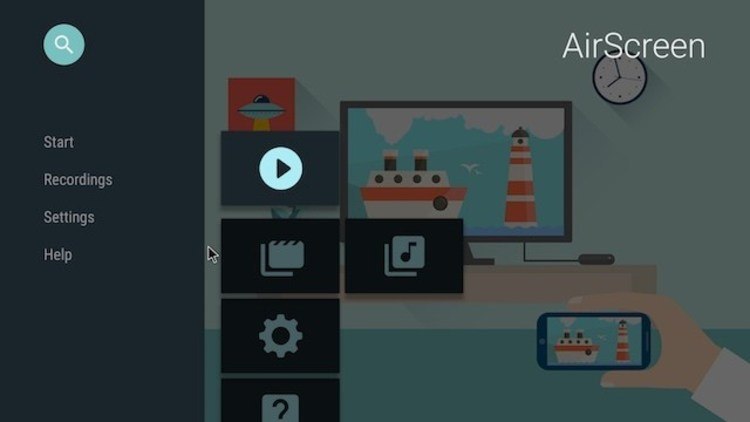 However, Google has made life easier for iOS users by introducing AirScreen — an app that allows iPhone users to stream media content from an iPhone to an Android TV. AirScreen creates an AirPlay server on your Android TV, allowing you to mirror your iPhone screen on an Android TV.

If you love watching a live stream of players showcasing their gameplay skills, then Twitch is the place to be. Twitch is a live-streaming video platform where gamers post live video game streams. Watching live video streams may sound like a boring thing to ordinary folks. However, for gaming fans, it’s not only fun but extremely important. 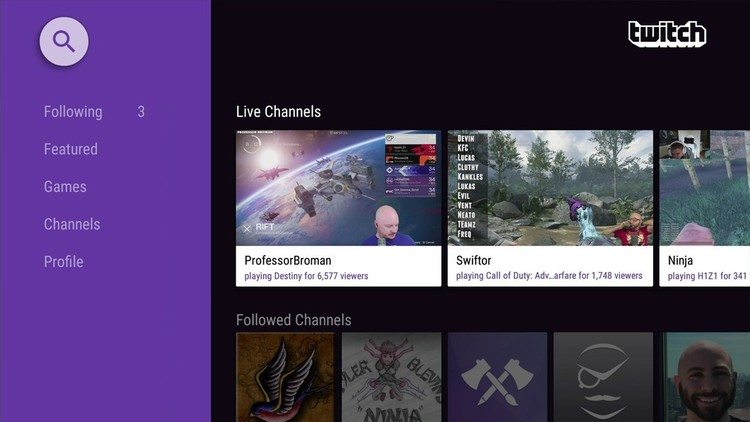 Watching gameplay on Twitch allows gamers to learn new gaming tactics and new ways to play different games and also gives them a new understanding of the different levels and difficulties a game offers. It can greatly help players who are stuck at a particular level to learn how to proceed to the next level. If you a hardcore gamer, then you’ll appreciate what Google has done in making Twitch feature in the list of Android TV apps. 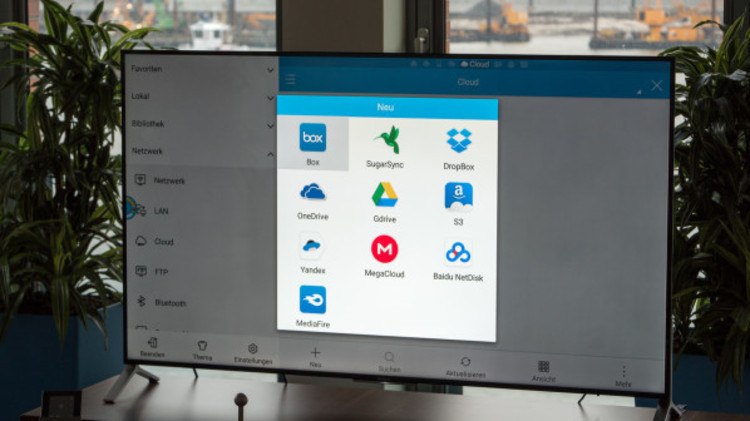 The only problem is that currently the Google Drive app is not available on the Android TV Play Store. But that doesn’t mean you can’t have it installed! You can always sideload it. You can install it easily using apps like ES File Explorer. Alternatively, you can place a copy of the APK in an SD card and install it from there.

If you want a breathtaking video playback experience on your Android TV, the VLC Media Player is the app you need. This impressive media player supports nearly all video codecs. It also supports network streams, most types of audio files, and DVD ISOs. It’s probably the best all-around multimedia player for Android TVs. 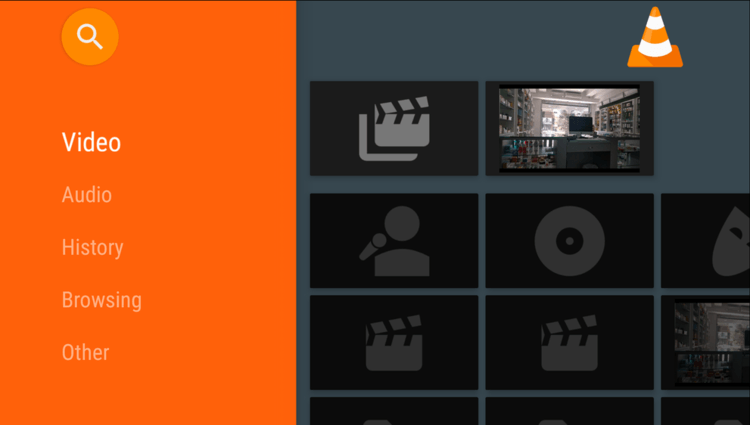 What’s more, the VLC player will automatically categorize your library into audio, video, and others. Plus, by using the settings in the player, you can control playback in every way you wish, as well as control other things such as hardware acceleration. The VLC Media Player is available for download on the Android TV Play Store. 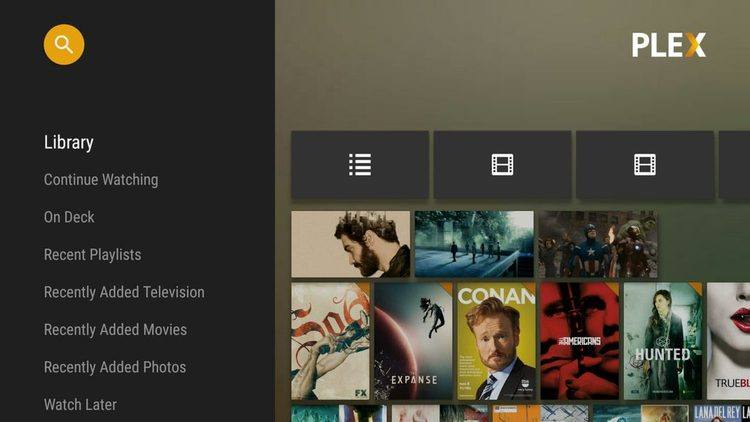 Plex is also one of the best Android TV apps for organizing and managing media. If you have a media library on your Android TV, you will find Plex very useful in organizing, managing, casting and controlling the playback on every screen in your house. Plex has put in a lot of effort into making the Plex app on Android TV a success. The app is clean, fast and easy to navigate.

Which Android TV apps do you recommend? Share with us in the comments section below.