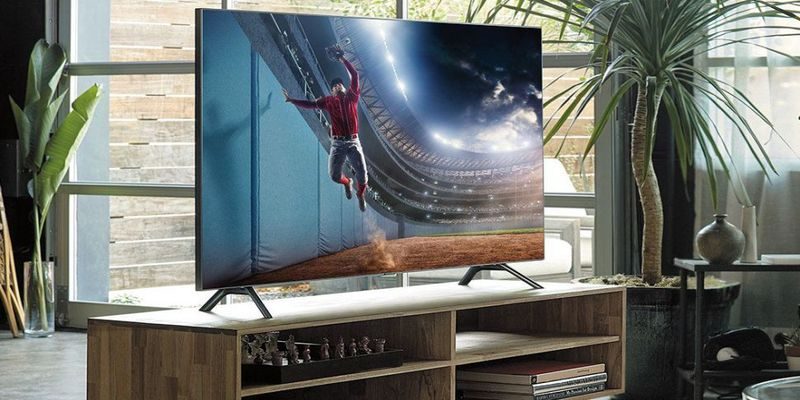 With the recent release of Xbox One X and Sony PlayStation 4 Pro, it’s finally safe to say that we’ve finally entered into a new era of 4K gaming. The original PS4 was great at playing 1080p games, with 4k playback reserved exclusively for photos and videos, not games. But the new PS4 Pro and Xbox One X come with improved hardware and streamlined rendering that allow you to play your favorites games in their high-resolution 4K splendor.

However, to enjoy gaming in such high resolutions, you’ll need a good 4K TV that has been optimized for gaming. The best 4K gaming TVs offer exciting features such as low input lag of around 20ms (the lower the better), variable refresh rates, HDR, and great viewing angles among others. The following are the five best 4K gaming TVs you’ll find on the market today. 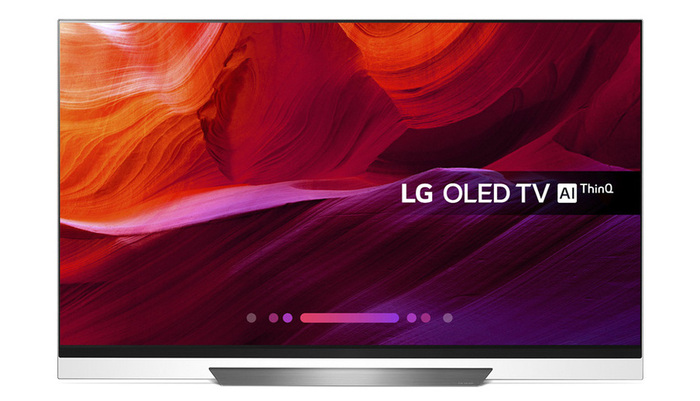 This ultra slim TV comes with an ultra skinny stand that has been designed in such a way that it makes the picture appear as if it’s floating in mid-air. This design makes it easier for you to get immersed when playing action-adventure games such as God of War.

As with any other OLED TV, the 65E8 boasts of perfect blacks and rich colors which pays off handsomely when shooting in dark scenes. And with an input lag of 21.4 ms, this TV performs as well as it looks.

Another great gaming feature that makes the OLED65E8 an exceptional gaming TV is its support for 120fps gaming and full 4:4:4 color handling. Plus, it comes with support for HDR for best picture quality and Dolby Atmos for high audio rendering. On the downside, the OLED65E8 comes at an eye-watering price tag of $3,499.

While OLED TVs are impressive, they are prone to burn-in and image retention issues. They also tend to be more expensive compared to their LED counterparts. If you don’t want to go the OLED way, Samsung’s QLED is your best alternative. Their flagship model, the Samsung Q9FN boasts of an incredibly high-peak brightness of 1,700 nits in HDR content. 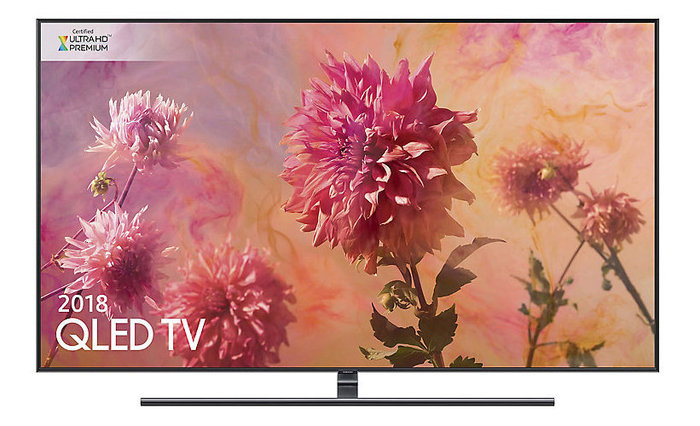 The Q9FN also manages to produce high contrast ratios of nearly 20,000:1 thanks to its local dimming feature. And with an input lag of 22ms, the Q9FN offers impressive response time even when playing fast action games. And the best part, it has a zero risk of burn-in.

Additionally, the Q9FN features FreeSyn support, an LCD sync tech that supports a dynamic refresh rate to reduce stuttering and tearing. On the downside, at $2,596 for the 65-inch model, the Samsung Q9FN is expensive. It also has mediocre viewing angles, which is expected of all LED TVs.

Related: OLED vs. QLED: Which is the Best TV Technology?

The Sony OLED A8F is an update to the A1E from 2017. Although the A8F adds only incremental updates, the A1E was a force to be reckoned with, and even the top LG OLED TVs of 2017 couldn’t outperform it. The A8F continues this legacy with minor design changes and software updates. 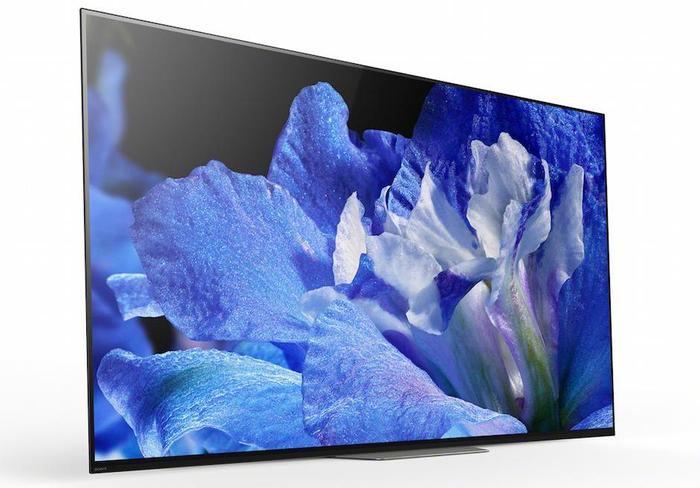 If you spend as much time on Netflix as you do on gaming, you’ll be glad to know that the Sony OLED A8F offers the best of both worlds. Powered by the all-powerful 4K HDR Processor X1™ Extreme engine, the Sony A8F produces mind-blowing images that will amplify your immersion level.

The X1 Extreme leverages over eight million self-illuminating pixels to create perfect blacks and unprecedented contrast that every gaming or movie junkie dreams of. As far as gaming is concerned, the Sony A8F comes with a dedicated gaming mode which turns off most of the processing to minimize latency.

The A8F also has a theater-like sound quality which is great for playing those action-packed shooting games. However, the 30ms input lag is not that impressive. Also, at a price of $3,045 for the 65-inch model, the Sony A8F is not for the average consumer.

If you’re into that OLED gaming experience and don’t want to break the bank, the LG OLED B8 is an excellent pick. Just like the OLED E8, the OLED B8 has a low input lag of 21ms that gives it a high response rate. This also results in almost no motion blur in fast action games. 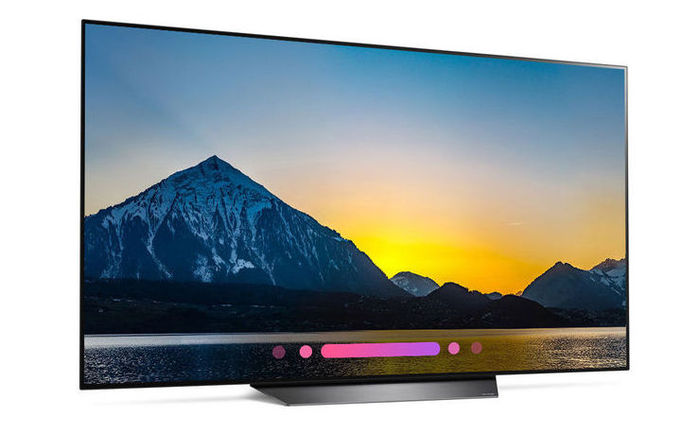 The B8 is capable of producing deep inky blacks and rich colors that are ideal for gaming, further perpetuating the OLED pedigree. Additionally, the B8 supports HDR video and offers many connectivity options including 4 HDMI and 3 USB ports. Starting from $1,400 (for the 55-inch model), the B8 is affordable.

If input lag is your strongest consideration, then the Vizio P55-F1 is your best option. With an input lag of 15ms, the Vizio P55-F1 beats even the best OLED TVs of 2018 in this department. All the Vizio P series TVs achieve such incredible input lags by use of a dedicated HDMI port (HDMI 5) that is “game low latency enabled.” 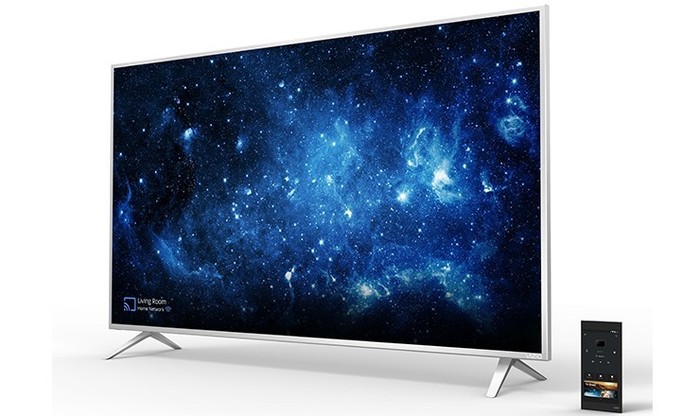 The HDMI 5 input acts as Vizio’s gaming mode. The Vizio P55-F1 does not have an OLED panel, but it delivers a seamless gaming experience in both bright and dark rooms. And at a price of $799 for the 55-inch model, the P55-F1 is one of the most affordable 4K gaming TVs on the market. On the downside, the HDMI 5 port lacks support for HDR, so you’ll be limited to 4K SDR content in HDMI 5.

In a market flooded with 4K TVs that claim to support 4K and HDR gaming, it can be hard to spot the best 4K gaming TV that meets all the required 4K gaming metrics. The LG OLED 65E8 is our pick for the best gaming TV of 2019.

But if you’re on a tight budget, we recommend you buy the Vizio P series which offers nearly the same features without sacrificing much on picture quality.

5 Top Apple Pencil Alternatives You Should Consider Getting
5 of the Best Noise-Cancelling Earbuds
Tech Stocking Stuffers that Won’t Break the Bank
Top Gifts for Gamers This Year
4 of the Best Budget True Wireless Stereo Earbuds
6 of the Best Tech-Friendly Backpacks
5 Good, Affordable Virtual Reality Headsets for Trying VR Games
The Nintendo Switch vs. Nintendo Switch Lite: Which One Should You Buy?