One of the most useful apps that I have found for the iPhone is AppShopper. It’s like a Bargain Basement for iPhone apps in that it warehouses price changes and updates for apps. It can be used both for shopping for specific applications, as well as just browsing to find interesting new apps. You can have it do all the work for you, making it far surpass sifting through the the App Store looking for fun new apps.

AppShopper does just what the name describes. It aids the search for apps, both in price and by name. It has two sections for shopping: Popular and What’s New. In Popular, the app shows you the more popular apps that are being accessed through the app, and tells you how long it’s been among the most popular as well. In What’s New, it gives a listing of all the apps whose status has changed recently, whether it a price drop or an update. It’s constantly being updated. 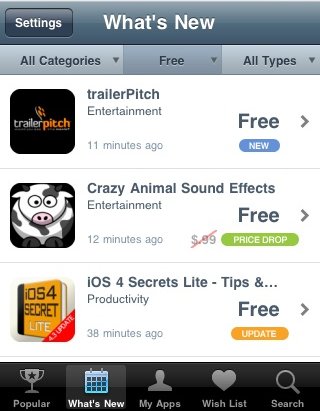 Additionally, you can tag all the apps you have so that it will check through the ones you have and alert you when there is an update or price drop. You can also tag apps that you want but don’t want to spend the money on just yet. It will send up a push notification when the app drops in price, whether it’s just being discounted or whether it’s temporarily free. You don’t have to just use the apps in the Popular and What’s New sections though, as you can search for any app that you may have heard about or seen somewhere else. 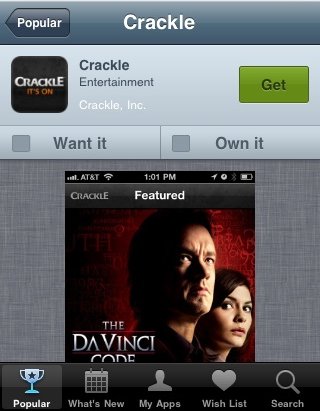 To buy the app directly from AppShopper, you click on the price or “Free” tag and it then takes you directly to the App Store app to buy it. Interestingly, it doesn’t tag the app inside AppShopper at that point to say you own it. You still have to go back into AppShopper to tag that on your own. It’s a minor infraction, as it doesn’t really slow you down at all. It just seems like something it should do on its own.

I have found so many useful apps with AppShopper. I have an obsession with downloading new apps for both my iPhone and my MacBook. When I’m just looking for something new to play around with on my phone, I open AppShopper and just browse. You can set it to only browse the categories you want, as well as have it hide all non-Western apps, which cuts out a considerable amount to where it’s only showing ones you’re truly interested in. It makes me wish it was available for the Mac App Store as well. 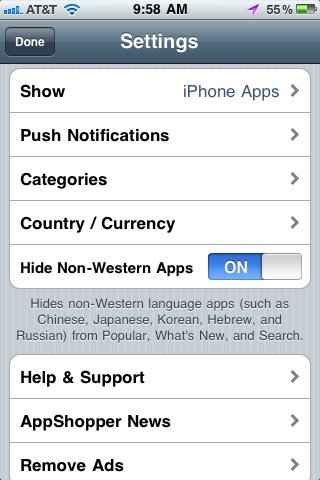 AppShopper is a free app, downloadable App Store or iTunes. It’s a free app, but does have a paid subscription price that removes the ads. It’s a very minor price to pay at just $0.99, yet the ads aren’t obtrusive here at all, as they are all advertising more apps, which is why I’m in AppShopper to begin with. It’s useful enough to where I wouldn’t mind paying for it, but I appreciate the ads being there.