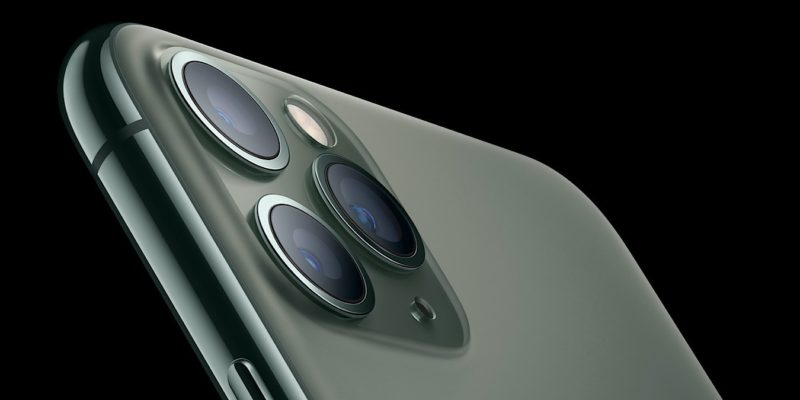 One thing the mobile industry has been discussing recently is users not feeling the need to update their phones as much. Once they did away with two-year contracts and forced us to pay full price, we suddenly didn’t need to update quite as often. And with prices of phones $1000 or more? As long as the phone works and keeps a decent charge, why would you pay $1000?

The problem is that’s hurting phone manufacturers. At Tuesday’s Apple Event, Apple introduced its new iPhones along with new pricing plans. This seems to be a way to encourage people to go back to updating every few years. Additionally, they released a new iPad, and Apple Watch and announced plans for Apple TV+ and Apple Arcade.

The iPhone 11 comes in six new colors and features a dual-camera system with a 12 MP wide camera and a 12 MP ultra wide camera. Along with the optimal wide view, it has the dark mode feature to allow you to take better low-light shots. A really interesting new feature is the “slofie,” aka a slo-mo selfie.

Other than the camera, the iPhone 11 features the fastest chip ever in a smartphone with the A13 bionic and also promises an all-day battery charge, while having a 6.1″ liquid retina display.

It will be available starting at $699, $399 with a trade-in, or $16.62/month. It’s far from $1000, gives you a monthly option, and also offers you a great discount with a trade-in on more recent phones to encourage you to trade up more often.

The iPhone 11 Pro and Pro Max offer many of the same things. Along with four different colors from the iPhone 11, one of the upgrades is what Apple calls a Super Retina XR display. The battery here gives you four and five more hours of battery use.

The camera system on the Pro features three cameras while compromising a little on the aesthetics. However, it can include up to four times more scenery. The third camera offers telephoto to go along with the wide angle and ultra wide angle lenses.

There’s been much curiosity about what Apple’s streaming service would entail and how much it would cost, especially after it released three new trailers over the summer. Tuesday they finally announced that information.

Apple TV+ will offer original programming, such as the shows for those three trailers that were already announced: “The Morning Show,” “For All Mankind,” “and Dickinson. A new show was announced during the Apple Event: “See,” starring Jason Mamoa. New shows will be added every month.

It will all be available November 1, but incredibly, it will be available for just $4.99/month for the entire family, with a free seven-day trial. If you buy a new device, you’ll get a free one-year-subscription.

The greatest change to the newest Apple Watch is the Always-On Retina display. You don’t need to do any motions to wake the watch face. Just like a standard watch, you’ll always know what time it is.

Like the iPhones, it also features an all-day battery life as well as a built-in compass and international emergency calling. It’s made from 100% recyclable aluminum.

While it wasn’t as exciting as the other products and services being released, the new Apple Arcade was announced. It offers a gaming subscription service with new games every month. It will be available on September 19 for just $4.99/month for the whole family with a one-month free trial.

There was also a new iPad released, but there really wasn’t anything exciting about that release, other than the iPadOS 13 OS that will be offered on it.

Is the new pricing of the iPhones more enticing? Do you think it will encourage more people to buy the new iPhones whether or not they need to upgrade? Tell us your thoughts in the comments below.

How to Back Up Your Whatsapp Chats in iOS
How to Set Live Wallpapers on an iPhone
Google Fails to Impress with Google Assistant at CES 2020
How to Add a Trusted Phone Number to Your Apple ID
Apple Pay Not Working? Here’s How to Fix It
Chinese Hackers Manage to Bypass 2FA
Samsung Electronics to Debut SelfieType Virtual Keyboard at CES
Syncing macOS and iOS: How Do They Connect?