Getting your iPhone stolen is such a concern to so many users that the thefts have picked up the catchphrase of “Apple picking.” The Cupertino company’s newest feature to stop thievery, Touch ID, is designed to work along with iOS 7 so that no one but the owner will be able to sign on to the phone, hopefully reducing a thieve’s desire to steal the device. Yet in the process, Apple has not only left the phone still vulnerable, but left users open to also losing their online identities.

A video in YouTube has shown that the Touch ID can be easily bypassed, even without the owner’s fingerprints. The video also show you how easy it is to hijack your Apple ID account and access to all your data. Yes, even the “Find My iPhone” and remote wipe feature is useless in this case. 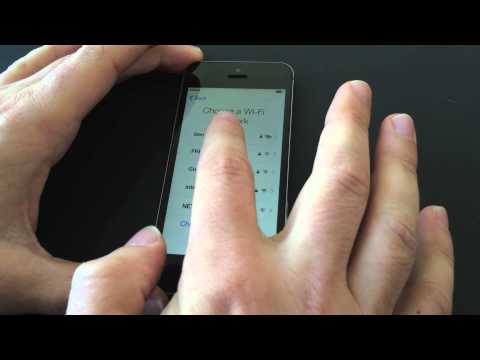 Apple added the Touch ID sensor to the iPhone as an effort to make the phone more secure and harder to crack. This is designed to work along with fingerprint technology to not allow anyone other than someone with your fingerprint to sign on to your phone. The hope is that it would be even more safe than using a passcode. While thieves can run through possible combinations to find the right passcode, they won’t be able to figure out your fingerprint.

What Apple was somehow missing is that your fingerprint is all over the phone. An enterprising thief can lift the fingerprint and make a pseudo “finger” that uses the print and use this to sign onto your phone. It gets worse, though. Not only can they sign onto your phone, but they can also use your phone, once signed on, to steal your Apple ID, your one and only identifier with Apple that allows you to make purchases, access iCloud, etc. And once thieves have all that information, they can also get into your email and social networking accounts.

Just like having your social security number stolen, enabling thieves to take over your entire identity, having your iPhone stolen could now digitally do the same, steal your whole identity. Luckily, the video also gives users tips on how to prevent this type of theft, but the threat is already out there. It really doesn’t do much to make users feel any more at ease. There is still a feeling overall of vulnerability, and that isn’t likely to go away until Apple creates a new security feature to strengthen the system.

Are you still keen to get your hands on iPhone 5S?

6 Best Smartphones for Seniors in 2021

How to View iPhone Emojis on Android

How to Change Your iMessage Bubble Color in iOS

How to Fix the Obtaining IP Address Error on Android

5 of Best Android Auto Alternatives You Can Use

4 of the Best Quick Settings Apps for Android

7 of the Best iOS Games With Controller Support