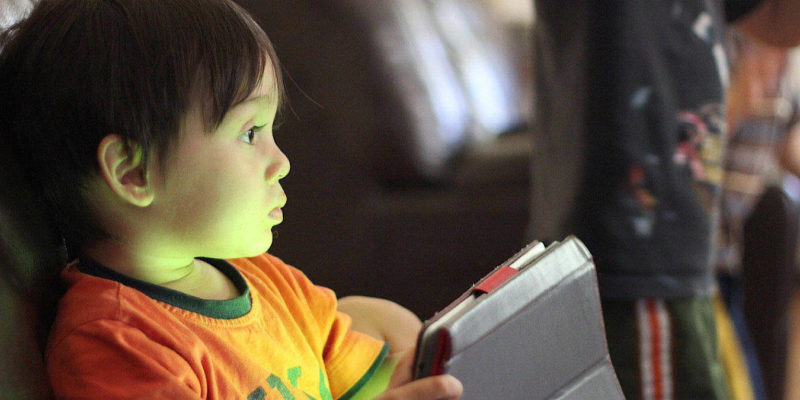 This just seems like a case of “damned if you do; damned if you don’t.” If Apple offers no protection for kids’ apps, they get heat for caring more about profit than children’s welfare, and if they offer protections, then they aren’t doing well by app developers.

Starting next month Apple planned to implement new rules for children’s apps: they would be banned from external analytics software and prevented from adding ads. But this has app developers asking how they’ll make money if they can’t collect information on kids and can’t advertise to them.

Apple was pushed into this change by children viewing inappropriate ads and because they want to protect them by shielding them from data trackers. But it has some suggesting it’s an overreach of the tech company’s power. Additionally, some developers believe the rule change will push children into using more adult apps while it will also limit their business.

Gerald Youngblood created Tankee, an iPhone app that is meant to be a YouTube alternative that is safer for kids. While it’s doing well, being ranked in the top 10 apps for kids age 9 to 11, the new rules will mean Youngblood can’t use ads, meaning Youngblood can’t make the app free.

The developer doesn’t feel his app should fall in with the apps that don’t protect kids. “We thought they were going to shut down these apps that were ignoring privacy and targeting ids,” he said. “We were built with privacy as a foundation.”

But Apple feels they are only responding to the concern of parents. Apple’s senior vice president of worldwide marketing, Phil Schiller, said they were taking in complaints from parents that their children were seeing inappropriate ads on their iPhones.

“Parents are really upset when that happens because they trust us,” he said.

This has led to Apple delaying the planned rule changes. “We aren’t backing off on this important issue, but we are working to help developers get there,” said Apple spokesman Fred Sainz in a statement.

The statement added that some developers asked the company to clarify the new rule changes, but “generally we have heard from them that there is widespread support for what we are trying to do to protect kids.’ “

Apple first announced in June they’d be making these changes, but because they dominate the app economy as it is, it’s believed that even small changes could do serious damage to that economy.

The company has cornered the market with 71 percent of spending on the U.S. app market, leaving Google far behind in second place with 29 percent. This led to Apple making $25.5 billion in the app Store in the first six months of 2019, while the Android platform only made $14 billion.

The company is planning to make this change after trying other methods to fix the problem. They already contacted developers and advertising software operators and asked them to remove inappropriate ads. But Schiller reports that failed.

What developers want is for Apple to not issue a blanket ban but mandate that all children’s apps use advertising and analytics that are properly vetted for children’s safety.

While it’s understandable this is cutting into developers’ business, perhaps they shouldn’t be looking to make money off showing kids’ ads and collecting data from them in the first place. And certainly, parents should be watching what their children are using. If both agents did that, Apple wouldn’t need to exert these rules.

What do you think about Apple’s plans to severely limit kids’ apps? Leave your thoughts in the comments section below.

More than Half in US Believe Police Will Use Facial Recognition Responsibly
Should Kids Have Online Privacy and Not Be Tracked by Parents?
What Technology Product Has You Patiently Waiting for an Update?
Should Children Be Exposed to Technology at an Early Age?
Do You Think Apple Can Still Be Considered the Most Innovative?
Should Phone Manufacturers Bear Responsibility for Kids Getting Addicted to Their Phones?
Are You More Likely to Utilize Tutorials from Device and Software Companies or Users?
Does the iPhone X Appeal to You?