Do you prefer to use a trackpad over a mouse when working on your laptop? There aren’t many external trackpads out there, and Apple Magic Trackpad is among the best. The Apple Magic Trackpad 2 is its second version and has been redesigned to include a rechargeable battery and Force Touch (the same technology as the built-in trackpad in Macbook).

Normally selling at a price of $150, it is now selling at $105 (the Space Gray version), a whopping 30% off. After this deal expires, you might not get the same discount in the foreseeable future again. 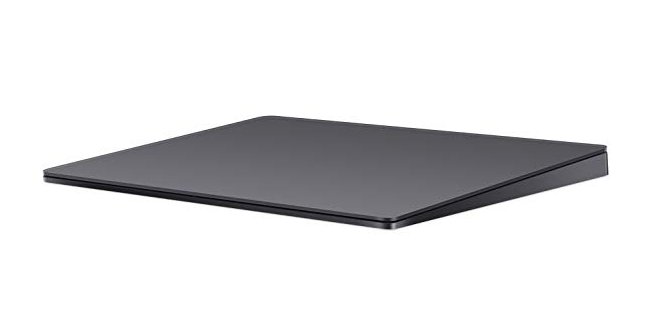 Coupled with four force sensors underneath the trackpad, it allows you to click anywhere on the surface, not just the middle of it. It can also detect subtle differences in the amount of pressure you apply and allows you to take advantage of added functionality in many apps and system features on your Mac.

Magic Trackpad 2 pairs automatically with your Mac and works out of the box. It doesn’t support Windows and Linux, but Kernel 5.0 for Linux includes support for Magic Trackpad 2, so you might be able to use it in Linux.

Get Amazon’s Best Selling Anker Wireless Charger for 32% Off
Charge Your Devices on the Go with this SmilePowo Power Bank at 25% Off
Get Bose QuietComfort 25 Acoustic Noise-Cancelling Headphones at Half the Price
Buy Facebook Portal Mini for 23% Off to Make Easy Video Calls
Save 32% on AUKEY Car Phone Holder on Amazon
Get a Pair of Apple AirPods with Wireless Charging Case at 15% Off
Get $350 Off Google Pixel Slate, and Get Pixelbook Pen and Pixel Slate Keyboard for Free
Get the Alexa-Enabled Echo Dot Speaker for 50% Off