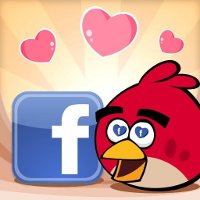 Angry Birds is a worldwide gaming phenomenon that has swept the competition under the rug. Rovio announced that Angry Birds is now the most popular downloaded game in history, with over 700 million downloads worldwide! I’d say making Angry Birds, Angry Birds Seasons, and Angry Birds Rio all available on major smartphone platforms, as well as Chrome web browser, PC, and Mac, was a huge success!

The family-friendly game of using your finger to catapult cartoon birds at their pig nemeses is fascinating and fun for kids (and adults) of all ages. The suspense has been building on Facebook as the Official Angry Birds Page releases hints about what the game will be like. The full version will be released on Facebook today from 6PM to 9PM if you join the launch to play by invitation. The game will be available to all Facebook members free of charge.

Some of the hints being dropped by the Angry Birds, are the pigs playing a more prominent role in the game. Right now the role of the pigs, is to sit in the structure as the birds crash it down on top of them. Points are awarded for knocking the structure down and eliminating the pigs. Bonus points are also awarded for doing it before using the allotted number of birds. 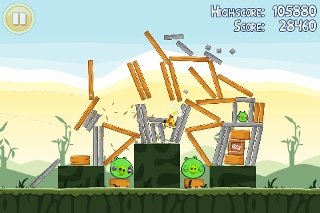 Another new feature made just for the Facebook platform, will be leader boards. Players can compete against each other for the high score, trying to outdo each other with “Power-Ups” to earn bragging rights. Competitors will battle it out for new prizes like Gold, Silver, and Bronze crowns for the top three scores in any level. Power-ups will use one of four super charged features to help you take the lead position.

Earn Power-Ups by playing the game, receiving them as a “Mystery Gift” from a friend, or purchasing them. Rovio will use the reach of  Facebook’s 800 million users to monetize it’s franchise, so all of the Power-Ups will be available to purchase in-game for $0.99 each, and will be available in limited quantities.

Sometimes just using your finger to pull the sling shot back can cause a misfire. Using the “King Sling” feature to catapult your bird at maximum speed and power, is sure to get those pesky pigs. 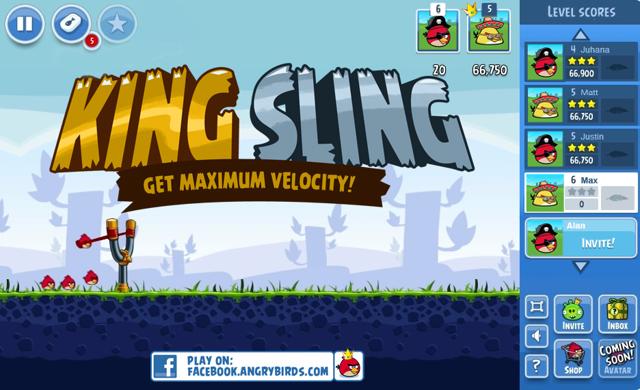 If your aim isn’t always on target, you are going to love the “Sling Scope!” This Power-Up gives you  laser pointer accuracy to ensure you hit your target. Just line up your laser dot with your intended target and shoot. 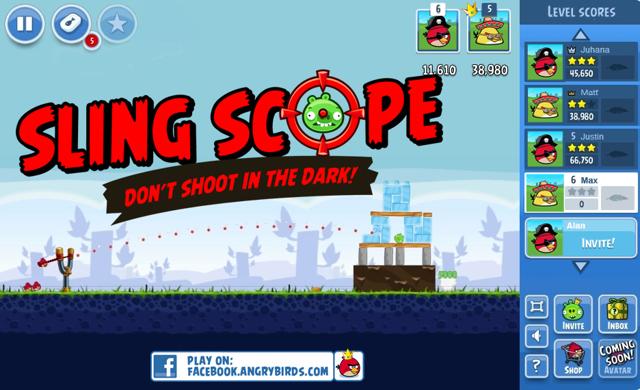 Little birds can only knock down so much. With this Power-Up, you catch a “Super Seed” that feeds your bird and makes him super-sized! 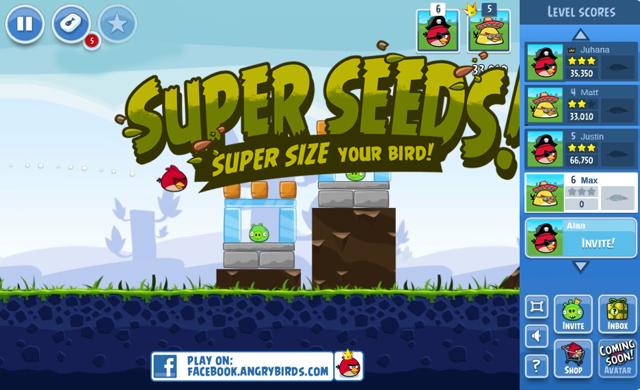 Rattle the battle! Shake the pig’s foundation, and bring them and their structure crashing to the ground. 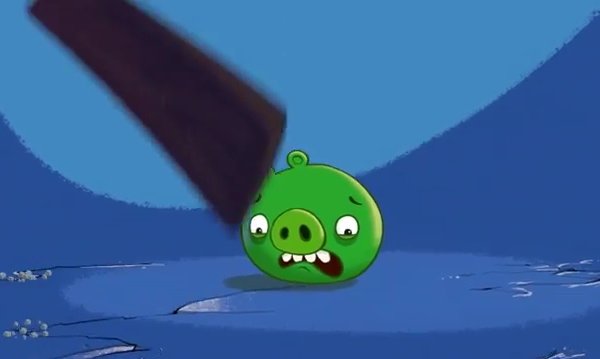 With such buzz and excitement around the release of the Facebook Angry Birds on Valentine’s Day, I wonder if there will be more Angry Birds, or angry valentines! If you haven’t gotten your sweetheart something yet, RSVP that special someone a spot to play in the invitation only game launch.