Have you ever wondered why we haven’t evolved from the basic fan and heat sink for the cooling of most consumer-level computers? Aside from liquid cooling (which is still a niche market at best), there seems to be no other alternative available. There are, however, a few people who aren’t satisfied with simply thinking outside the box when it comes to CPU/GPU cooling. They take that box, rip it out, and put their own in its place. Despite their best efforts, there’s still a good reason why we’re sticking to heat sinks and fans.

The first image that pops into most people’s heads when listening to the word “cool” is their fridge. It’s logical, right? The appliance is loaded with a gas known as freon that circulates through a compressor in a way that cools down any given volume in a relatively short time.

It turns out that people have been building freon-cooled PCs for a while now. Check out this video from 2011: 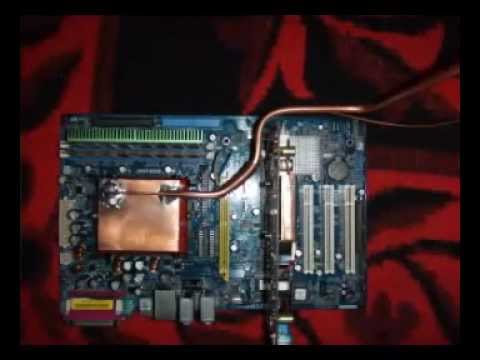 Here’s the flaw: As the air around your CPU gets cooler, the natural vapor in that air begins to condense. Condensation and electronics are sworn enemies. If you get enough of that condensation to drip onto an active part of your circuit board, you can wave goodbye to your computer. To solve this, you either need to coat your entire motherboard with rubber that leads into a drip pan, or leave it inside a vacuum with absolutely no humidity. Freon cooling is a nice gimmicky idea, but it’s not a viable long-term cooling solution for most people.

2: Just Submerge It in Mineral Oil

OK, so anything producing condensation doesn’t work. What about mineral oil? It doesn’t conduct electricity, it’s non-corrosive, and your computer looks cool submerged into an aquarium full of the stuff. In addition to all this, your computer will run so silently, you’ll forget it’s even there. See an example in the video below. 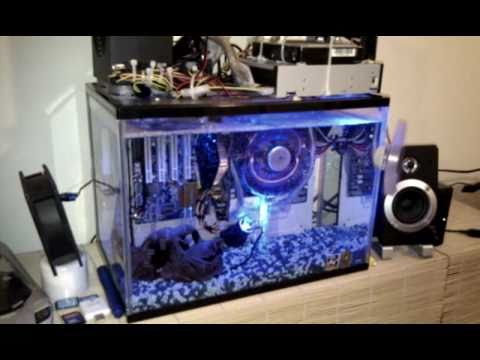 Here’s the flaw: Since oil is viscous, thermal buildup is a definite possibility. You will have to compensate for that by pumping the oil upwards where it can meet with cooler air and come back down when it’s cooled sufficiently. This isn’t so much of a flaw, since it’s easily remedied. However, the main flaw of mineral oil cooling is that if you ever need to perform maintenance, you need to be prepared to dip your hands in oil, which can get messy. Also, you may void the warranty of your pieces (the void stickers may fall off due to the moist environment).

Sometimes you want to go the full nine yards. It’s in those moments that you start considering extreme options like liquid nitrogen, a gas that in its liquid state reaches around -195 degrees Celsius (-320ºF). You can see how someone manages this kind of cooling setup below. 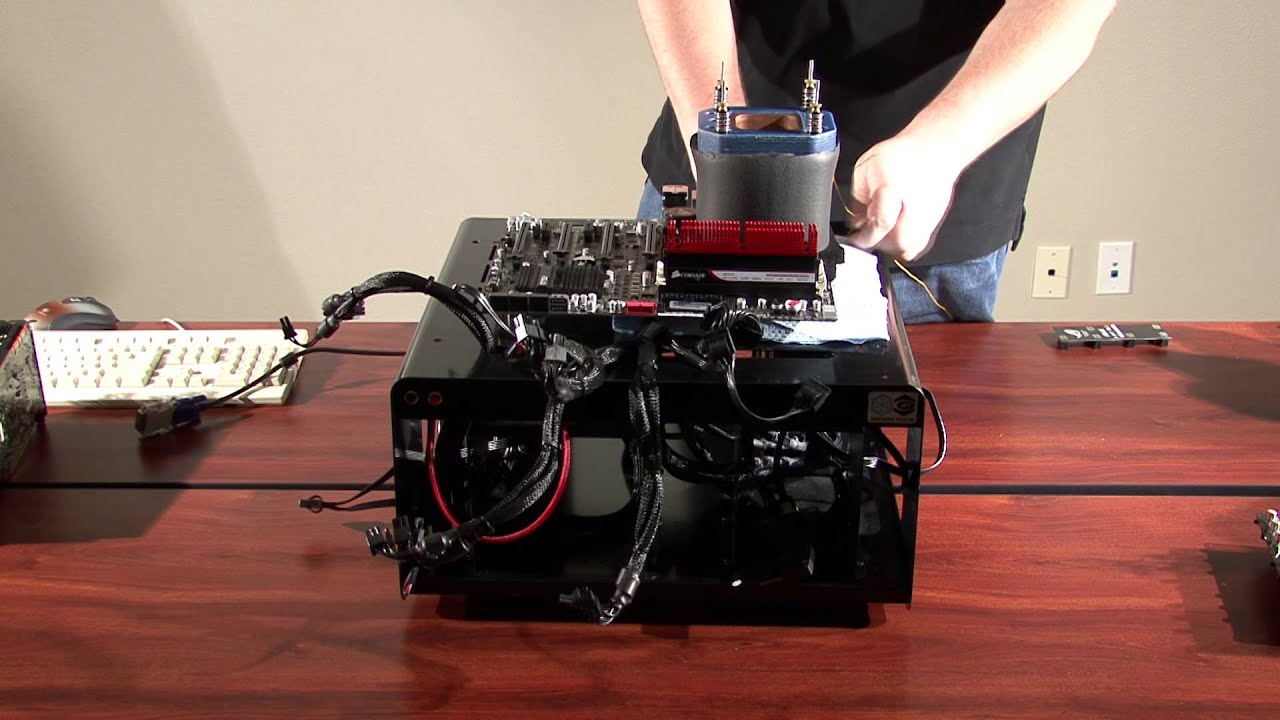 Here’s the flaw: I don’t think I need to state it, but I will anyway: Nitrogen evaporates quickly in room temperature. It’s a great cooling medium for short-term use (like breaking a record in benchmarking software leaderboards). For use throughout an entire day, it gets complicated to say the least. Never mind the fact that you have to fully insulate the CPU’s “nest” from the rest of the motherboard. You also have to constantly refill the supply of nitrogen. If you have a laboratory that gives you a constant supply, though, it might be worth a shot!

4: Cool Your PC with a Swimming Pool

Water cooling has always been a top choice for most of the enthusiast market. Now, what if you had a pipeline that channeled water from a swimming pool through it all day? That would be a very copious supply of water pumped right to your PC without needing to take extra steps to disinfect the lines (to prevent algae buildup).

Here’s the flaw: Algae may no longer be a problem, but if you have hard water, expect to maintain the lines for calcium buildup. In all sincerity, this is a very neat system, and if you can manage it, consider it a way to save money (aside from the massive sum you’re already spending from maintaining a pool you’re not swimming in). Your CPU disperses heat, making it cost less to heat the pool. In addition to this, your pool’s chlorine is already disinfecting everything for you, and you don’t have to invest in a pump and other equipment.

Have Any Wild Cooling Ideas?

If you have thought of a new way to cool a PC, and would like to discuss its flaws, lend us a comment!

How to Cool Down an Overheating iPhone

How to Create a Raspberry Pi 4 Case with Fan

How to Easily Get Hardware Information About Your Linux PC

How to Cool Your Raspberry Pi

How to Find Out How Much Hard Drive Space You Need