Have you ever wanted to design your own catapult? How about a toy robot, or maybe a more complex machine you’ve been layout out in your head? If so, you might already be familiar with Google Sketchup. It’s a simple to use 3D modeling program for Windows and Mac that has been popular for years, and is used in such other products such as Google Earth to create the buildings. What you may not know is that you can add a plugin to Sketchup which will enable physics, turning your sketches into simulators.

Rather than try to describe exactly what it can do, I’ll give you this video to see for yourself. 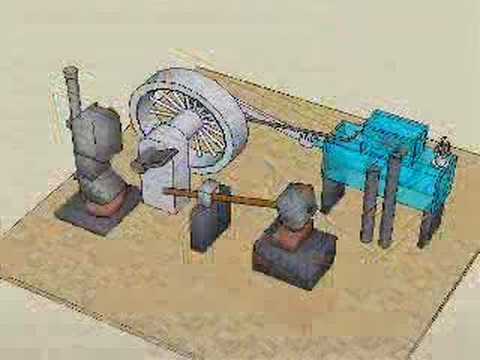 The plugin we’ll be using today is called SketchyPhysics. It is not a standalone application, and requires Google Sketchup in order to run, which can be downloaded here for free. Once Sketchup is installed, you can download the SketchPhysics installer here. It’s intended for Sketchup 7, but will work with version 8 with one small tweak.

When installing SketchPhysics, it will ask for the location to install. By default, it will assume version 7 (ie C:\Program Files\Google\Google SketchUp 7\Plugins). Just make sure to change that to version 8 if required.

Once SketchyPhysics has been installed, you’ll get some new toolbars showing in Sketchup. These are required for some of the actions related to the physics engine. You can drag those into the main toolbar at will to arrange them however you wish, as shown in the screenshot below. As an example, we’re going to build a simple machine where one box falls on a lever, causing another box to launch in the air.

There’s a good chance that the first thing you’ll want to do is create a solid floor. Without that, your objects will drop away into nothing. In the shape toolbar, you’ll find an icon to automatically create that floor.

Once you’ve got the floor, select the Box tool from the shape toolbar. Creating a box requires three clicks to set the length, width, and height of the box. It’s a bit unusual at first, but does not take long to get used to.

Now that you’ve got our falling weight, it’s time to add a cylinder to act as a fulcrum. Select the cylinder shape and click the floor to begin drawing your cylinder. The width and height do not have to be anything specific, just enough to act as the base of our lever. Once drawn, use the Rotate tool to lay the cylinder on its side.

Once you’ve got that, use the same method to create boxes for the board and payload.

When you click the Play/Pause button from the SketchyPhysics, your simulation will begin. All physical objects are assumed to be made of the same material, so larger will be considered heavier than smaller ones. If all went well, your lever should have shot the smaller box into the air before it eventually fell back down.

While SketchyPhysics is clearly not the stuff NASA simulations are made of, it fills an important niche. Many people have great ideas about little gizmos that they’d like to explore, but lack the skills to create a real prototype. Others are interested in the field of 3D modeling, but have a hard time learning the well known professional quality applications. Whatever the reasons for using it, Sketchup and SketchyPhysics give you a simple way to explore ideas, and that’s always something worthwhile.