For Mac, there are several converter software that you can use to convert videos. Some of them are powerful, but come with a hefty price tag, while some are free, but is rather limited in functionality. If you are looking for a video converter that is both free and powerful (or useful), here are 5 of them that you can consider.

Handbrake initially started off as a DVD ripper. With the launch of the 0.9.3 version, it is now a full-fledged video converter coupled with the usual simple, easy to use interface and powerful features. 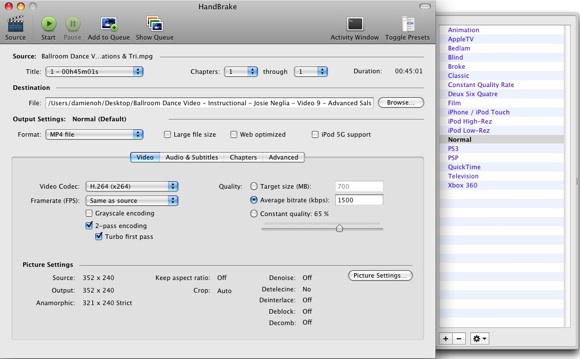 The advantages of using Handbrake is that most of the settings are already preset for you. What you need to do is just load the video file, choose the format that you want (or the device that you want to convert for) and click Start to start the encoding. Handbrake will take care of the rest.

Handbrake uses the libavcodec and libavformat library from ffmpeg, so it’s pretty much able to support most of the video formats out there.

ffmpegx uses more than 20 powerful Unix open-source video and audio processing tools, including ffmpeg, mpeg-2 encoder and mpeg-4 encoder, so it’s not surprising to see that it can supports almost a great tons of video formats. 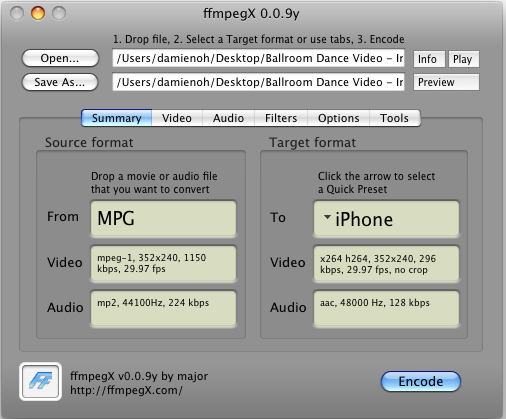 Before you install ffmpegx, you have to first download the mencoder and mplayer binaries and the mpeg2enc binary. These binaries are what the software is based on and they are not included in the default package.

ffmpegx is a shareware and it costs $15 to register. However, the trial version is fully-functional (except for the SVCD>DVD and DVD>DVD4GB tools) and is not time-limited. If you have used and really like this software, do support the developer and his hard work by registering for a license code.

MPEG Streamclip is a video converter coupled with simple video editing feature. You can cut, trim and join movies and convert them between muxed/demuxed formats. You can even download videos from YouTube and Google videos and convert them on-the-fly. 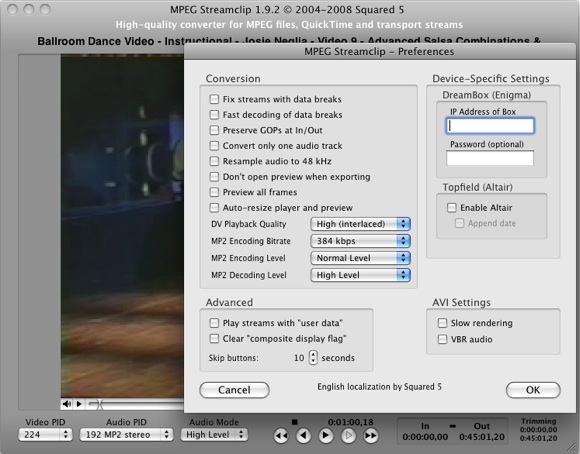 MPEG Streamclip is also a video player. You can use it to playback video files and transport streams or export them to QuickTime, AVI, DV and MPEG-4 files so you can easily import them in DVD authoring tool.

Kigo video converter is one of my favorite video converter for the reason that it is able to encode videos at a fast speed. A video that took 45 mins to encode only takes less than 30 mins in Kigo. Initially, I thought that the quality will suffered with a faster encoding speed, but I was quite surprised to see that the video quality is preserved and not affected by the speed (maybe there is, but I can”t distinguish it). 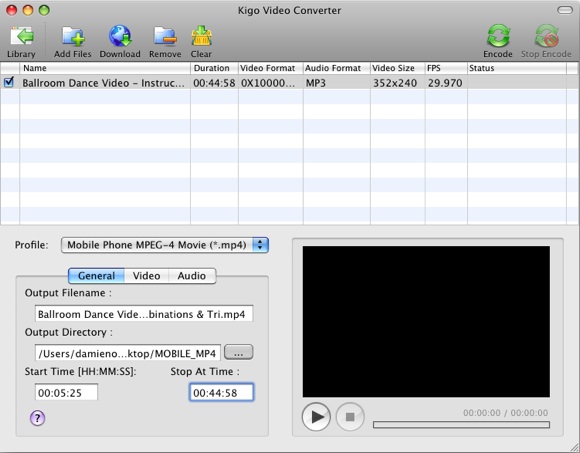 Another feature that I like about Kigo is the ability to extract a portion of the video and convert it to the format that I want. It is really handy and comes in useful when you only need a portion of the video (like extracting a small footage from your 3 hours outdoor shoot). Other than the usual video formats, Kigo also supports RMVB and MKV, the formats that are not supported in most converters.

If you just need a simple video converter that you can access quickly and easily, then FLV2iTunes is the one for you. FLV2iTunes is a simple docklet application for converting movies to iTunes,iPod, and iPhone supported format. 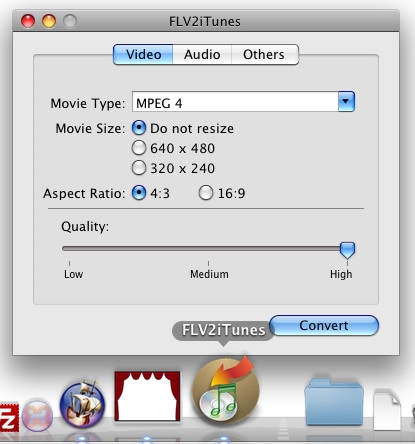 It is very easy (and fast) to use FLV2iTunes. You just need to drag and drop movies to the application at the dock. A small window will pop up, asking you some simple questions (like the format to convert to etc). Click Convert and just wait. Once it is done, it will automatically insert the movie into your iTunes library.

FLV2iTunes accepts any movies format that are supported by ffmpeg.

What other software do you use to convert videos in your Mac?