The first thing that most people will notice when they use Mac for the first time is the existence of application launchers. Even though similar idea also appears in the Windows world, it seems that the usage is not as heavy as within the Mac realm. As far as I know, most Windows users still rely on the start menu.

Application launchers provide quick and convenient access to installed applications within one system using only few keystrokes. For a keyboard guy like me, this kind of apps are the dreams come true.

Quick But Not QuickSilver

The term “application launcher” always associated with Quicksilver, the app that popularized the usage. Even though the development process is not as “hot” as it used to be, QuickSilver keeps its reputation intact until today. 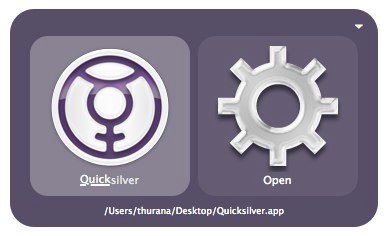 But that doesn’t mean that there are no alternatives. There are many launchers available for Mac and I’ve tried and used many of them. Some are good and others are great, some are free and others are not. Here are five of the free alternatives of application launchers for Mac.

I believe most Mac users take the OS X built in Spotlight feature for granted. It’s actually a very capable application launcher. Just use the assigned shortcut key to summon it, type the application name, select the result, and hit enter. 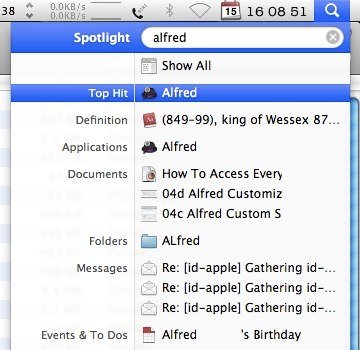 You can access the settings from System Preferences. Arrange the order according to which group should appear first. If you want to use Spotlight as an application launcher, put “Applications” at the top.

You could also set the key combination that you’d like to use.

If you keep yourself updated to the human stories behind the computer technology, you’ll know that one of QuickSilver main creator leave the project to build QSB (the short for Google Quick Search Box). Some says this is the improved version of QuickSilver, others disagree with the statement. 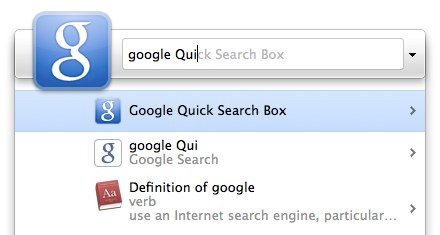 Alfred is one of the latest to enter the battlefield. People are saying that this baby has potential. Aside from the simplicity in the interface, the functionality is also top notch.

This app started as a Windows app, and then expanded its reach to the Mac world. So it’s only natural that most documentations about this app are on the Windows side. 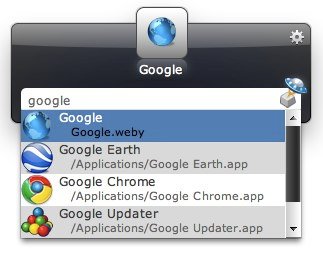 The basic functionalities are the same with other launchers, but what makes this app different is its wide choices of unique skins. 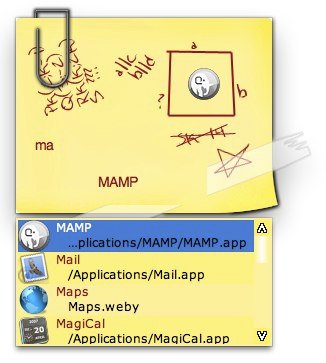 This little app maybe one of the simplest Mac launcher alternatives available out there. It just a launcher without extra bells and whistles. You just call it forth – it will appear under the menu bar, type a couple of first letters of the applications that you want to launch, and hit enter. 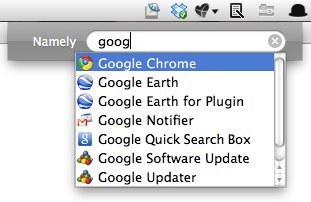 As time goes by, the app will learn your habit, and put the apps that you launch most at the top of the list.

There are some customization that you can do from the Preferences (Command + Comma): the shortcut keys combination, the choice to start Namely with your system, and the window color and style.

If you want to, you can also choose to exclude classic applications, and make a blacklist of applications that you don’t want to include in the Namely list. 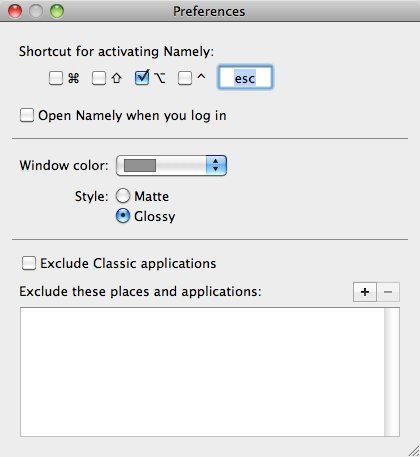 Which One Should You Choose?

Well, that’s the unavoidable question that goes along with comparison list like this. The standard answer is that you should try them all and decide it by yourself. But here are some friendly tips:

And for those indecisive people, nobody says that you must choose only one.

Do you know other alternatives to free application launcher for Mac? If you do, share them using the comment below.