When you ask most people about how they are liking iOS 6, you would get a common consensus that it’s been going pretty well for them. However, when the subject of maps comes up, that becomes a different story. For iOS 6 users, Google Maps was nixed from the software. This resulted in Apple having to build the software from the ground up, creating a glitchy product with horrid graphics. Apple has acknowledged that their mapping service isn’t perfect, but it is growing. However, if you can’t wait that long, no worries, we have four apps that could fill out some of the features previously found in Google Maps – all of which are free!

Waze is a free voice navigation mapping application that depends on the traffic reports of the users. Traffic reports are made by allowing passenger users to take images and report when a crash is near by. If a high concentration of users are moving slower than normal, this could be due to traffic, for example. This is shown without the driver or passenger having to enter anything. 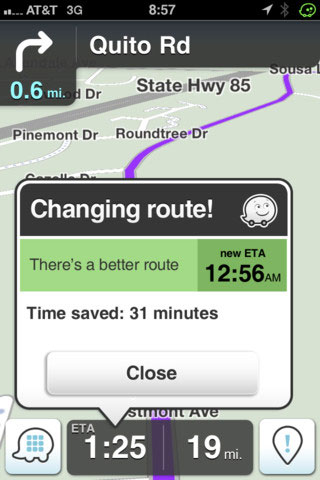 If you miss a turn or if a closed road is reported, the application will automatically re-route for you. Outside of traffic and mapping services, some social features include being able to share your location with friends, allowing them to know where you are going and how long it will take you to get there. Lastly, just having the app active allows you to get points for the miles traveled. 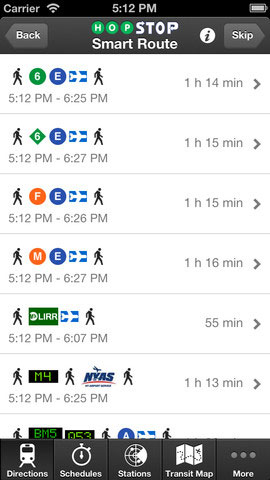 The transit application for Google Maps was quite useful on the iPhone. However, now that the iPhone is sans Google Maps, the three points we look for with a transit replacement would be well organized transit times, possible pricing information, and enough ways to get alternative routes.

The best application we found that met all these of the criteria is HopStop for iOS. Not only do you get subway and bus information, you can also get walking directions and even taxi information. You are able to get directions from where you are, find modes of transportation that is friendly to the disabled. You can also view maps, get schedules, get estimated time and costs for taxis.

HopStop doesn’t work in all markets, however, the amount of locations it is available in is still a vast number, ranging from the usual markets like San Francisco and LA to smaller ones like Halifax, CAN and even St. Petersburg, RUS. 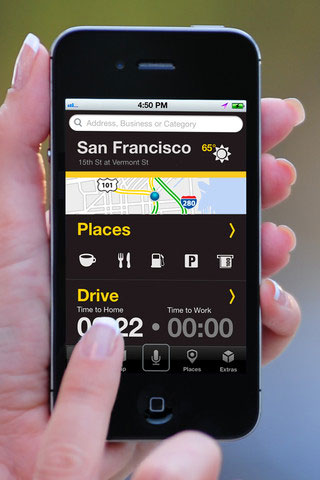 The next feature from Google Maps that is a bit incomplete or at least lacking is good selection of businesses and restaurants. Instead of listing the likely choices, like Yelp or Urbanspoon, we decided to try another award winning application – Scout. This app allows you to find affordable gas, great places to eat, and other searchable locations. You also can get voice navigation directions with real time traffic. In a place with bad connection, their offline mapping technology known as “Always There” has your back. With Telenav’s well renowned mapping technology, you are ensured the best navigation coupled with the best in location searching.

The last application we will cover in this listing is an outright replacement for Google Maps for iOS. This is due to how Maps+ uses Google’s API in their mapping application, this means you are using the same map used before iOS 6. You can still view in all three mapping modes, find where you are, get directions to various locations, location based reminders, and much more. 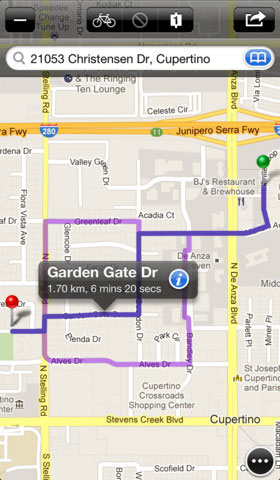 On the social media side, Maps+’s Twitter integration allows you to view tweets on a map, depending on if location was attached to said tweet. This is all in a stripped down design, with searching and direction buttons out of view for a more open viewpoint. This makes greater use of the iPhone 5’s larger screen. Did we mention, Maps+ is free to use.

What other apps do you use to replace the features in Google Maps?