If you don’t care much about how a new tab looks, whenever you do open one you just see the plain Google logo. After all, it’s not like you’re going to be looking at it for very long, and you may also have way too many extension icons anyway.

Some users don’t mind another extension icon if it means that the new tab is finally going to have some style. It probably already does have some style, but you may have come to the conclusion that the still wallpaper just isn’t cutting it.

You’re absolutely going to love the Chrome extension that makes the moving 360-picture active. It’s called SVRF Tabs, and using it is ridiculously easy. All you have to do is open a new tab, and Chrome will let you know that your new tab page has been modified. 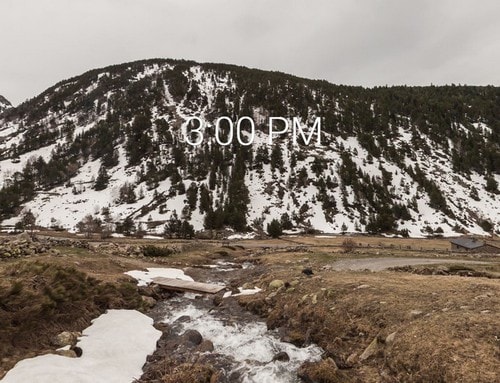 This is simply a security measure to keep extensions from taking over your new tab. Just click on “Keep Changes” when the pop-up appears. The next thing you know, you’re going to be looking at a random 360-degree photo the extension has chosen for you.

If you do nothing when you open the tab, the image is just going to turn to the sides on its own. At least during my testing, it moved to the left on its own. When you put the mouse cursor over the image, it’s going to turn into a hand that will have a firm hold on the picture when you click on it.

Move the cursor in the direction you want the image to turn. You will need to do this a few times to see the 360-degree view of the picture. The Chrome extension lets you see absolutely everything about the image, right down to the very top and the very bottom of the image.

Be Careful with One Thing

One word of caution is that if you get dizzy very easily, it’s not recommended that you click on the image and move it to the sides rapidly. It will seem as if there is an earthquake going on in that tab.

You will also see the time right in the middle of the image which is also a great add-on. If the clock bothers you, I’m afraid there is no way to remove it – it’s there to stay. Every time you open a new tab, you’ll see a new 360-degree picture. Unfortunately, there is no way to choose what kind of image will appear.

You might want the tab to show you pictures of cars or puppies, but you’ll just have to settle for what the Chrome extension shows you. You won’t be disappointed since the pictures it has shown me so far are actually pretty nice.

With this Chrome extension you’ll have two ways to open a new tab, the second one being by clicking on the icon of the extension itself. If you want to share the Chrome extension with your family and friends, you’ll find the sharing icon on the lower left-hand corner. You can either create a link or share on Facebook or Twitter.

If you want to give your new tabs an ultimate look, then you need to try this Chrome extension. The 360-degree pictures it will show you are amazing. Hopefully, they will add the possibility to choose what you’re going to see in the near future. Do you think that you’ll give the extension a try? Let us know in the comments.

6 Chrome Flags You Should Enable to Boost Your Browsing

Why You Should Use Two Browsers for Your Daily Browsing